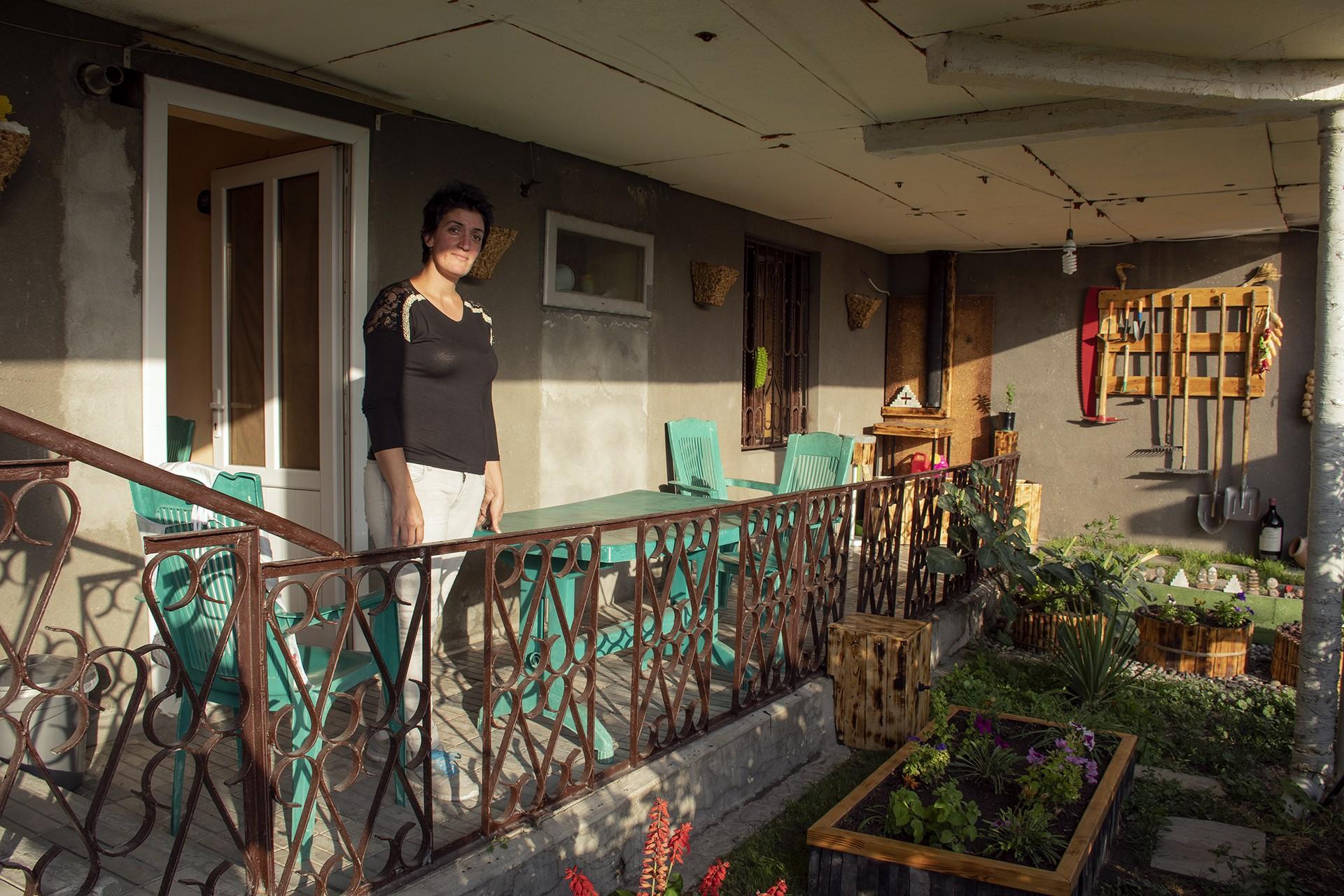 "Even if I go hungry and sleep on the street, I don’t think about returning to Lebanon."

On August 4, Khatoun Khorigian and her two daughters were at home in Bourj Hammoud, an Armenian-populated suburb of Beirut.

They had purchased airline tickets for Armenia months before. Then came the pandemic and the protests throughout Lebanon. The family’s plan to come to Armenia was put on the backburner.

Khatoun tells Hetq that on August 4 she had asked her daughters, “Who wants to visit Armenia?” Before they even uttered the words “I do”, the house shook.

They first thought it was an Israeli air strike and only later found out that something exploded in the Beirut port.

"The sky was red, black and white dust, such dust had spread that it was difficult to see each other," says Khatoun.

As per usual, Khatoun's eldest son, Yeghig, went for a walk that day. He always walks along that edge of the harbor. The family phoned him several times after the explosion, but he did not answer. Khatoun says she thought the worst had happened. Fifteen minutes later, the eldest daughter spotted Yeghig in the yard. He and his friends had gone to the Armenian club that day.

The explosion damaged all the windows in the house. It was a terribly powerful blast. But the mental anguish resulting from the explosion was more powerful.

All in the family, from young to old, lived unimaginable moments that fateful day.

On August 18, Khatoun Khorigian and her three children arrived in Armenia for permanent residence. It’s their first visit.

Khatoun says that when they got off the plane, the eldest daughter, 14-year-old Stefani, started crying and couldn’t control her excitement.

Khatoun tells Hetq that when her mother was pregnant with her, she had visited Armenia and made a vow to baptize the girl in Etchmiadzin. That never happened. Khatoun was baptized in Beirut.

Khatoun describes how her mother worried that by breaking her vow she had consigned her daughter to a life of trial and tribulation.

41 years later, Khatoun has partially fulfilled her mother’s vow. After her plane touched down in Yerevan, she asked the taxi driver to take her to Etchmiadzin.

Mrs. Khorigian and her three children have been living on the first floor of a rented house in Yerevan’s Kanaker-Zeytoun district for the past two weeks. Paying the monthly rent of 120,000 drams ($245) is the first difficulty the family has faced in Armenia.

There’s a small, well-tended garden behind the house full of roses and vegetables. Khatoun says it belongs to her landlord who lives on the second floor.

Mrs. Khorigian hopes her husband can soon join the family in Armenia. He’s a security guard in Beirut and earns $80 a month. It’s the steady job that keeps him in Lebanon and the fear of not finding work in Armenia. She says he wanted to move to Armenia more than any of them.

Khatoun says it’s a paltry amount for living in Lebanon where prices for the basics are increasing daily.

At nineteen, Yeghig is the eldest child. He was studying the jewelry business in Beirut. He’ll work too if he finds a job, says the mom.

This September, the youngest daughter, Melissa-Maria, will go to school for the first time.

"I am very happy to be here. My children are also very happy, because it was hell there. There we would feel that we were guests, especially since peoples of different nations had increased. We lived with much fear there," says the Lebanese-Armenian woman, adding that they all feel safe in Armenia. “My little girl can play outside and even go to the nearby store.”

Khatoun says she has still not gotten use to the fact that there’s electricity around the clock in Armenia.

“After one batch of laundry is done, I rush to fill the machine with more, forgetting that there’s always electricity here, that there is water. For years, I’d get up at two in the morning to do the laundry. It was quite stressful. My husband would bring large gallon jugs of water to the house in Beirut. Here, you just turn on the tap.”

Mrs. Khorigian still must find work. The rent is coming due and they have little money.

Relatives from Lebanon often ask her how life is in Armenia, whether she wants to go back. Khatoun response is a categoric “no”.

"Even if I go hungry and sleep on the street, I don’t think about returning to Lebanon."

Photo and video by Narek Aleksanyan