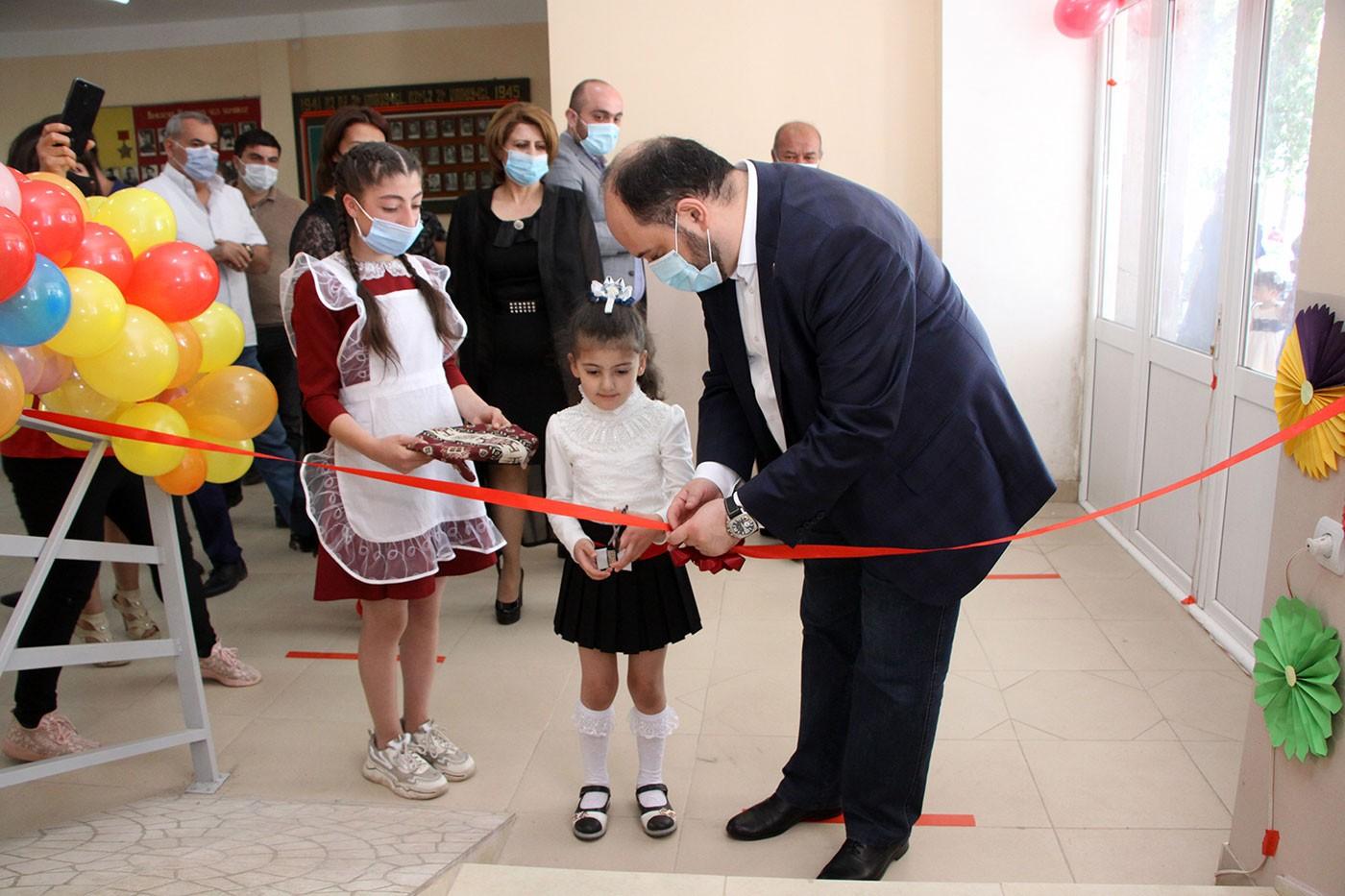 21 New Preschools to Open in Armenia

Armenian Minister of Education, Science, Culture and Sports Arayik Harutyunyan today kicked off his visit to of some of the country’s 21 new preschools opening this month.

His first stop was the Aragatzotn village of Gegharot community.

"Pre-school education is a pillar of a successful start to the educational process at school. The establishment of schools because of such programs is a precondition for having a literate, educated citizen tomorrow," Harutyunyan said in Gegharot

The minister also visited the new preschool in Kotayk’s Geghadir community where a young girl named Anna showed the minister the toys and colorful cubbyholes for her friends.

Public scholls throughout the country are scheduled to open on September 15.