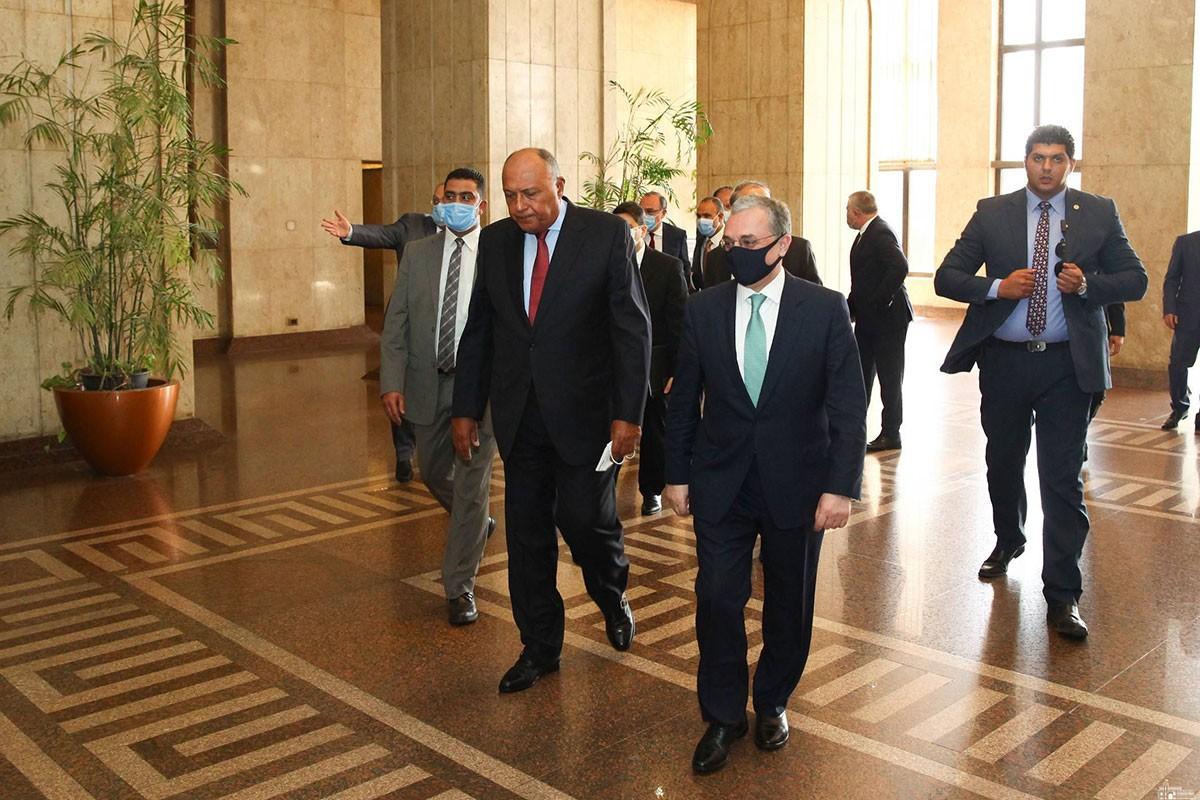 Mnatsakanyan is in Egypt on an official visit.

"The Armenian people are intertwined with Egypt and the Arab world by strong historical and cultural ties, and together they have travelled a long historical path. Relations between our countries and peoples are a vivid expression of trust and real friendship," Mnatsakanyan is quoted as saying according to a statement released by his office.

Regarding multilateral cooperation, the ministers highlighted the importance of closer and consistent contacts, as well as mutual support in international and regional organizations, including within the frameworks of the EAEU and the African Union.

The two ministers exchanged views on the ongoing developments in the Middle East, North Africa, the Eastern Mediterranean and the South Caucasus and stressed the role of international cooperation in neutralizing transnational threats, as well as the peaceful settlement of conflicts, were particularly emphasized.

Mnatsakanyan and Shoukry highlighted the protection of religious groups as a key sphere of cooperation in the international arena.

The two also exchanged views on the COVID-19 pandemic and the steps undertaken at the national level to overcome its consequences.

A joint press conference followed the meeting of the ministers.