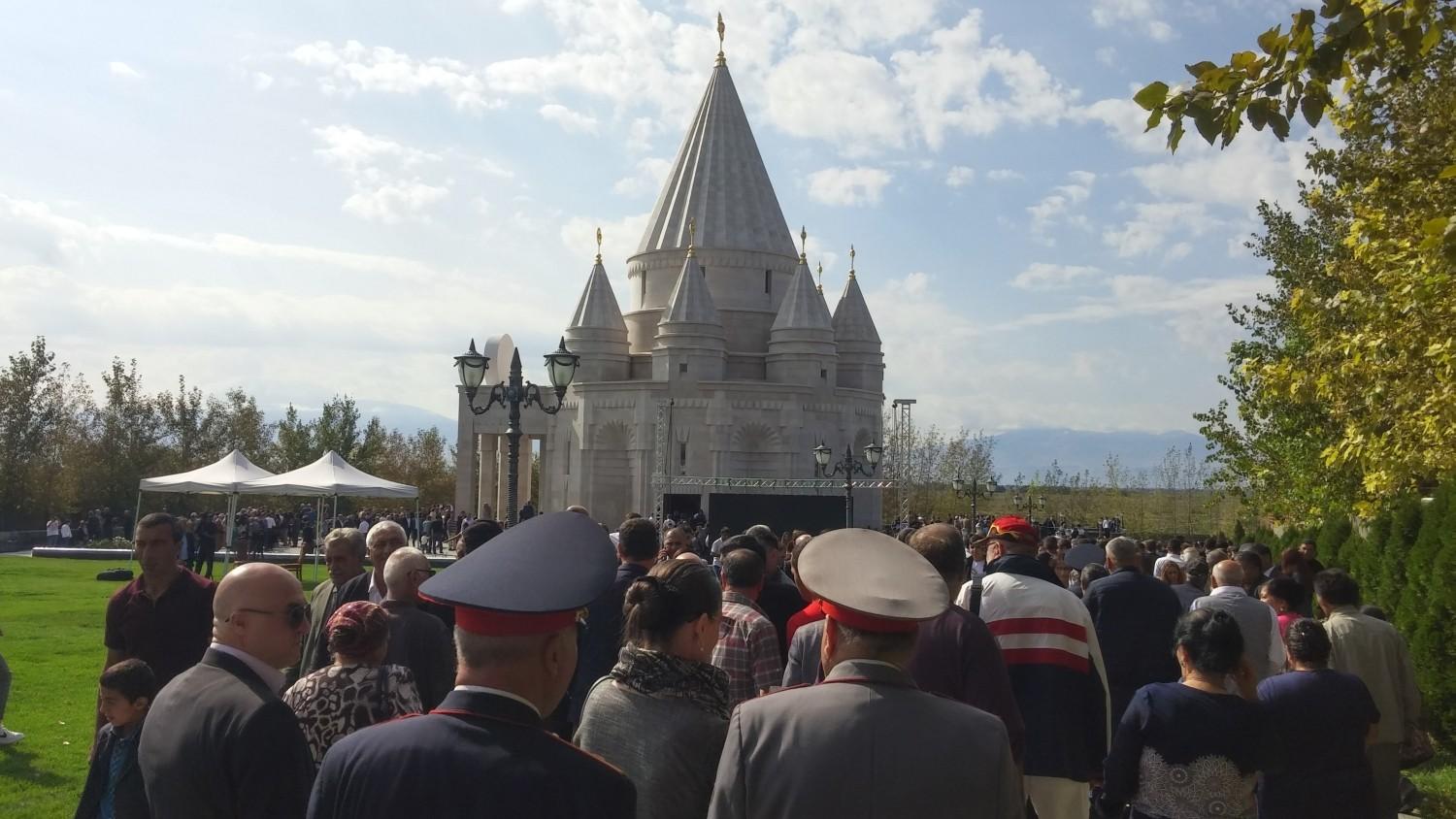 Dispatches from Aknalich: Marking the 1st Anniversary of the World's Largest Yazidi Temple in Armenia

By Pietro A. Shakarian

One year ago this month, on the morning of September 29, this writer set out with colleagues on a 40-minute drive outside the Armenian capital Yerevan to Aknalich, a small village in the shadow of the Biblical Mount Ararat in the southeast corner of post-Soviet Eurasia. Located just west of the “Armenian Vatican” at Etchmiadzin, the village’s name – literally “Eye Lake” in Armenian – is derived from its small but prominent eye-shaped lake.

Its population of 2,500 is split between ethnic Armenians and Yazidis, a Kurdish-speaking ethnoreligious group and the largest ethnic minority in Armenia.  The aim was to attend the dedication of the world’s largest Yazidi temple in the village, known as Quba Mere Diwane (roughly translated as “Come Together”). The temple was funded by Yazidi businessman and philanthropist Mirza Sloyan (who passed away in Munich in November) and was designed by Armenian architect Artak Ghulyan (who also designed the Armenian Holy Transfiguration Cathedral in Moscow). 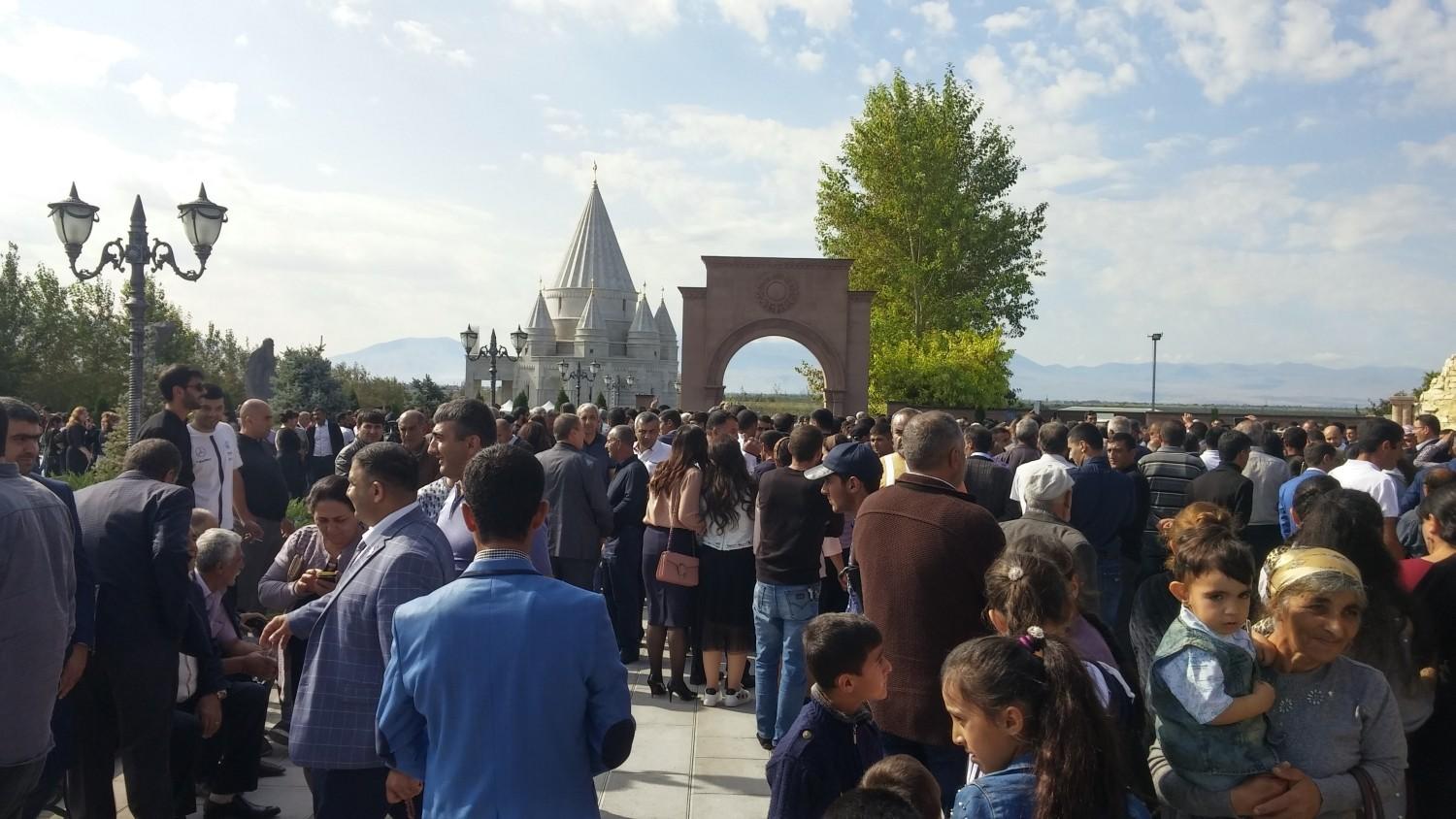 Quba Mere Diwane is the second Yazidi temple completed in Aknalich. The smaller Ziarat Yazidi temple opened in 2012 and was the first to be dedicated outside of Iraq. A Yazidi-Armenian Friendship memorial complex was also opened near the temple, underscoring Yazidi-Armenian cooperation and shared pain and persecution – the Genocide of the Armenians by the Ottomans in 1915, and the Genocide of the Yazidis at the hands of ISIL in 2014.

A Dedication to Remember

As our taxi sped across the sunbaked Ararat plain, the weather, which had been cool in the morning, became progressively hot. At Aknalich, there was a large crowd of attendees. This writer had traveled to the village one year earlier, in 2018, when the larger temple was still under construction. However, it had never been as crowded as it was on the momentous day of the dedication.  The massive throng embraced Yazidis from all over the world – Armenia, Russia, Iraq, Georgia, and other countries (certainly more visitors than the little village could handle!). 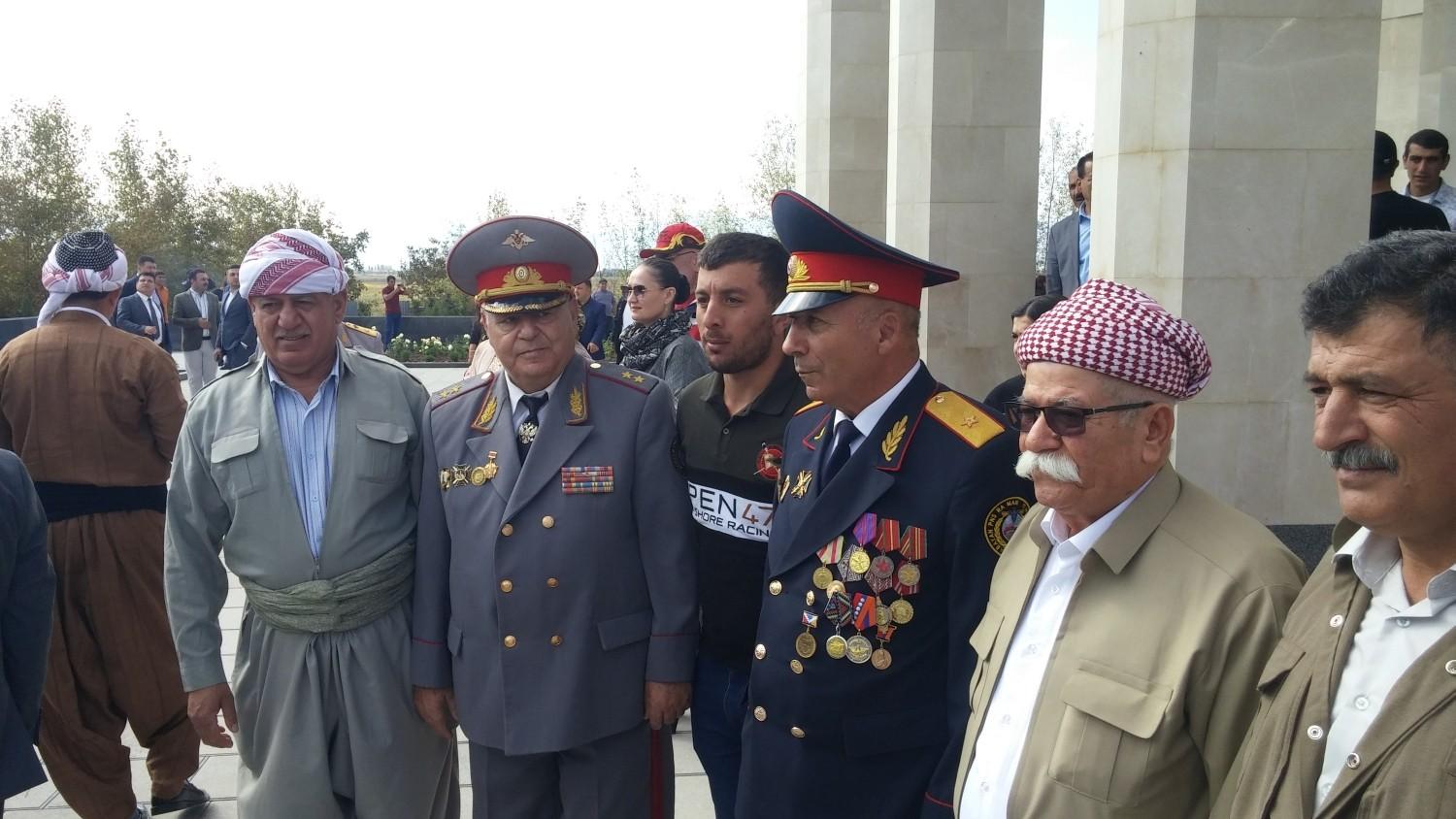 The big temple itself was just as extraordinary in its sheer scale.  Inside the building, thousands of faithful came forward to honor the sacred Yazidi figure of Melek Taus (the “Peacock Angel”) as women ululated and enthusiastic onlookers sought to capture the moment on their iPhones. 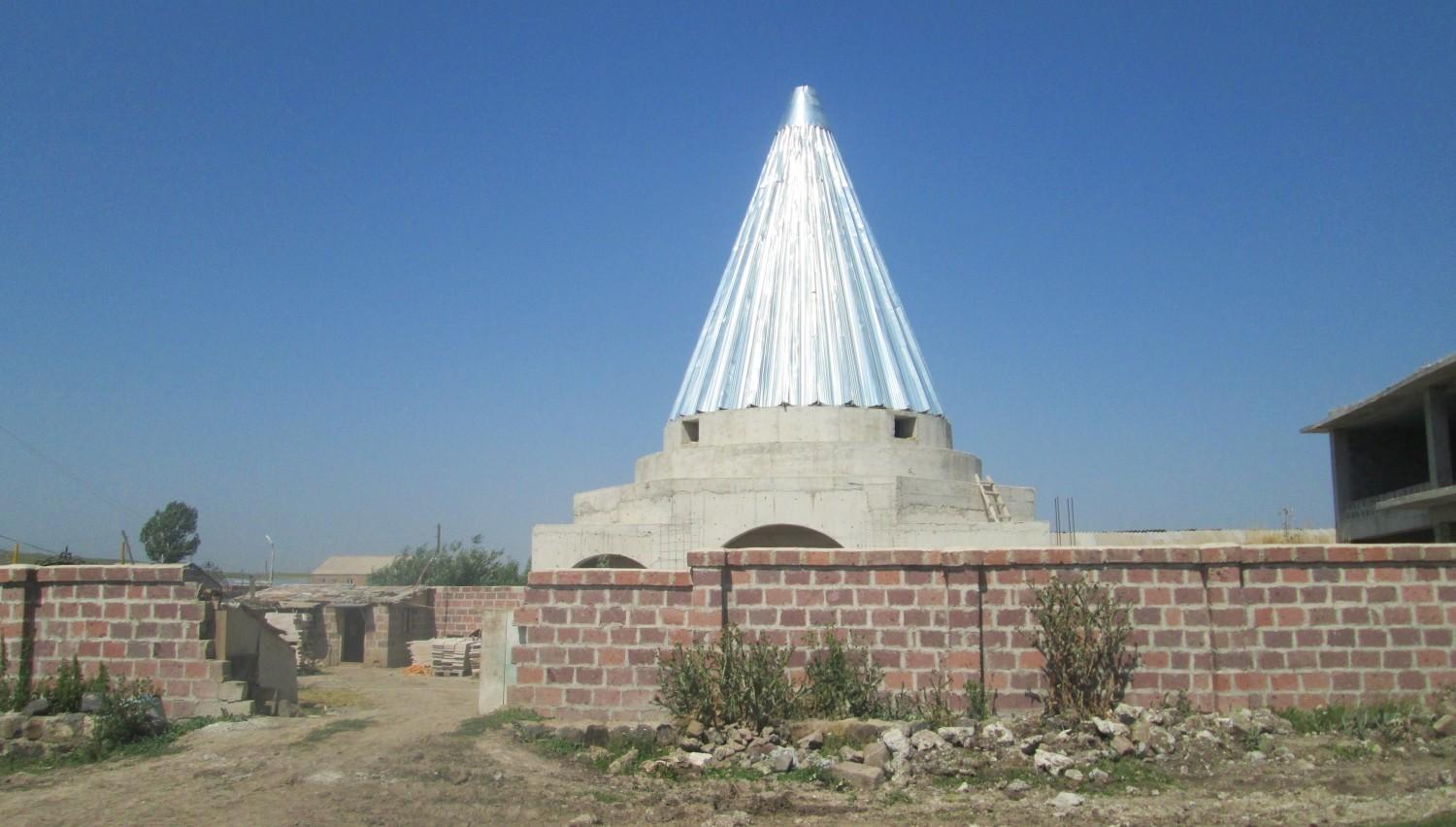 The two temples at Aknalich are not the only Yazidi religious structures in Armenia.  If one travels north from Yerevan, along the road connecting the Armenian capital to the city of Aparan, one encounters a cluster of Yazidi villages in the vicinity of Mount Aragats.  One of the most prominent of these villages, Rya Taza (“New Path”), now features a Yazidi temple of its own. 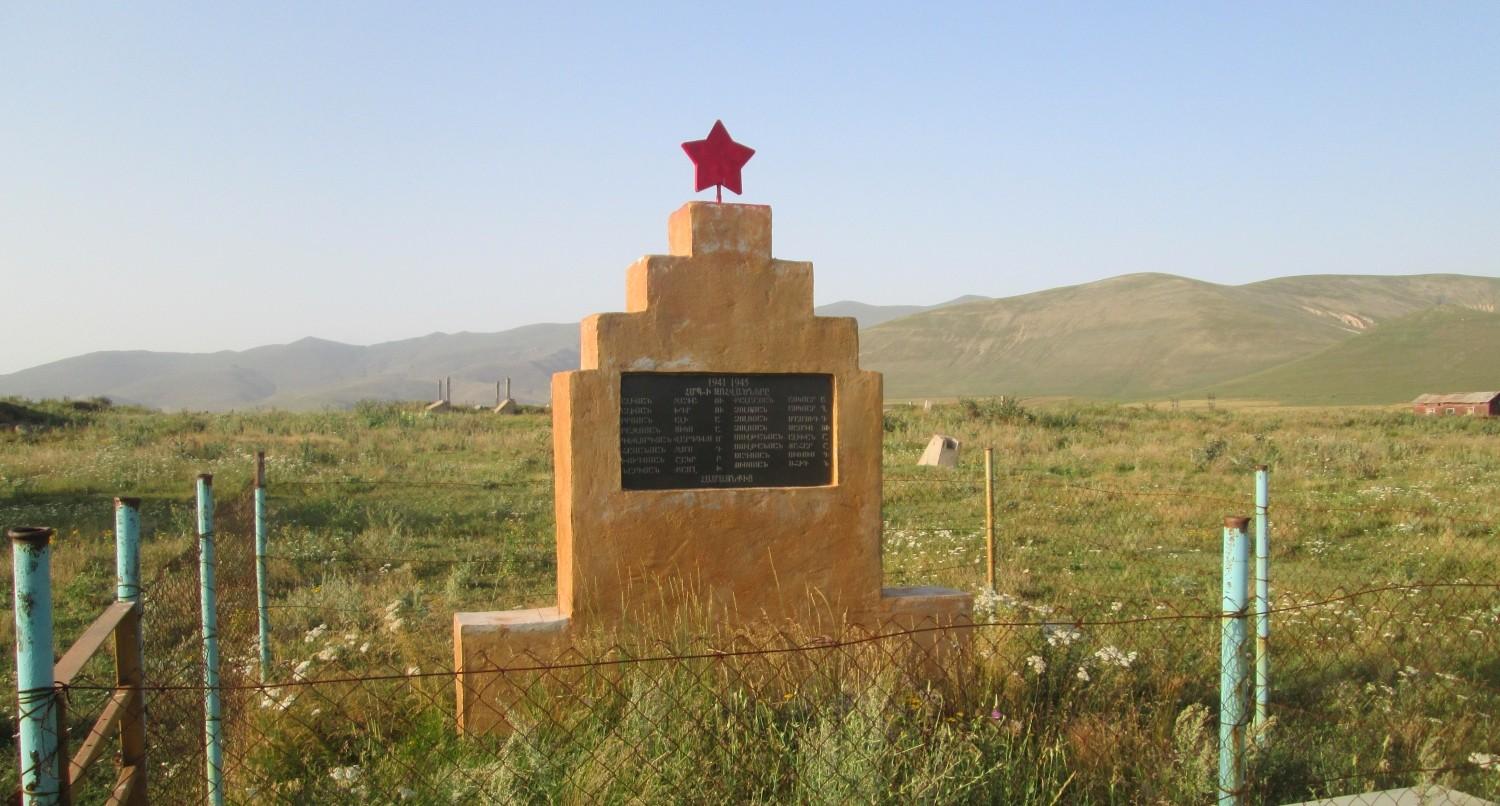 North of Rya Taza, close to the mountain valleys of the northern province of Lori, stands the Yazidi village of Jamshlu and its modest Soviet-era World War II memorial.  Here too, in the remote Yazidi villages of northern Armenia, miles from the great metropolis of Moscow, the memories of the local Yazidi heroes of the Great Patriotic War are solemnly preserved by the villagers.

Who Are the Yazidis?

The Yazidi faith is distinctive and brings together elements of Christianity, Islam, and Zoroastrianism.  Although their most sacred sites (Lalish and the Sinjar Mountains) are in northern Iraq, they also have a longstanding historical presence in the Caucasus region, especially Armenia.  The story of the contemporary Yazidi communities of post-Soviet Eurasia truly begins in the early 19th century, as Imperial Russia expanded south toward the frontiers of the Ottoman and Persian Empires. 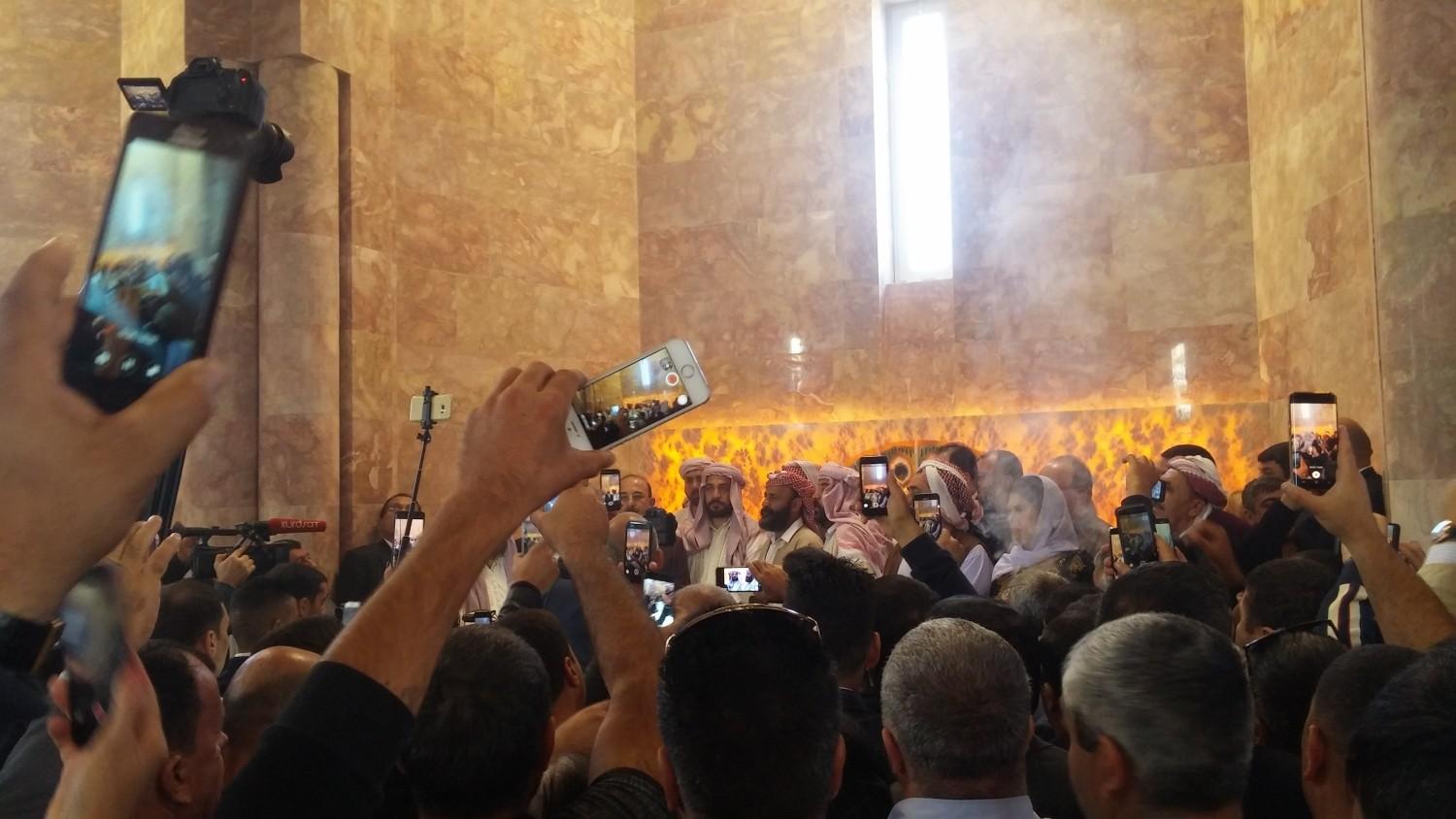 The Russian presence provided a safe haven for Yazidis persecuted by Ottoman authorities as “devil-worshippers.” No less a cultural figure than Aleksandr Pushkin himself encountered them during his Journey to Arzrum and found the “devil worshipping” charges totally unfounded. The presence of this curious confessional minority in Russia’s southern borderlands also fueled the fascination of Russian Orientalists, whose interest in the Yazidis and Kurds of Transcaucasia translated itself into the prominent place of Kurdology in Imperial Russia.

The interest was enhanced after the Russian Revolution of 1917.  In the era of Lenin’s New Economic Policy (NEP), the Soviet government emphasized the importance of khorenizatsiya (nativization) to make their revolutionary message palatable to various ethnic and confessional groups across the vast Eurasian landmass.  Kurmanji-speaking Kurds and Yazidis were no exception. 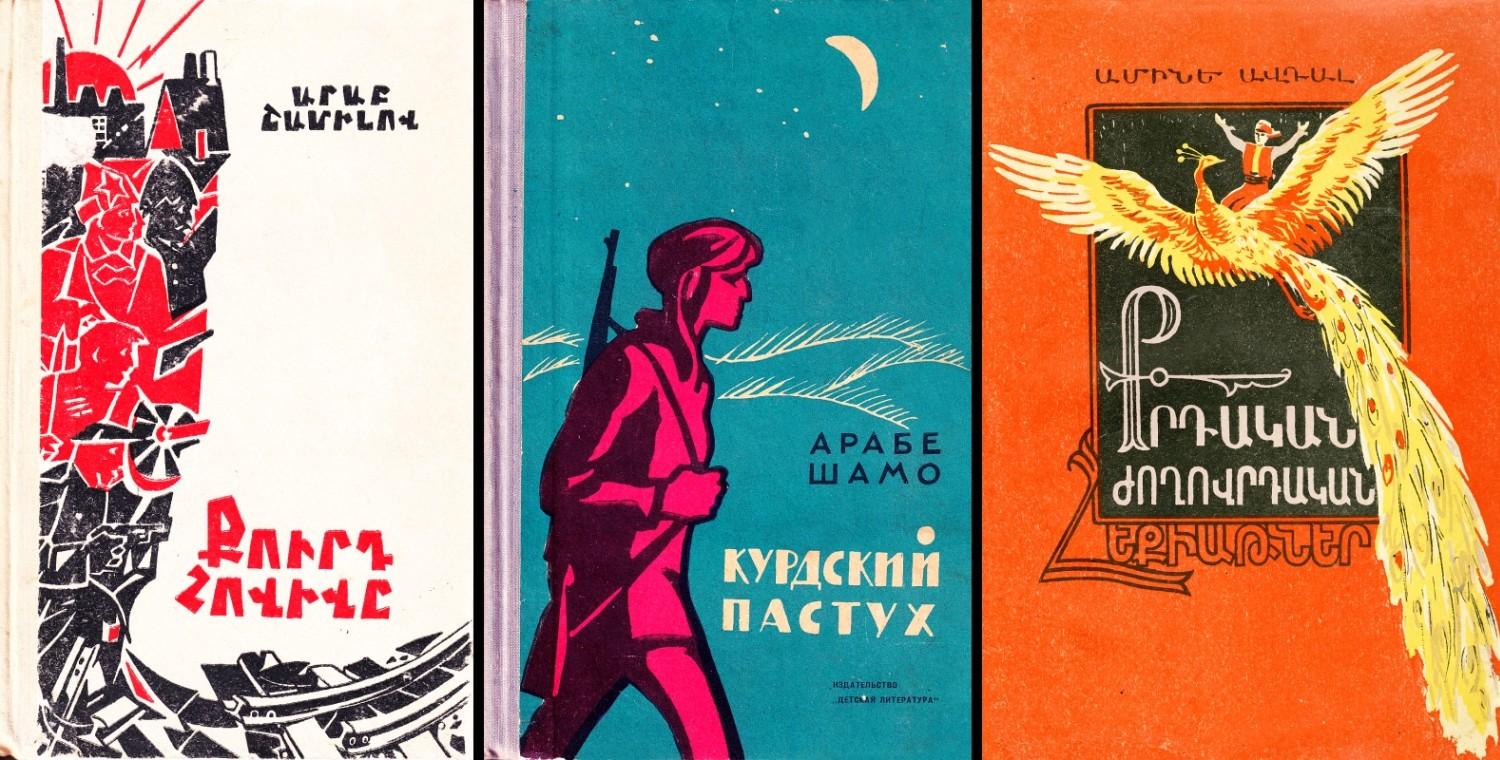 It was the USSR that developed the first standardized Kurdish alphabets in the Armenian, Latin, and finally Cyrillic scripts.  The Yazidi author Ereb Shamilov became the first Kurdish novelist, while the first Kurdish film – Zare (1926) – was produced in the USSR by Armenkino. Kurdish radio broadcasts from Radio Yerevan provided spiritual sustenance to millions of oppressed Kurds beyond Soviet frontiers.

A Question of Identity

Are the Yazidis simply Kurds or a separate people entirely?  It depends on who you ask.  For most Kurds, the answer is obvious – Yazidis are Kurds and, in fact, some scholars, such as Mehrdad Izady, go so far as to argue that the Yazidi faith is a descendent of the original faith of the Kurds before the advent of Islam.  For decades, Russian Orientalists and Soviet ethnographers shared this view, pointing to the shared Kurmanji language of the Yazidis and Muslim Kurds.

However, since the dissolution of the USSR, the Yazidis of the post-Soviet space have been split on the identity issue, particularly in Armenia and Georgia.  Some have fully embraced an independent Yazidi identity, separate from the Kurds. Others have opted to retain the Kurdish identity and have continued advocating for Kurdish national causes, with some flying the flag of the Kurdistan Workers’ Party (PKK). In Armenia, these two groups are divided geographically, with the more pro-Kurdish group concentrated in the north near Mount Aragats and the more pro-Yazidi group in the center on the Ararat plain, near Yerevan.  However, even this division is not rigid. 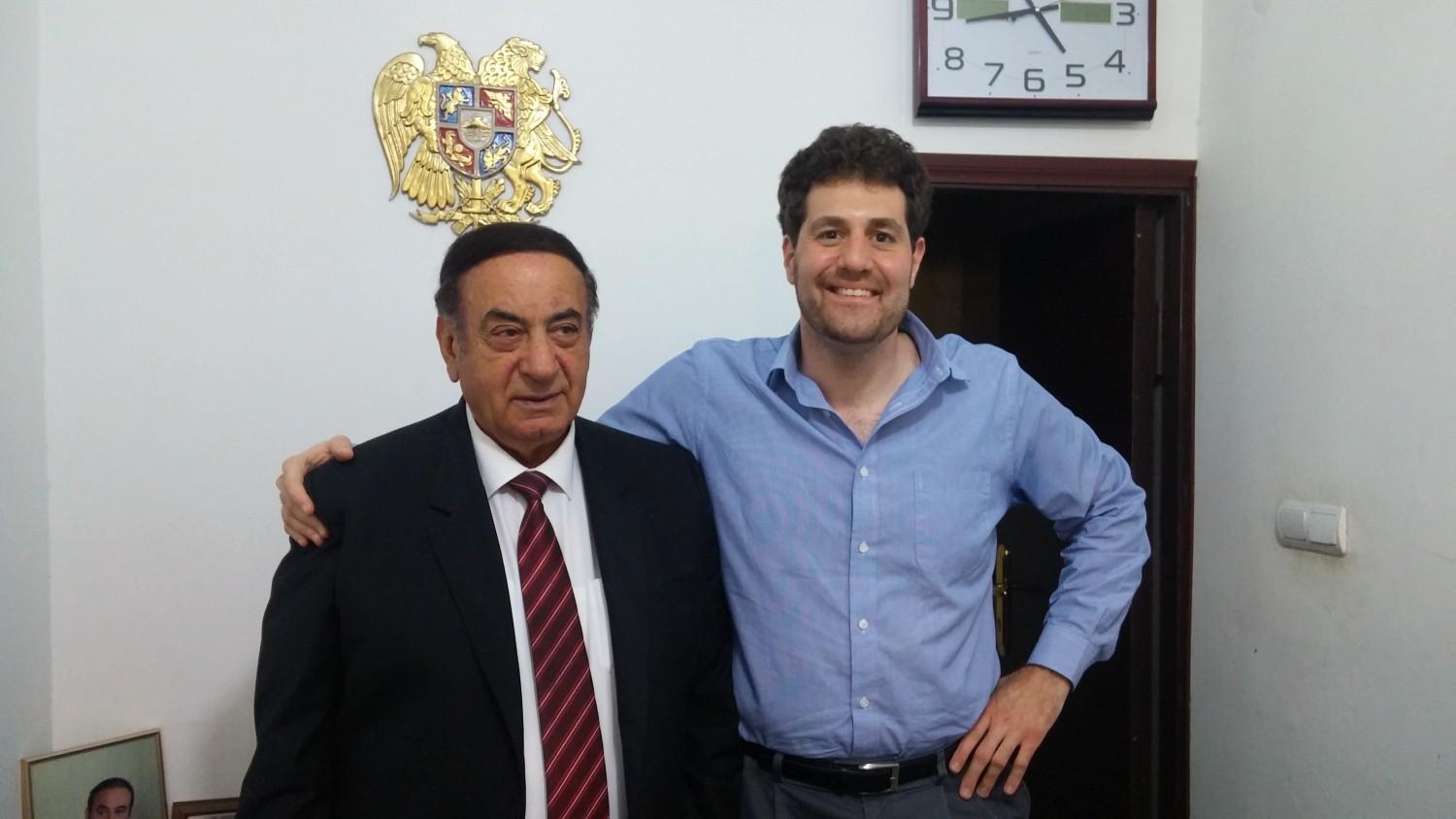 Ahead of the temple dedication, this writer had the opportunity to pose this question to a rather “princely” figure – Knyaz Hasanov, a Kurdish MP in Armenia’s parliament representing Prime Minister Nikol Pashinyan’s My Step party.  The name knyaz (“prince” in Russian) was bestowed upon the MP by none other than Armenia’s Soviet-era First Secretary Anton Yervandovich Kochinyan.  However, despite his royal name, Hasanov’s office was a small, unassuming place, with ornate oriental rugs decorating the floor.

The split between the Kurdish and Yazidi communities of Armenia personally pained Hasanov.  The division was “senseless,” he lamented, while sipping a freshly brewed cup of Armenian coffee.  Instead, he emphasized that all Kurmanji peoples needed to work together to achieve common goals, including Kurdish national aspirations in the Middle East.

As he swatted flies in his office ala Sydney Greenstreet in Casablanca, he further maintained that the Kurds could not depend on the good will of the Great Powers to realize such aims.  When asked if he planned to attend the dedication of Quba Mere Diwane, he pulled an invitation from his desk.  “Of course, I am going,” he said, smiling warmly. “I wouldn’t dream of missing it.”