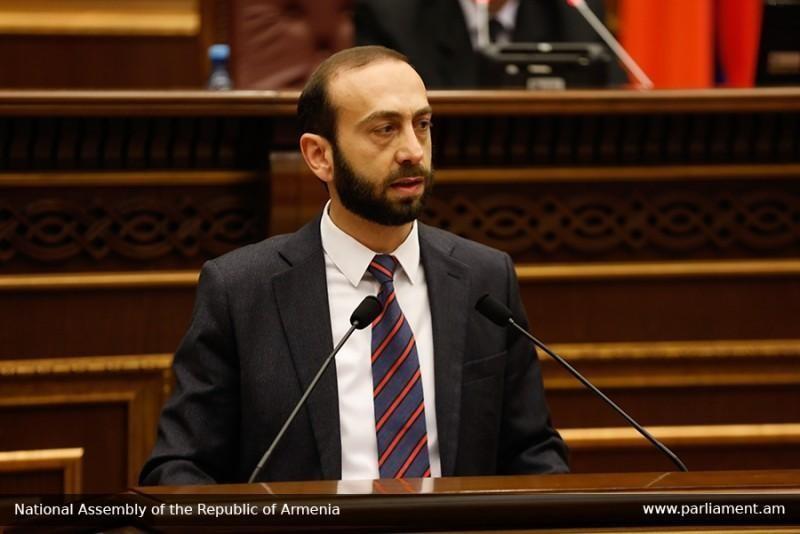 Armenian Parliament President: "Azerbaijan Has Declared War on Us"

Armenian National Assembly President Ararat Mirzoyan, at a special session of the parliament today, said that Azerbaijan had declared war today and that Baku wants to reoccupy Artsakh without any Armenians.

“A war has been declared against us. A largescale and cruel war, in which the enemy doesn’t merely wish to win but to destroy us,” Mirzoyan said.

The parliament speaker said that deep anti-Armenian sentiment is being stoked in Azerbaijan, from kindergartens to universities.

“If this weren’t the case, Azerbaijan would not have threatened to destroy the nuclear power plant, capture Yerevan, kill the sleeping Armenian officer Gurgen Margaryan, cut off the ears of the dead old man in Talish. The question is the existence of the Armenian people, we have no choice There is no other option. We must fight with fire, with all possible and impossible means, "said Ararat Mirzoyan.

Mirzoyan, said Armenians “must impose peace on the enemy”, adding that the freedom and physical security of Artsakh and Armenia are not negotiable.