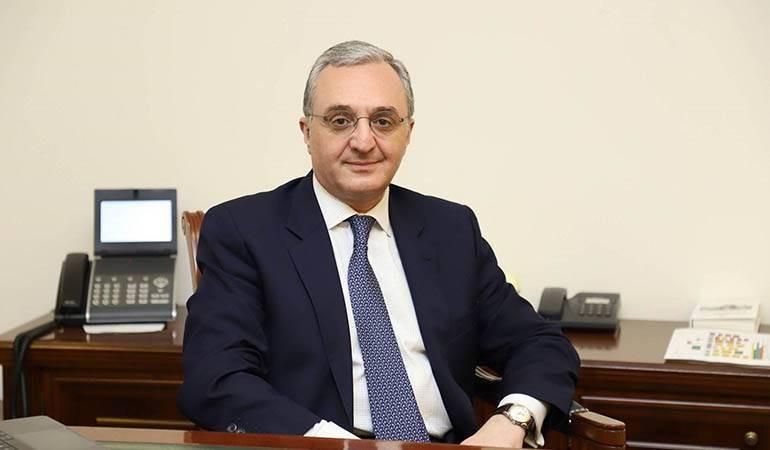 The Armenian Ministry of Foreign Affairs released the tfollowing transcript of the BBC interview.

BBC: Minister, I ask you to respond to the Azeri accusation that it was Armenia’s actions that sparked this conflict.

BBC: When you say the tensions remain very high would you regard it as something that could potentially spill over into a full-scale war?

Zohrab Mnatsakanyan: We have to make every effort to avoid that because that would be a massive destabilization of the entire region and we are rejecting such option. And again we are rejecting the military option for the resolution of the Nagorno-Karabakh conflict.

BBC: So when you say you are rejecting the military option what are you doing to try and make that manifest?

Zohrab Mnatsakanyan: At the moment the defence forces of Nagorno-Karabakh are left with little option but to defend themselves because they are now confronting massive attacks by the Azerbaijani armed forces across the line of contact between Nagorno-Karabakh and Azerbaijan. At the moment the priority is to repel the attacks of the Azerbaijani forces and to compel them to come back to the negotiating table.

BBC: Civilians have been killed in this recent spike in the conflict. Do you acknowledge that this region is internationally recognized as being part of Azerbaijan?

Zohrab Mnatsakanyan: Nagorno-Karabakh has been exercising its right to self-determination. Nagorno-Karabakh is a historical land of Armenia. The Armenian population in Nagorno-Karabakh they have been subject to massive discrimination throughout the entire period when by way of the decision of the Bolshevik government to transfer it to Azerbaijan.

BBC: So the answer to that question then is “no”. You do not recognize as the rest of the world does that Nagorno-Karabakh is internationally recognized as part of Azerbaijan.

BBC: You must be very concerned though that this could become a very dangerous and very serious proxy war. President Erdogan of Turkey is not only supporting Azerbaijan, not an easy promising support for Azerbaijan he said that it’s your country-Armenia, which was the biggest threat to peace in the region.

Zohrab Mnatsakanyan: President Erdogan and Turkey have been the most destabilizing factor in this entire situation. Turkey has been effectively projecting its power and destabilizing policies as they were doing across the entire neighborhood to Turkey from the East Mediterranean to the Middle East. They are basically exporting that destabilization to the region of South Caucasus. We do not welcome that and we totally reject that.

BBC: It is quite clear though that the Azerbaijani institutions and officials are very concerned about a large shipment of Russian weapons that have been sent to Armenia. Is Russia now supplying Armenia?

Zohrab Mnatsakanyan: Well, Armenia has been making sure that it is fully equipped with all the capacities to defend itself. Armenia is the only guarantor of the security of Nagorno-Karabakh. And we have been working with different partners.

BBC: Is that a “yes” when it comes to getting weapons from Russia?

Zohrab Mnatsakanyan: We are working with many international partners to secure sufficient capacities for defence of Armenia. And it is preposterous to hear such accusations from Azerbaijan who has been spending billions to arm itself in manifestation of their intention to seek military solution to this conflict.

Zohrab Mnatsakanyan: That is a higher risk which is going to be a total disaster for the entire region. They are not welcomed in this region.

BBC: And what would be your response if they were?

Zohrab Mnatsakanyan: Well, we will be left to face the enemy.

BBC: The enemy being Turkey?

Zohrab Mnatsakanyan: If they do so.

BBC: And in that context how much is Armenia relying on Russia?

Zohrab Mnatsakanyan: Armenia is relying on Russia, relying on all its other partners with whom Armenia has relations in terms of defence cooperation. Armenia is working with many other partners. And they have to remind that the peaceful settlement of the Nagorno-Karabakh conflict is happening within an internationally agreed format of the OSCE Minsk Group Co-Chairmanship, which comprises Russia, France and the US. And each of these countries have a very important role to play, to deter any escalation, any deterioration of the situation. And we are working very closely with all our partners specifically also including the Co-Chair countries.

BBC: There is suggestion that when your Prime Minister Nikol Pashinyan came to power in 2018 that there would be a new impetus in the long-stalled peace negotiations. And yet it does appear that he is adopting the same uncompromising position against Azerbaijan.

Zohrab Mnatsakanyan: We have engaged in the negotiations back in 2018 in good faith and in strong determination. However, what we have been facing from Azerbaijan is the maximalist position in which the interests and security concerns of Nagorno-Karabakh and of Armenia have been basically denied.