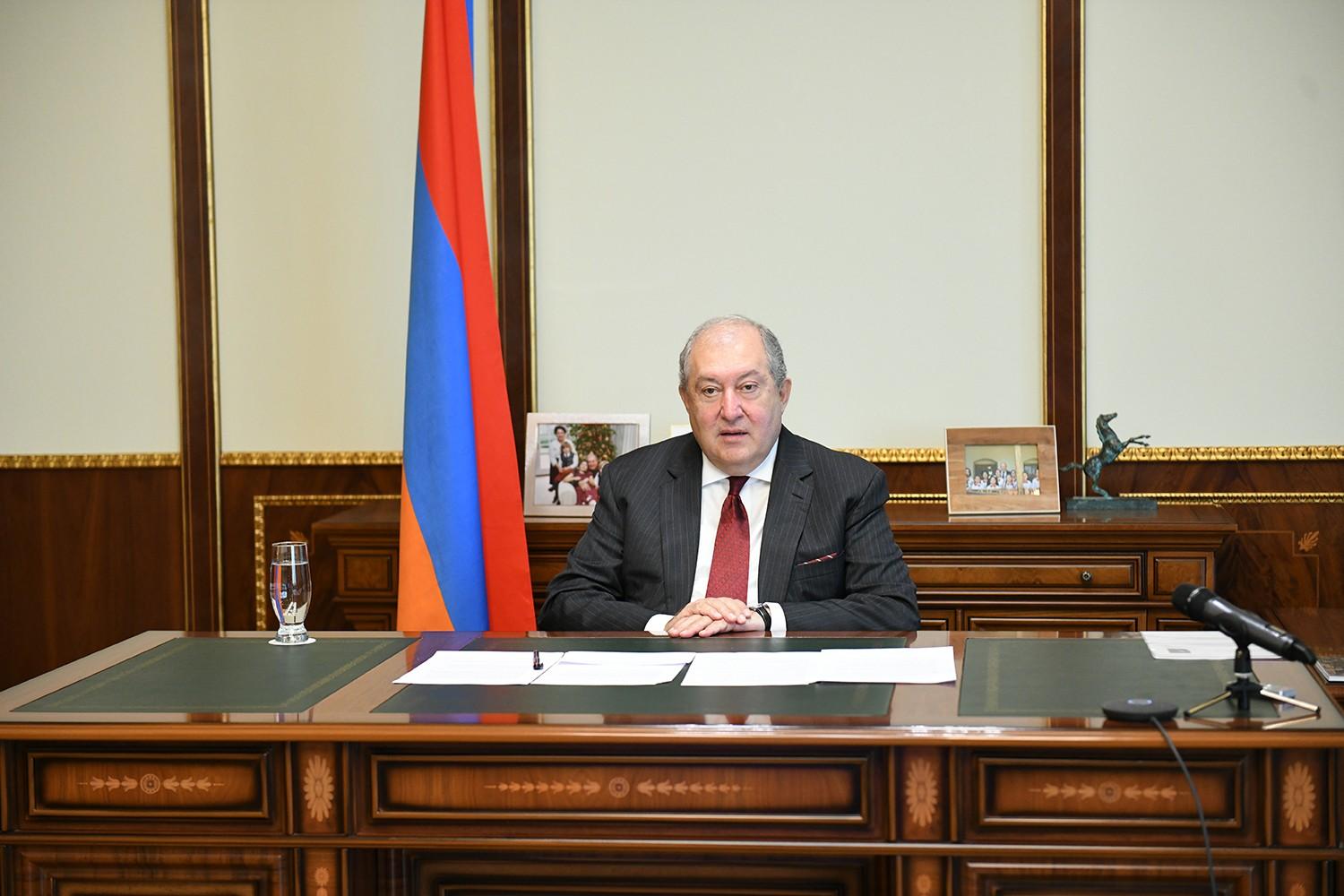 The Financial Times spoke with the President of Armenia Armen Sarkissian and ran an article entitled Turkey creating ‘another Syria in Caucasus’, says Armenian President.

The abridged version of the article follows.

Armenia’s president has demanded that international powers do more to stop Turkey’s involvement in the war for control of Nagorno-Karabakh, warning that Ankara is creating “another Syria in the Caucasus”.

Armen Sarkissian said Turkey’s military and diplomatic support for Azerbaijan in its conflict with the Armenian-backed enclave had displaced Moscow from its traditional balancing role between the two sides. He called on Russia, the US and Nato to restrain Ankara, describing it as “the bully of the region”.

“If we don’t act now internationally, stopping Turkey . . . with the perspective of making this region a new Syria . . . then everyone will be hit,” he told the Financial Times in an interview.

Hundreds of people have been killed and tens of thousands of civilians displaced by almost two weeks of fighting between Azerbaijani and Armenian forces over the region of Nagorno-Karabakh, an enclave inside Azerbaijan populated by ethnic Armenians.

It is the most serious conflict since a war that ended in 1994 with a shaky ceasefire agreement brokered by Russia, France and the US that left the region under Armenian control.

Since then Russia, as the regional hegemon, has stepped in to prevent sporadic military clashes between the two former members of the Soviet Union flaring up into full conflict. But Turkey’s backing for Azerbaijan and military support in the form of armored drones and militants flown in from Syria has challenged Moscow’s role as the supreme arbiter.

“We need more effort to stop this,” Mr. Sarkissian said. “And the focus of the efforts should be Turkey. The moment Turkey is taken out of the equation, we will be closer to a ceasefire and returning to the negotiation table.”

Russia has a military base in Armenia close to the Turkish border and a mutual defence pact with the country, which excludes Nagorno-Karabakh. President Vladimir Putin this week said Russia would adhere to that treaty if Armenia itself were attacked — 11 days after fighting erupted.

Moscow also has strong ties with Azerbaijan and important trade and defence relations with Turkey. It has sought to remain neutral in the conflict, leaving Armenia without a strong external backer.

“What is a NATO member state doing in Azerbaijan helping to fight Nagorno-Karabakh? Explain to me,” he said. “That completely redefines the role of NATO.”

“We had a ceasefire for more than 20 years . . . but now we have a full war,” Mr. Sarkissian said, describing Turkey as a “360-degree bully”. “That presence is destroying the balance. When there was no Turkey, the mechanism worked,” he added.

Baku has denied that militants, flown in from Syria by Turkey, have bolstered their regular troops. But one middleman in Syria told the FT that he had been contracted to recruit hundreds of fighters who arrived in Azerbaijan late last month.

Azerbaijan and Turkey’s approach, Mr. Sarkissian said, “means ethnic cleansing. Cleaning it up . . . they want that piece of land.”

“For Armenians worldwide . . . it reminds us of the genocide on Armenian soil,” he said, referring to the killing of an estimated 1.5m Armenians by the Ottoman Empire between 1914 and 1923. “This is a fight against genocide.”

He said Armenia would never abandon Nagorno-Karabakh and that “thousands” of ethnic Armenians living in other countries were already attempting to return to fight for the territory.

“They are the grandsons of the people who suffered the genocide,” he said. “Millions of Armenians from all over the world will come and fight for Nagorno-Karabakh, because they will not allow Turkey to finish what it started.”