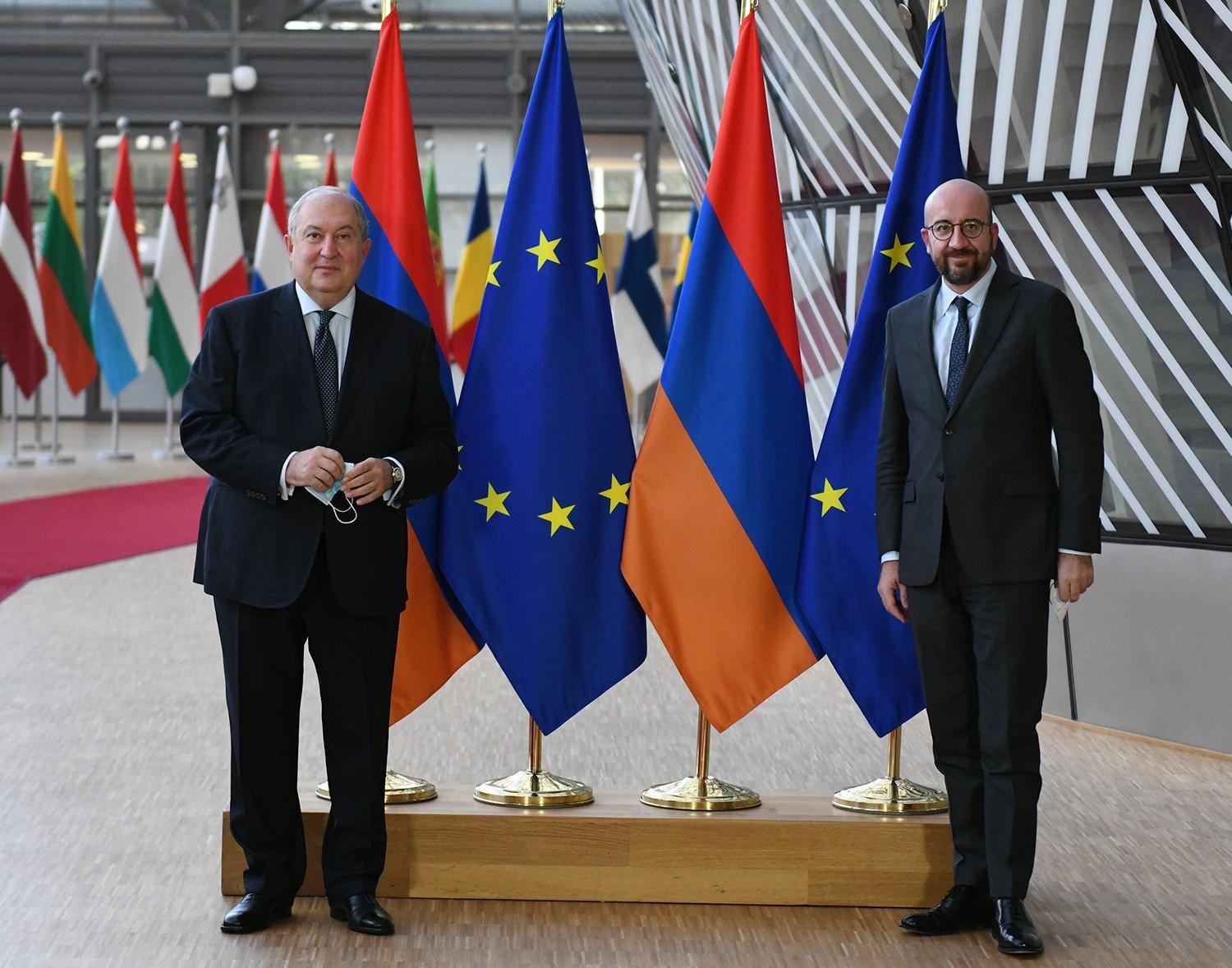 Armenian President Armen Sarkissian, now is in Brussels on a working visit, met today with President of the European Council Charles Michel.

Sarkissian, according to a statement released by his office, spoke in detail about the large-scale military aggression unleashed by Azerbaijan against the Artsakh Republic starting on September 2 and Turkey's military-political assistance to Baku.

"On September 27, Azerbaijan decided to abandon the peace process and unleash war, and Turkey provides full political, diplomatic and military assistance to it," said Sarkissian

"Violence in Nagorno-Karabakh must end," said European Council President Charles Michel, who expressed an interest in the regional developments taking place in the context of the conflict.

Sarkissian stressed that Turkey's policy in the region is destabilizing and poses a serious threat to the stability and security of the region.