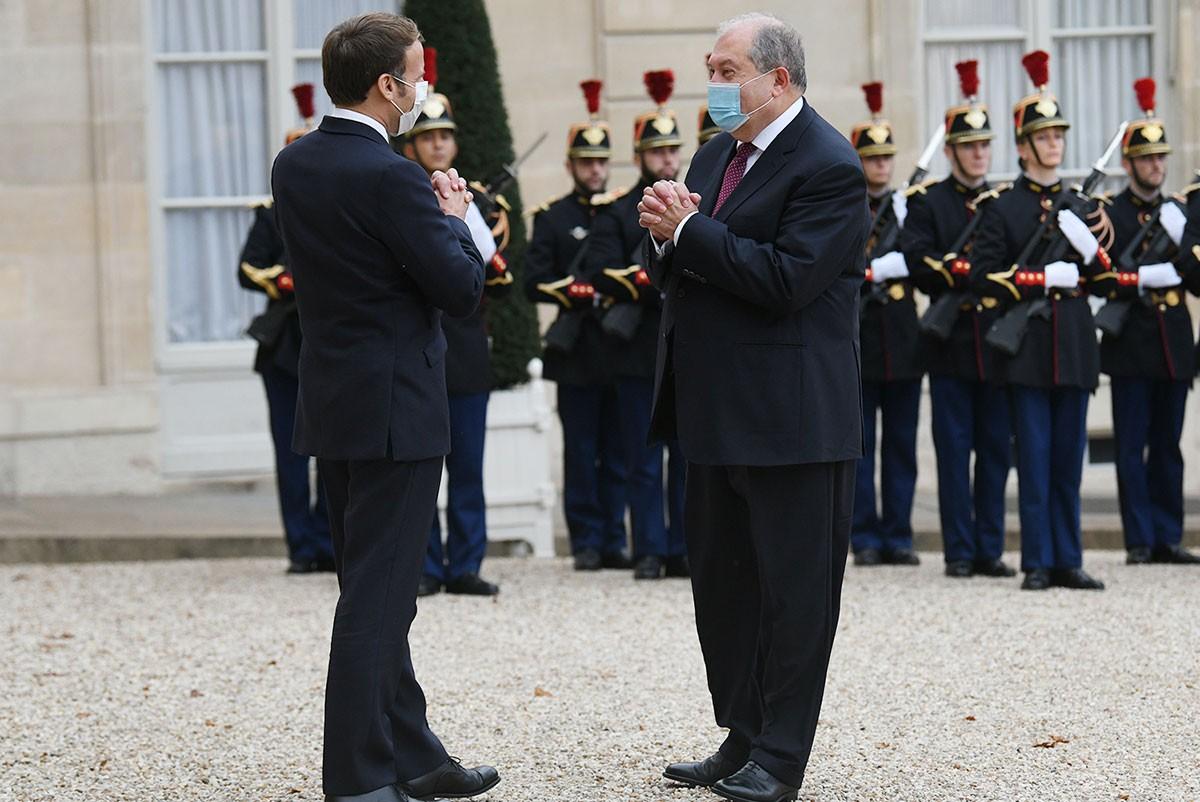 The presidents of Armenia and France met today at the Élysée Palace in Paris and discussed the fighting in the Karabakh conflict zone.

Presidents Armen Sarkissian and Emmanuel Macron concurred that there is no alternative to a peaceful resolution to the conflict and stressed the importance of implementing ceasefire agreements.

The Presidents underlined the role of the OSCE Minsk Group in the resolution of the conflict and stressed the importance of getting back to negotiations under the co-chairmanship of the Minsk Group.

President Armen Sarkissian arrived to Paris from Brussels where he met with the NATO Secretary General Jens Stoltenberg, High Representative of the European Union for Foreign Affairs and Security Policy Josep Borrell, and President of the European Council Charles Michel.