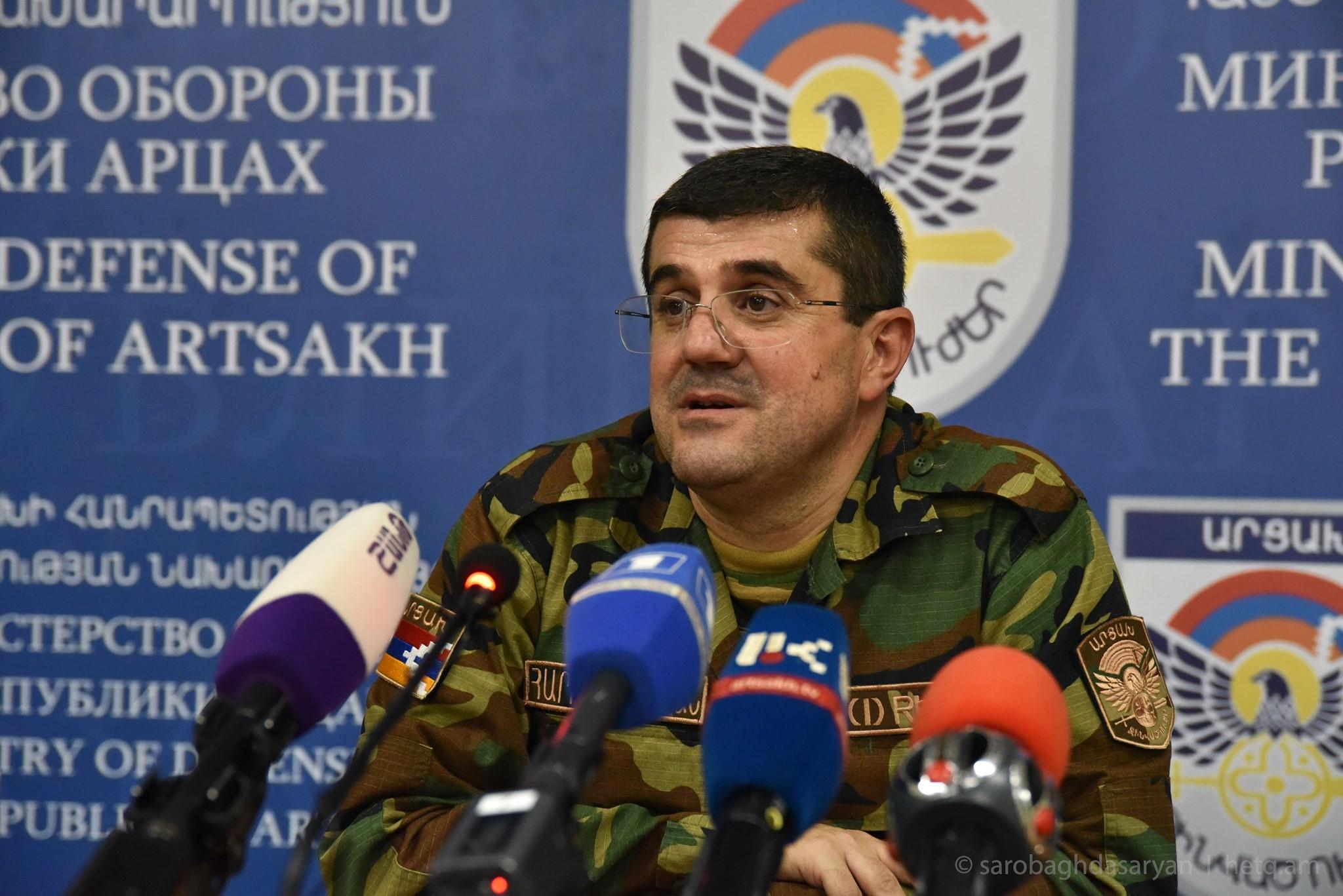 Artsakh President Calls On Putin to Help Stop the Fighting

Artsakh-Russia relations have a centuries-old history. Russia is perceived in the historical memory of the people of Artsakh as a brotherly country, which has always reached out to this part of the Armenian people in all difficult situations.

Artsakh-Russia relations were the most direct, especially during the heyday of the princedoms of the Artsakh principalities, of which there is ample evidence.

For more than a century (in the 19th century and the 1910s) Karabakh was part of Tsarist Russia. That historical period for Karabakh was marked by a long period of peace, repatriation and economic development. Cultural life has also developed. It is noteworthy that in the second half of the 19th century, Shushi, the administrative and political center of Artsakh, became one of the most important spiritual, cultural and economic centers in the Caucasus.

During the same historical period, a whole constellation of Artsakh Armenians played a leading role in the military-political and public life of the Russian Empire: Valerian Madatov, Hovhannes Lazaryev, Lazar Serebryakov, Mikael Loris-Melikov, Vasily Behbutov and others.

These relations continued even in the Soviet period. During the Great Patriotic War, about 90,000 Armenians from the Nagorno-Karabakh Autonomous Region and historical Artsakh took part in the Great Patriotic War, half of whom dedicated their lives to the defense of the homeland. Artsakh held one of the leading positions in the USSR in terms of the number of heroes of the Soviet Union and the "Order of Glory" per capita.

The close Artsakh-Russia relations continue to this day. A considerable part of the approximately 3 million Armenians living in Russia are from Artsakh, many of whom were forcibly displaced from Artsakh because of the Azerbaijani genocidal policy of ethnic cleansing during the late 1980s and early 1990s.

I would like to emphasize that at all stages of the settlement of the Azerbaijani-Karabakh conflict, Russia has implemented its policy of non-use of force or threat of force under international law and the principle of peaceful settlement of conflicts.

In the settlement of the Azerbaijani-Karabakh conflict, Russia plays both a role and a separate role in the OSCE Minsk Group co-chairing. The Artsakh Republic highly appreciates Russia's mediation efforts, its active role and decisive mission in all stages of the conflict settlement, especially in 1994. in reaching a Tripartite Ceasefire Agreement. Russia also played a decisive role in the next stage of the escalation of the Azerbaijani-Karabakh conflict in 2016. On April 5, with the mediation of Russia, an agreement was reached in Moscow to cease hostilities and restore the ceasefire, in accordance with 1994 Ceasefire agreement.

We highly appreciate your active diplomatic efforts and those by Russia to stop the aggression unleashed by Azerbaijan against Artsakh and the large-scale war. I would also like to inform you that in the Republic of Artsakh, among all Armenians, the objective assessments of the situation in your speech at the Valdai Discussion Club received a great response.

You said in your speech: “This conflict erupted not just as an interstate conflict and a fight for territory. It started with an ethnic confrontation. Unfortunately, the fact is that brutal crimes against the Armenian people were committed in  Sumgait and then in Nagorno-Karabakh. We must take all this into account.”

Unfortunately, Azerbaijan continues this genocidal policy to this day.

You are the person and the head of state who has a huge reputation in the world and in our region. With all this in mind, we ask you to make every effort to end the war in the Azerbaijani-Karabakh conflict zone and resume the political processes.