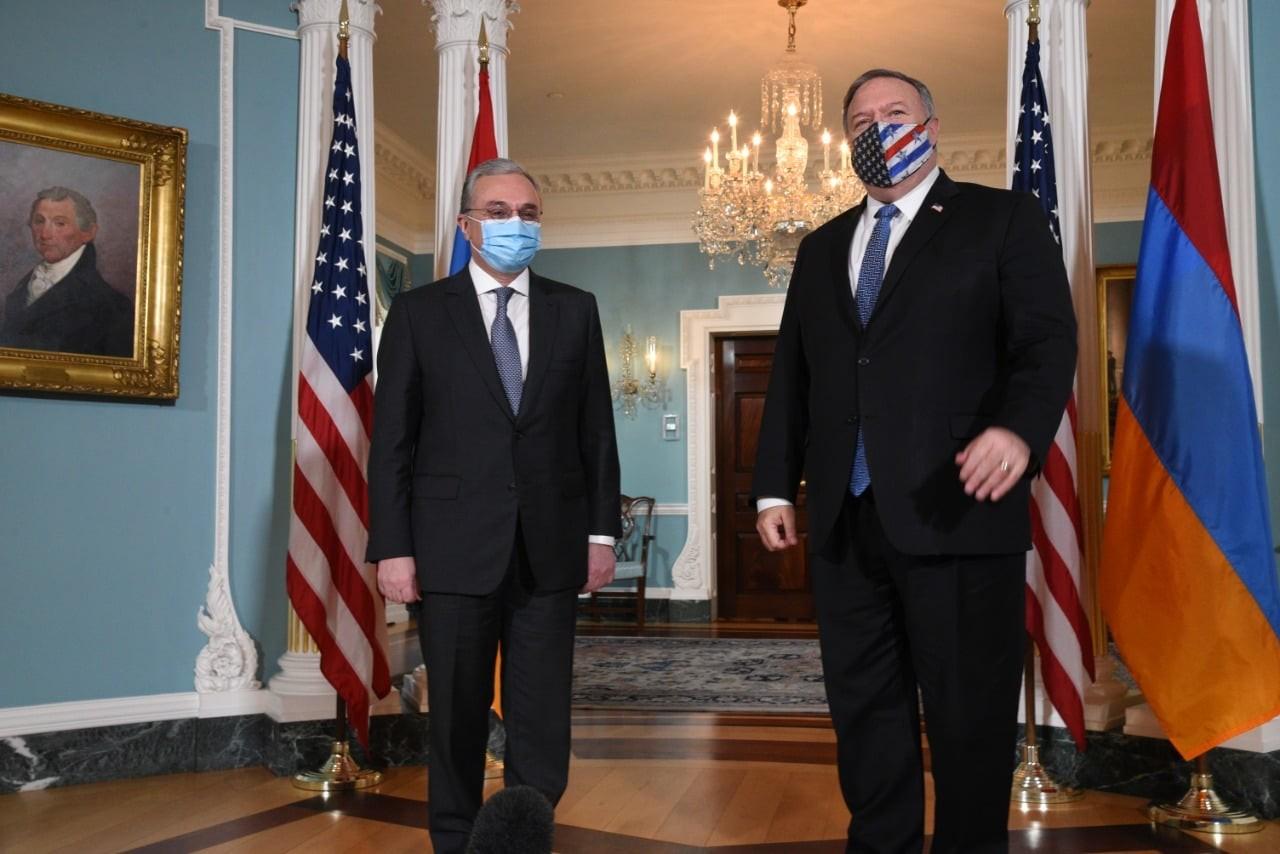 Mnatsakanyan, according to a statement released by his office, informed the US Secretary of State about the war crimes committed by the Azerbaijani Armed Forces during the hostilities, including the deliberate targeting of the civilian population of Artsakh by the Azerbaijani military and the humiliating treatment of POWs, including beheadings and summary executions.

Mnatsakanyan also stressed that the ongoing Azerbaijani aggression is taking place with the direct involvement of Turkey, which is expressed by the direct military-technical assistance by the latter to the introduction of armed terrorists in the region.

The Armenian Foreign Minister said that Turkey's involvement in the conflict, and that of foreign mercenaries, poses a serious risk to regional security.

Mnatsakanyan noted that Azerbaijan 's violation of the ceasefire agreement and the continuation of hostilities against the people of Artsakh once again demonstrate Azerbaijan' s intention to resolve the issue by military means.

Both officials reaffirmed their commitment to an immediate ceasefire in the Nagorno Karabakh conflict zone.

Pompeo offered the condolences of the U.S. to all the victims of the fighting.

Mnatsakanyan also stressed the need to continue the peace process within the framework of the OSCE Minsk Group Co-Chairs.

Anahit Martirosyan 2020-10-23 22:09:28
USA should pay very serious attention on this, turkey is supporting azerbejan to kill inesent people, kids, i am not talking about all the SOLDERS are getting murdered. Armenia need support, this is another gynecide, turkey is sending terrorists to destroy Armenia. turkey is in NATO, they should be OUT today. please help my ARMENIA>,