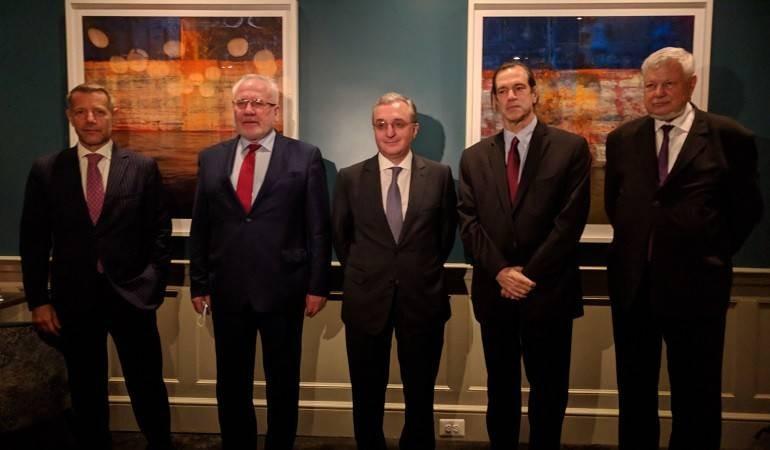 On October 23, Armenian Foreign Minister Zohrab Mnatsakanyan, who is on a working visit to the United States, met with OSCE Minsk Group Co-Chairs Igor Popov (Russia), Andrew Schofer (USA), Stéphane Visconti (France) and Personal Representative of the OSCE Chairman-in-Office Andrzej Kasprzyk for a discussion of the ongoing fighting in the Karabakh conflict zone.

Minister Mnatsakanyan, according to a statement released by his office, expressed deep concern over Azerbaijan's failure to reach a ceasefire agreement reached on October 10, 17 and stressed that Azerbaijan's aspiration to resolve the conflict by force is a challenge for the entire region.

The parties reaffirmed the necessity for the immediate establishment of a lasting ceasefire maintained by the implementation of the ceasefire agreements.

The need to continue the peace process exclusively within the framework of the OSCE Minsk Group Co-Chairs was stressed.