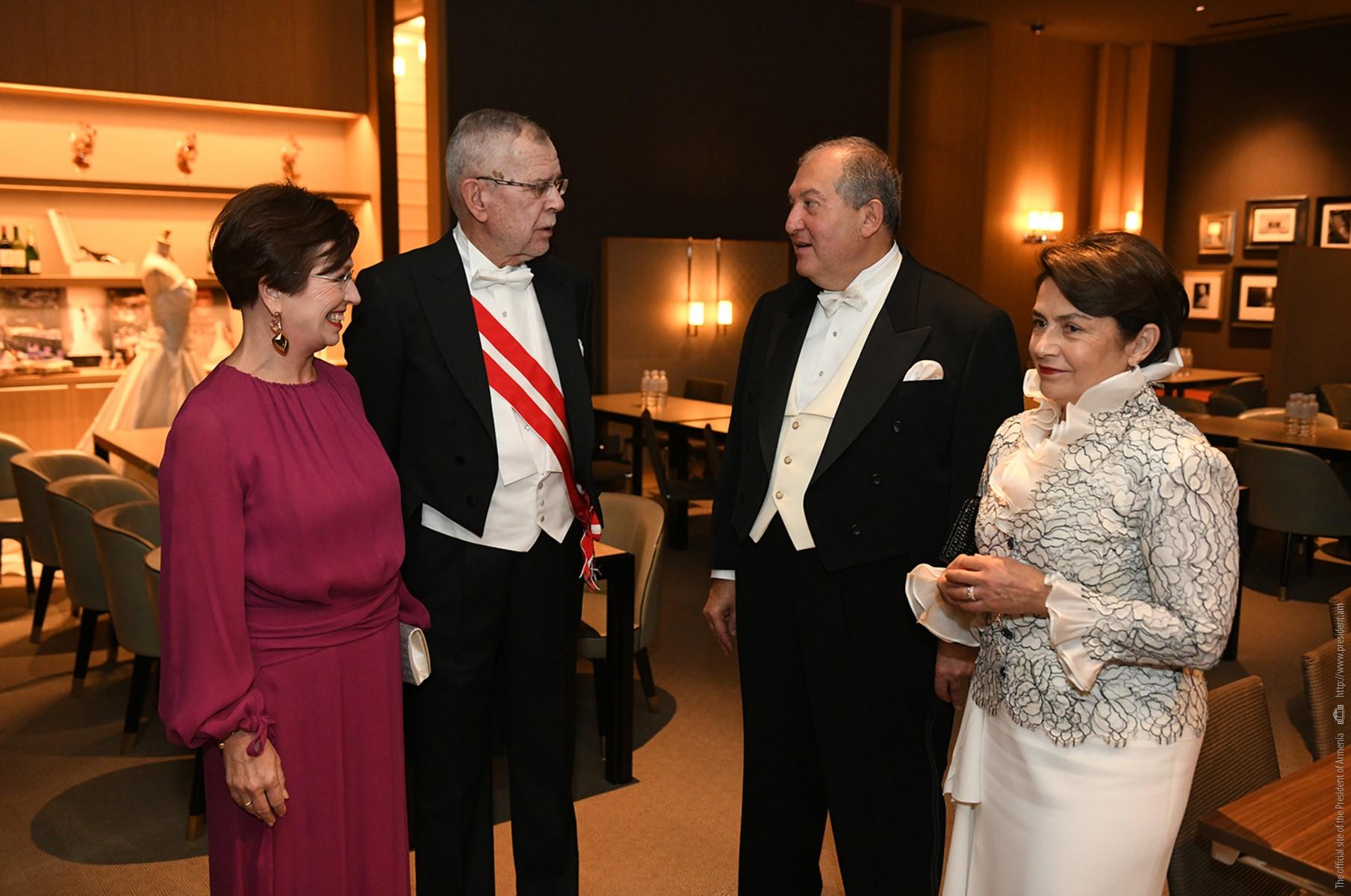 Armenian President Armen Sarkissian, in a congratulatory message sent to the President of Austria Alexander Van der Bellen on that country’s national holiday, praised the Austrian parliament for condemning Turkey’s military intervention in the Karabakh conflict.

President Sarkissian, according to a statement released by his office, expressed confidence that the steady Armenian-Austrian cooperation in bilateral and multilateral formats will continue to strengthen and deepen for the benefit of the peoples of the two countries.

“At this difficult for Armenia and Artsakh moment, when our people are fighting for life and freedom, Austria has reiterated it unambiguous and unequivocal support to Armenia, Artsakh, and the Armenian people. I express my gratitude to you and Chancellor of Austrian Sebastian Kurz for the efforts aimed at a peaceful resolution of the Nagorno Karabakh conflict and readiness to provide a platform for negotiations,” Sarkissian wrote the Austrian president.