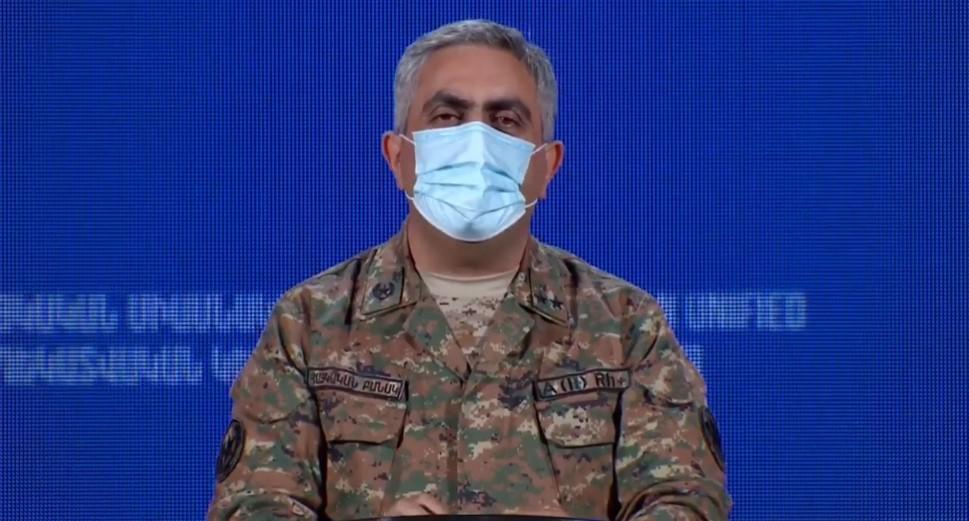 At a press briefing minutes ago, Armenian Defense Ministry Special Representative Artsrun Hovhannisyan said that Azerbaijani Army units, along with foreign mercenaries, attacked on all fronts in Artsakh and that localized fighting continues.

Hovhannisyan said that the Azerbaijani military used artillery in some spots and airpower.

He said that overall, there were no significant changes to frontline positions.

Hovhannisyan then commented on yet another Syrian mercenary captured by the Artsakh Defense Army. He said the capture of these mercenaries flies in the face of Turkish and Azerbaijani claims that there are no foreign combatants fighting in the conflict zone.

He said the deployment of these mercenaries shows that the regular Azerbaijani army is running out of troops.

The other day, Hovhannisyan said Azerbaijan is using the mercenaries as “cannon fodder” by placing them at the front of any attempted offensive.