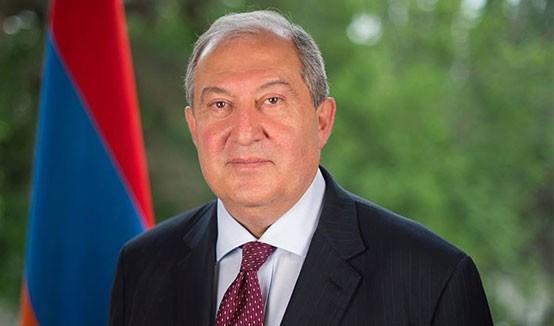 Armenian President Armen Sarkissian today issued the following statement, saying he was not consulted about Prime Minister Nikol Pashinyan’s decision to end the war by agreeing to hand over certain territories to Azerbaijan.

"Unfortunately, there had not been any consultation or discussion on this document with me as the President of the Republic. I had not taken part in any negotiations.

"The settlement of the Karabakh conflict is a matter of national significance. Any step and action, any decision related to the vital security interests and rights of Armenia, Artsakh and the entire Armenian people, especially the signing of a document, should be the subject of comprehensive consultations and discussions.

"I emphasize that the fate of Artsakh, and consequently, of the Armenian people, can be resolved only taking into account our national interests and only on the basis of a national consensus.

"Taking into account the deep concerns of the large masses of the people conditioned by the current situation, I immediately initiate political consultations in order to coordinate the solutions, arising from the protection agenda of our national interests, as soon as possible.

"As the President of the Republic, I consider the formation of national unity at this crucial moment of national preservation to be my current mission. I hope that within ten days we will all be able to form such a unity, in which case I will consider that I have used the opportunities to serve my homeland."