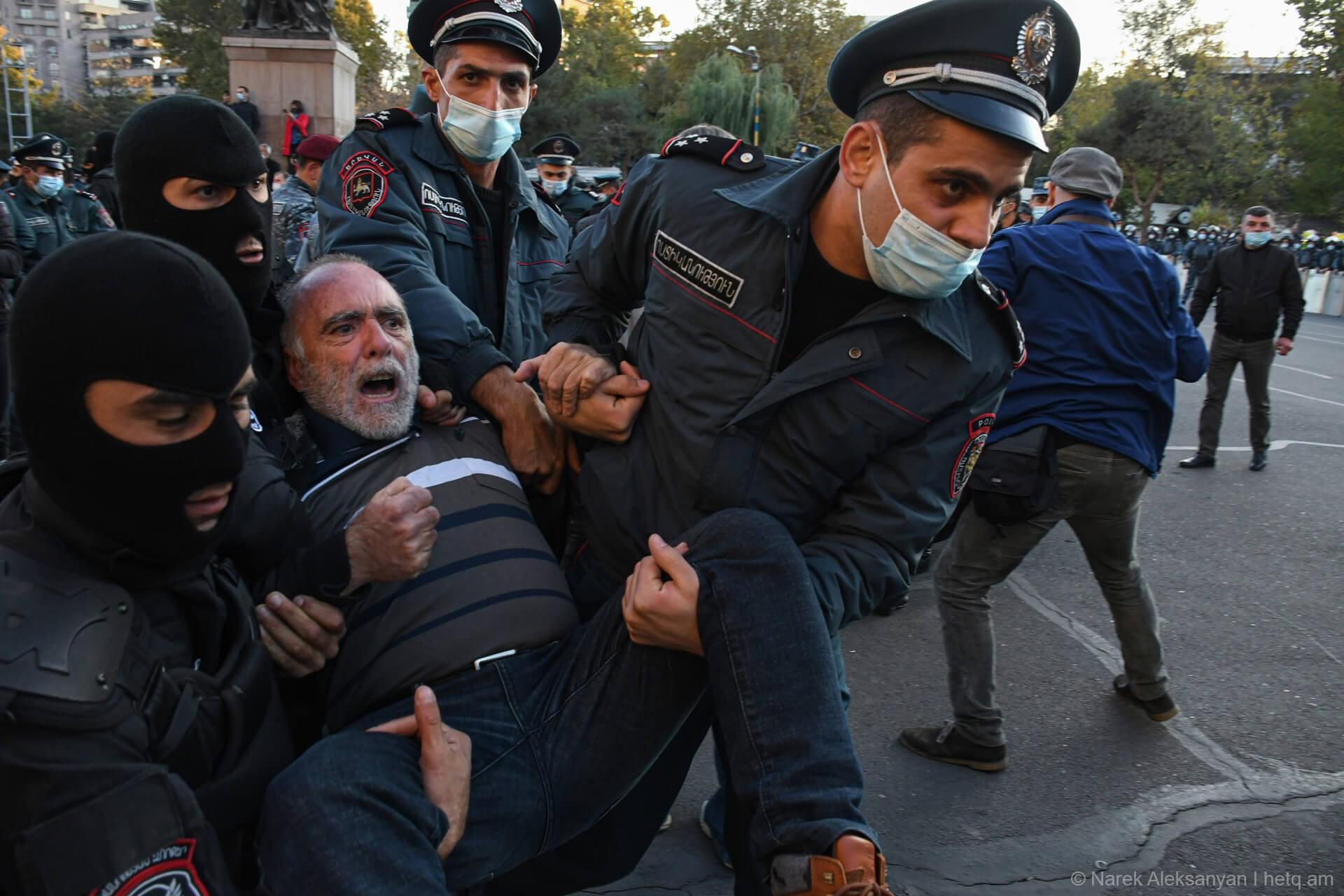 Yerevan police arrested several Sasna Tzrer party members today at a rally they organized to protest what they described as the Russian-Turkish occupation of Artsakh.

Cops moved in after the rally ended, detaining several participants as well.

Police officials said that all such public gatherings are banned during the ongoing state of war. 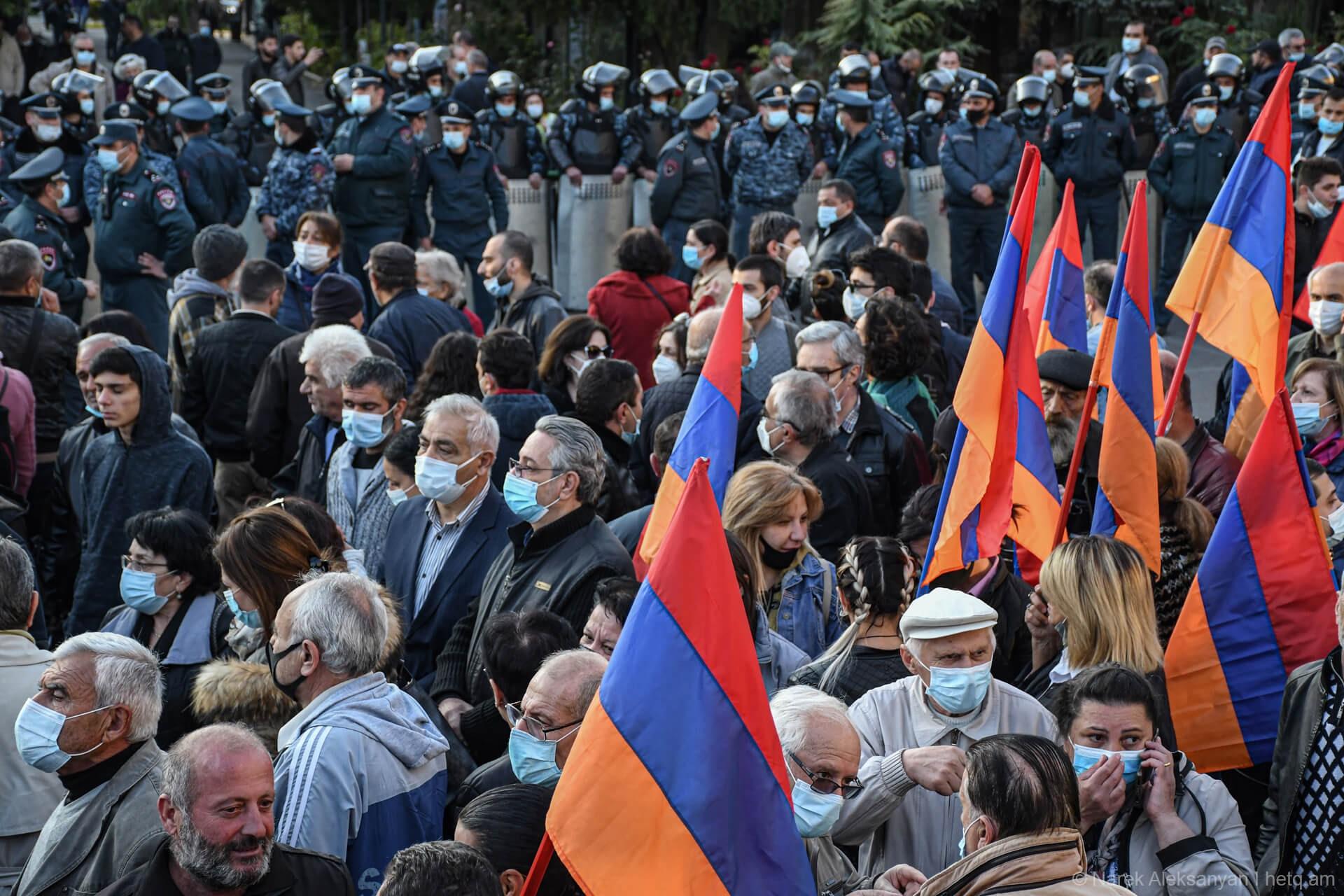 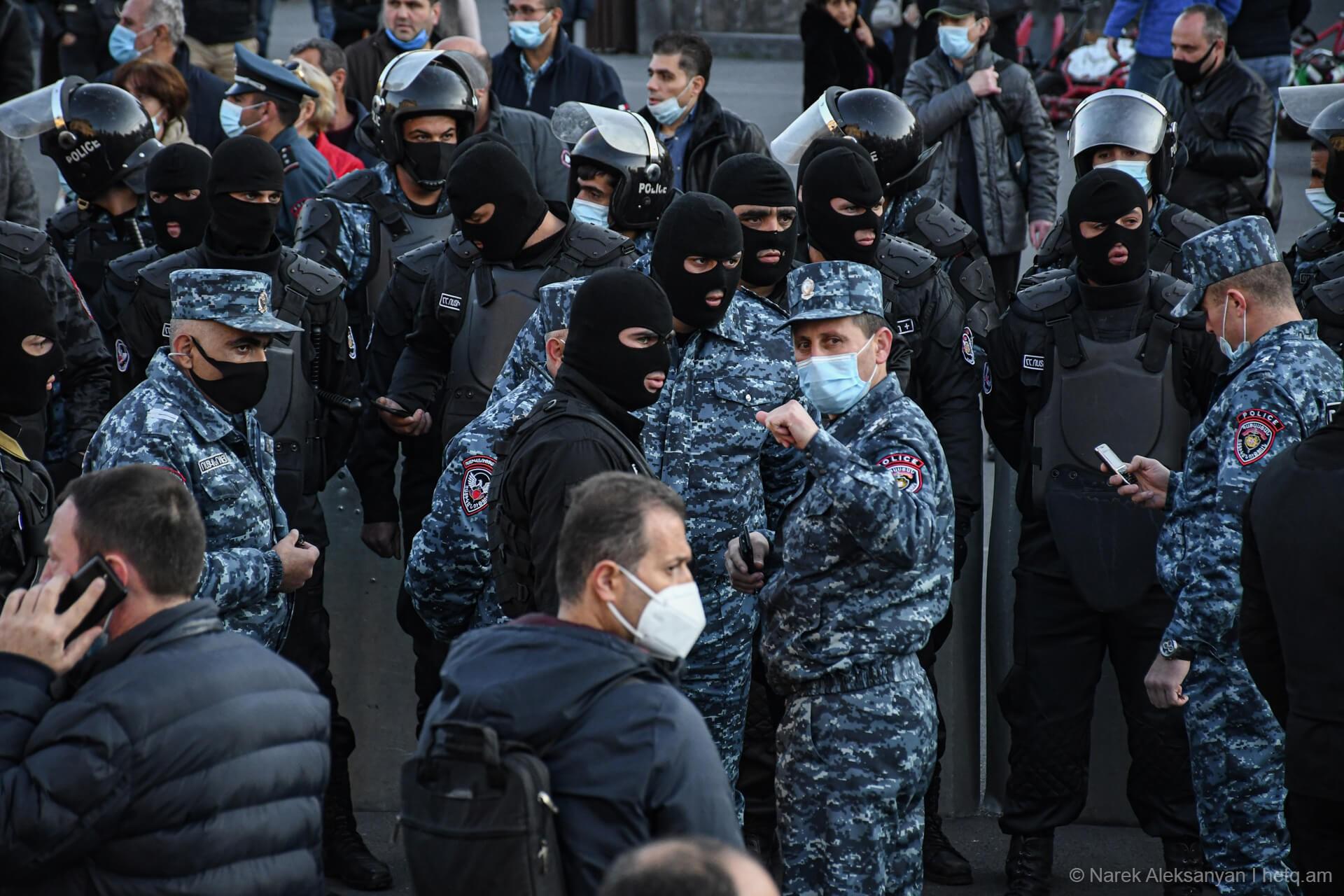 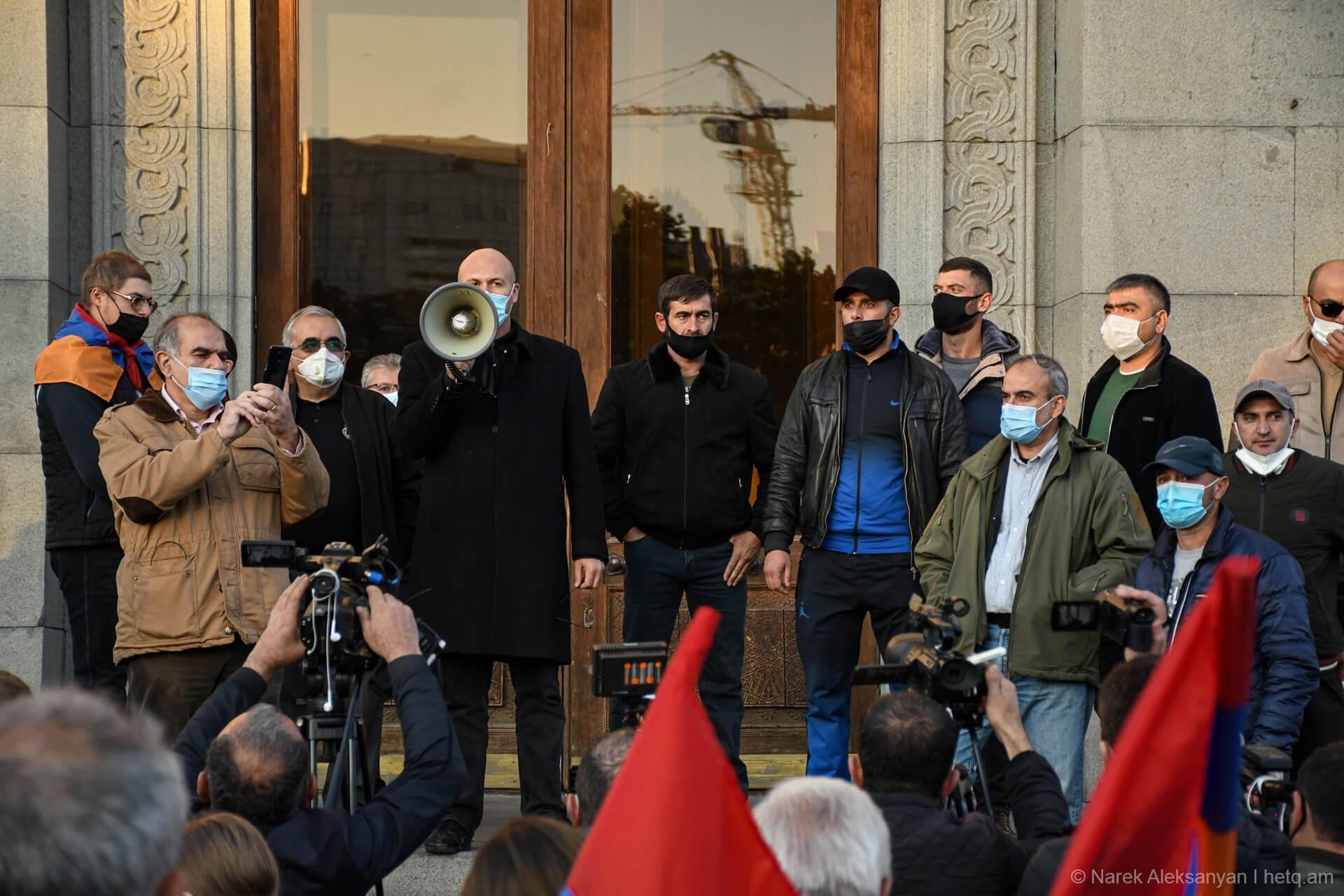 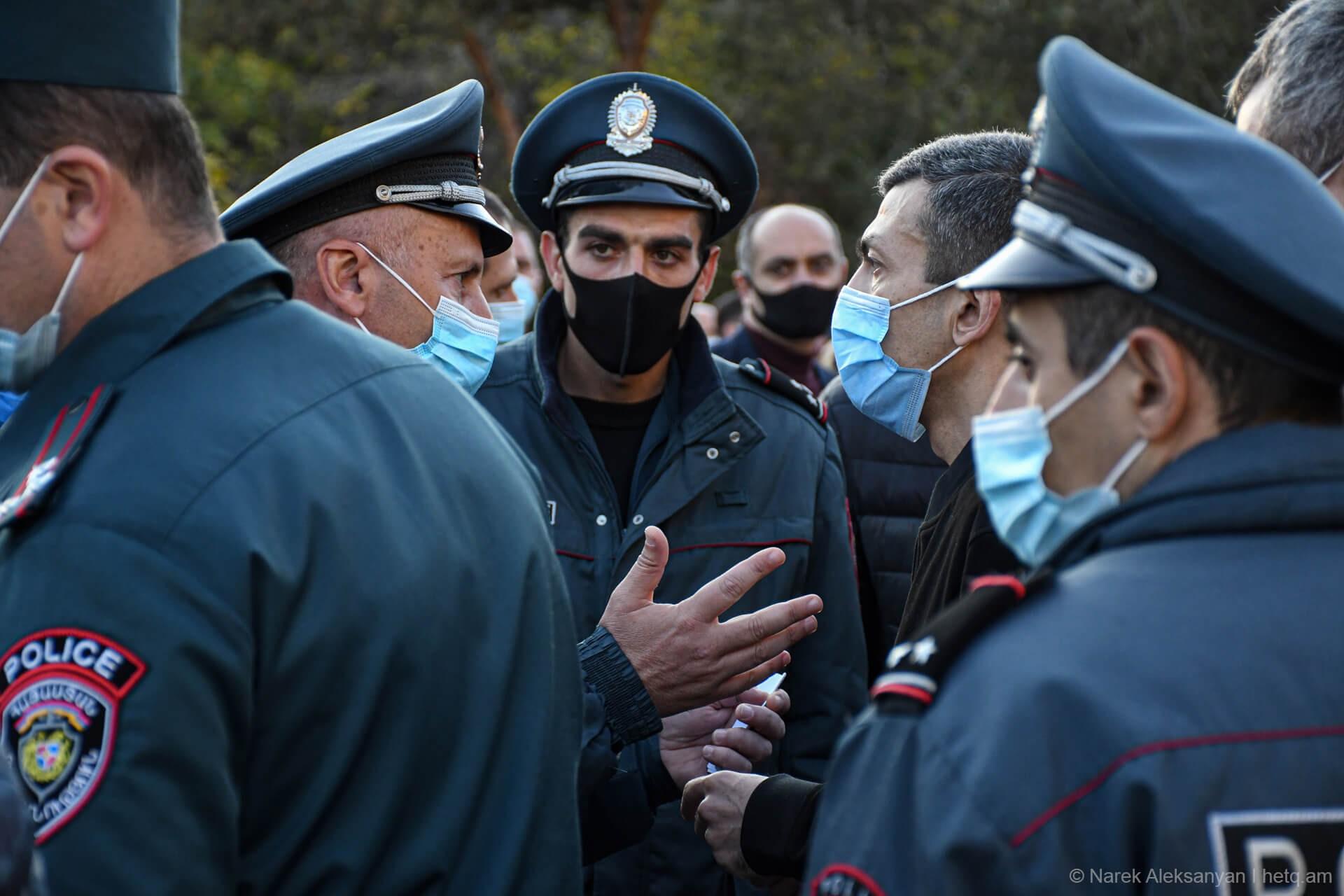 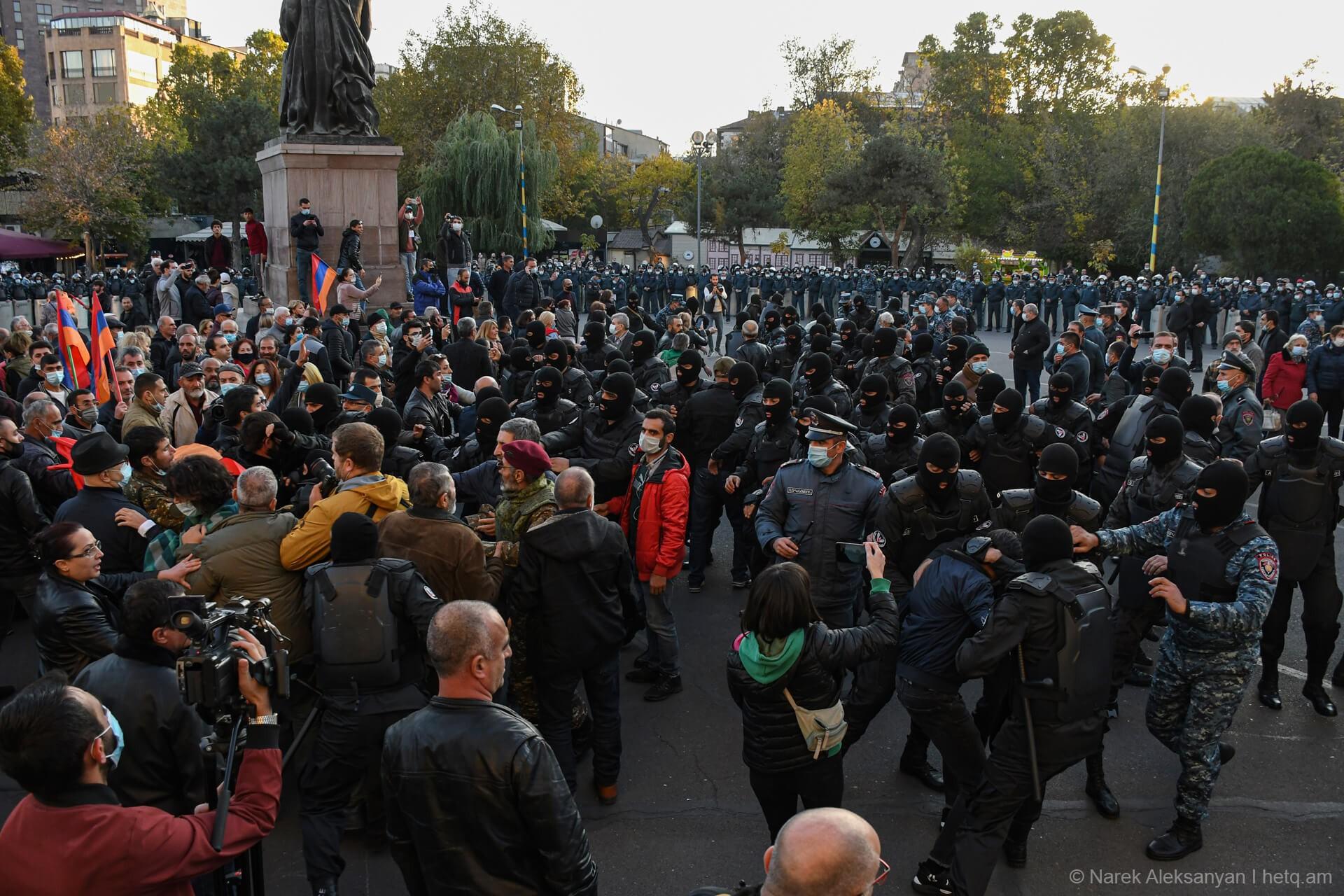 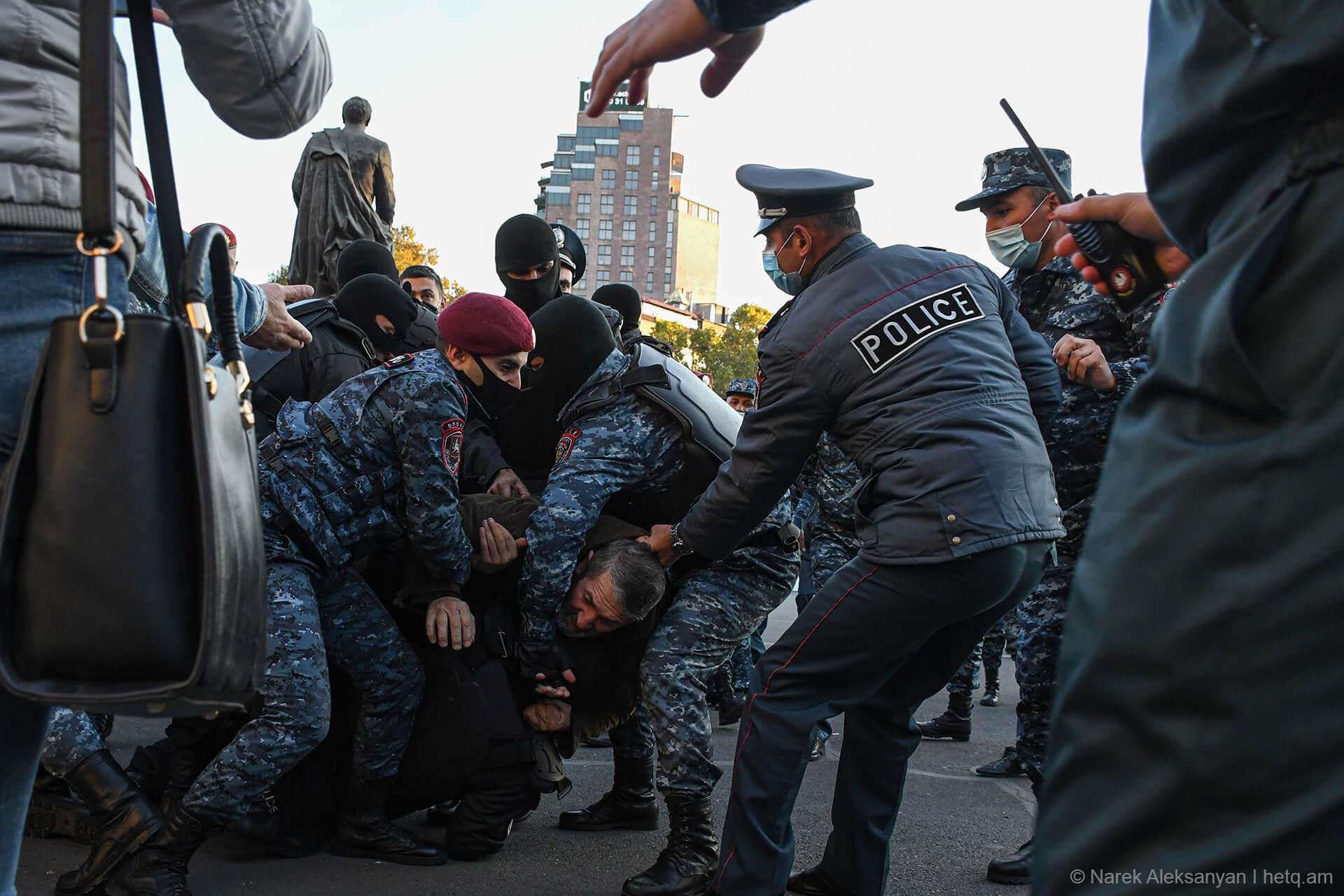 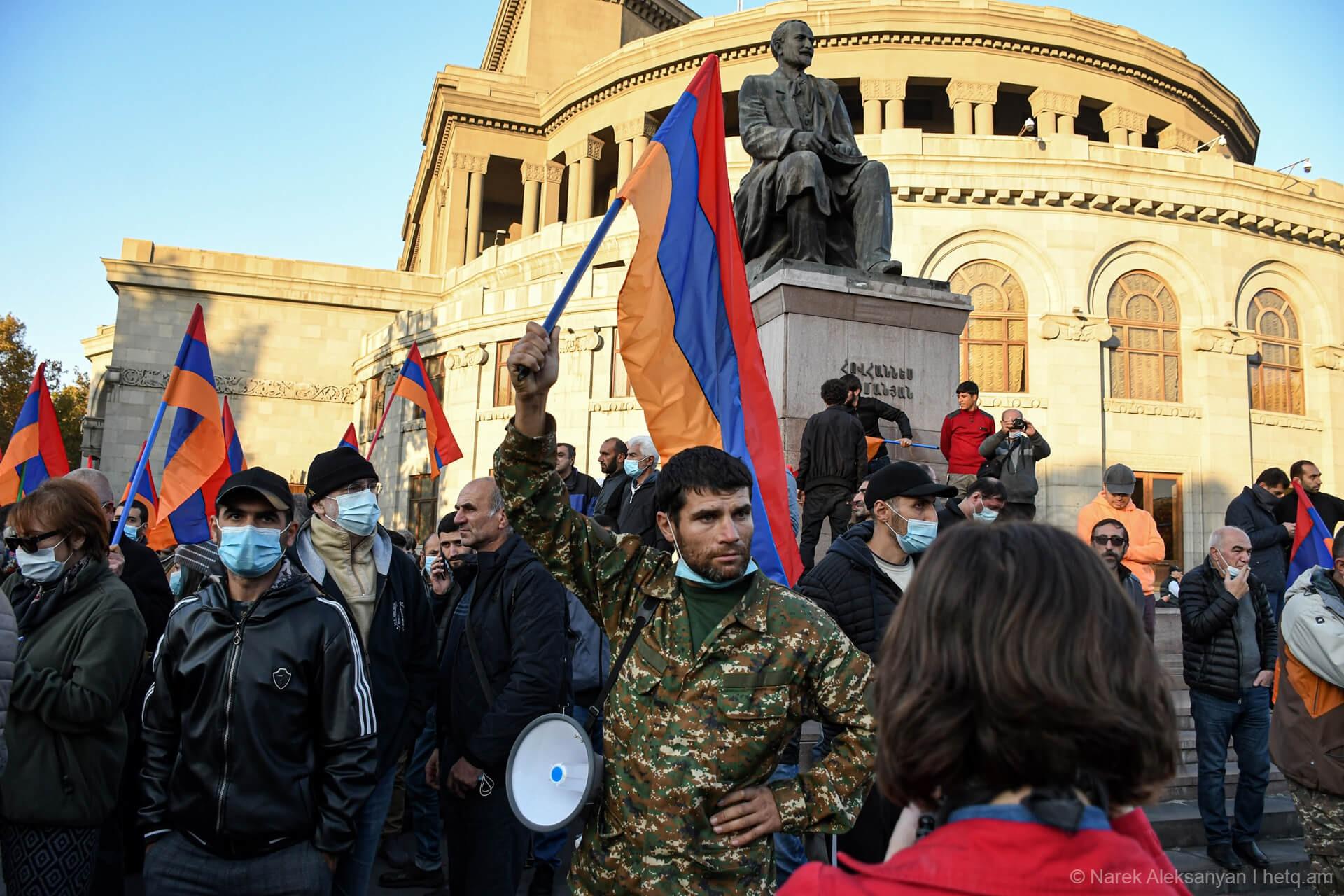 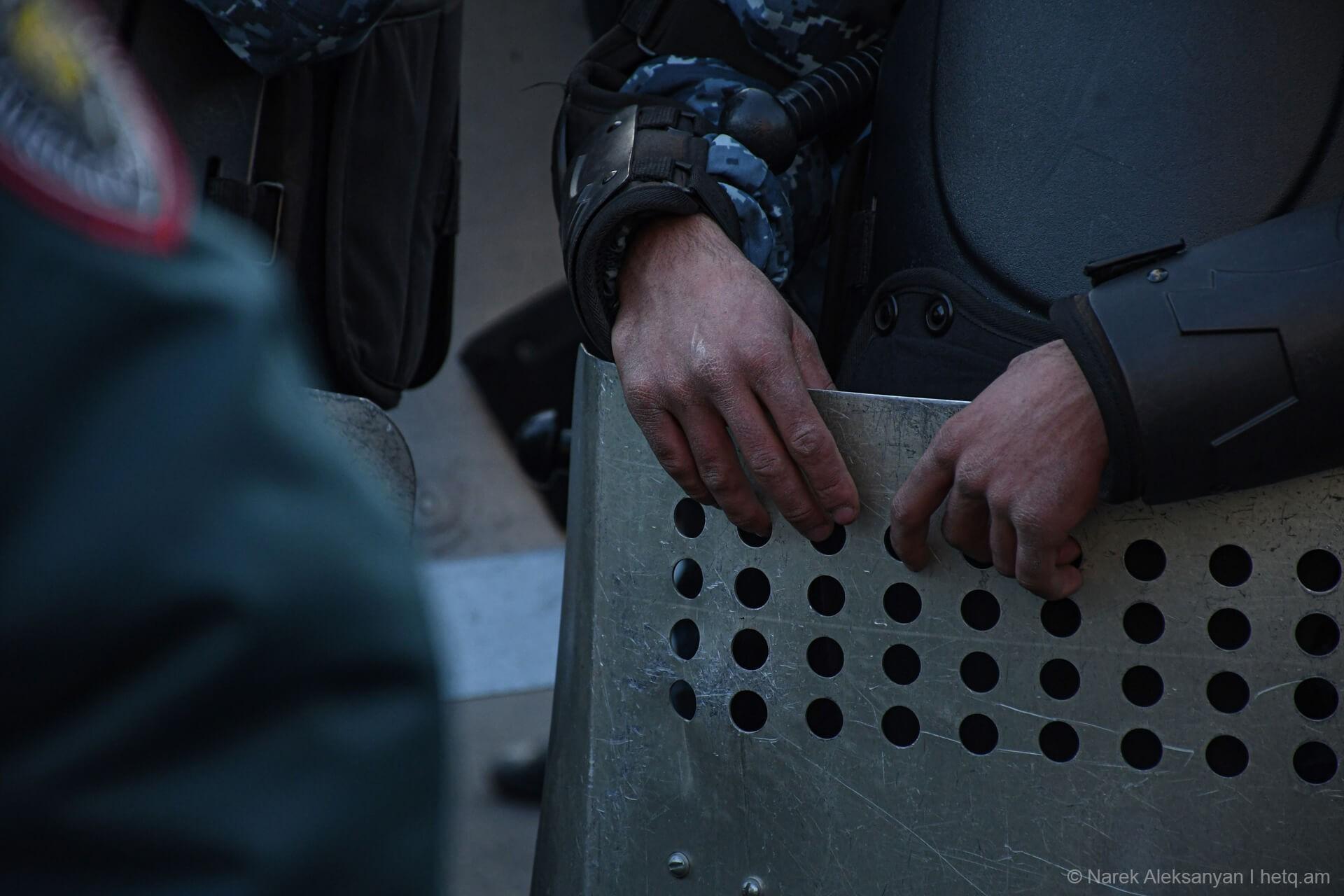 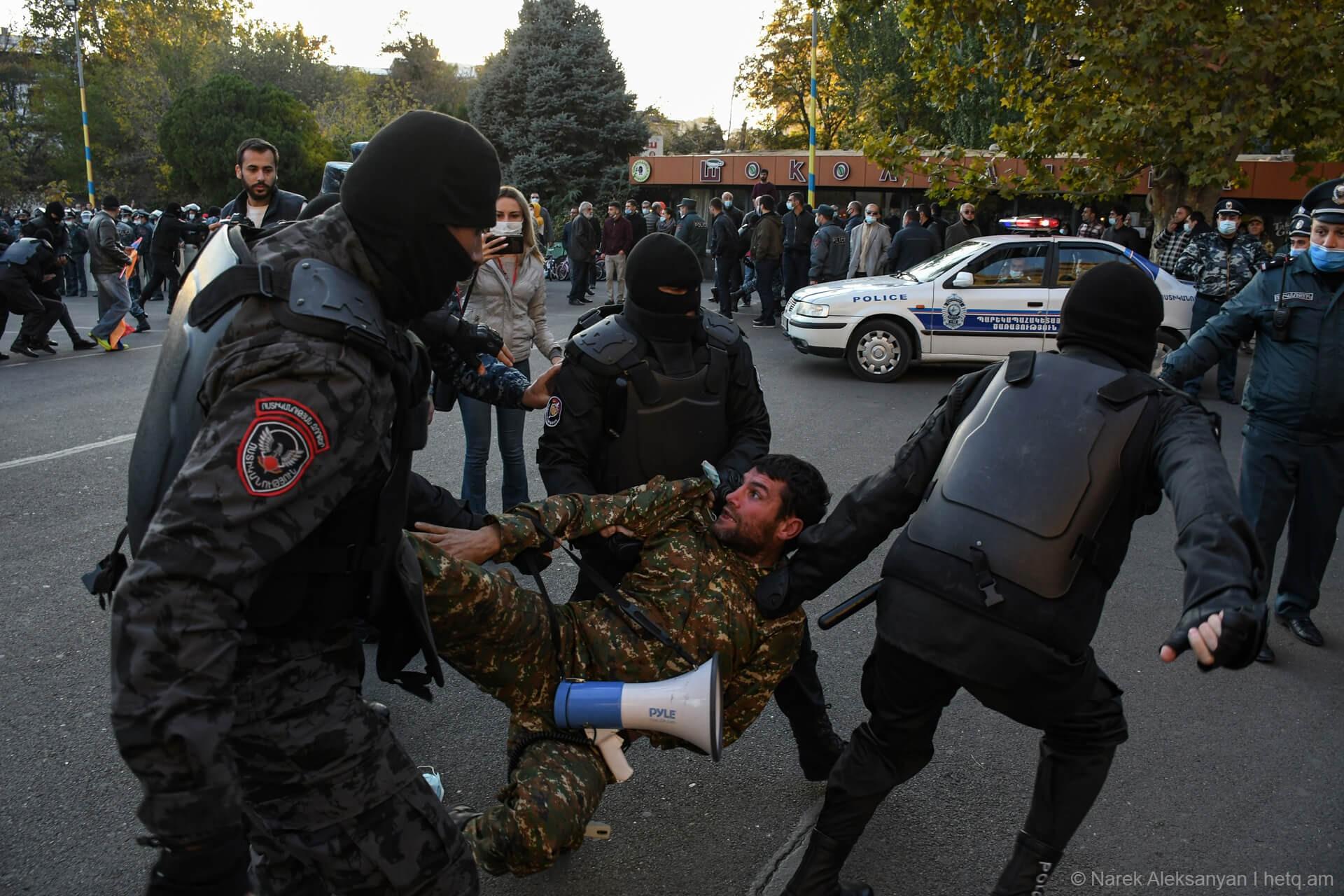 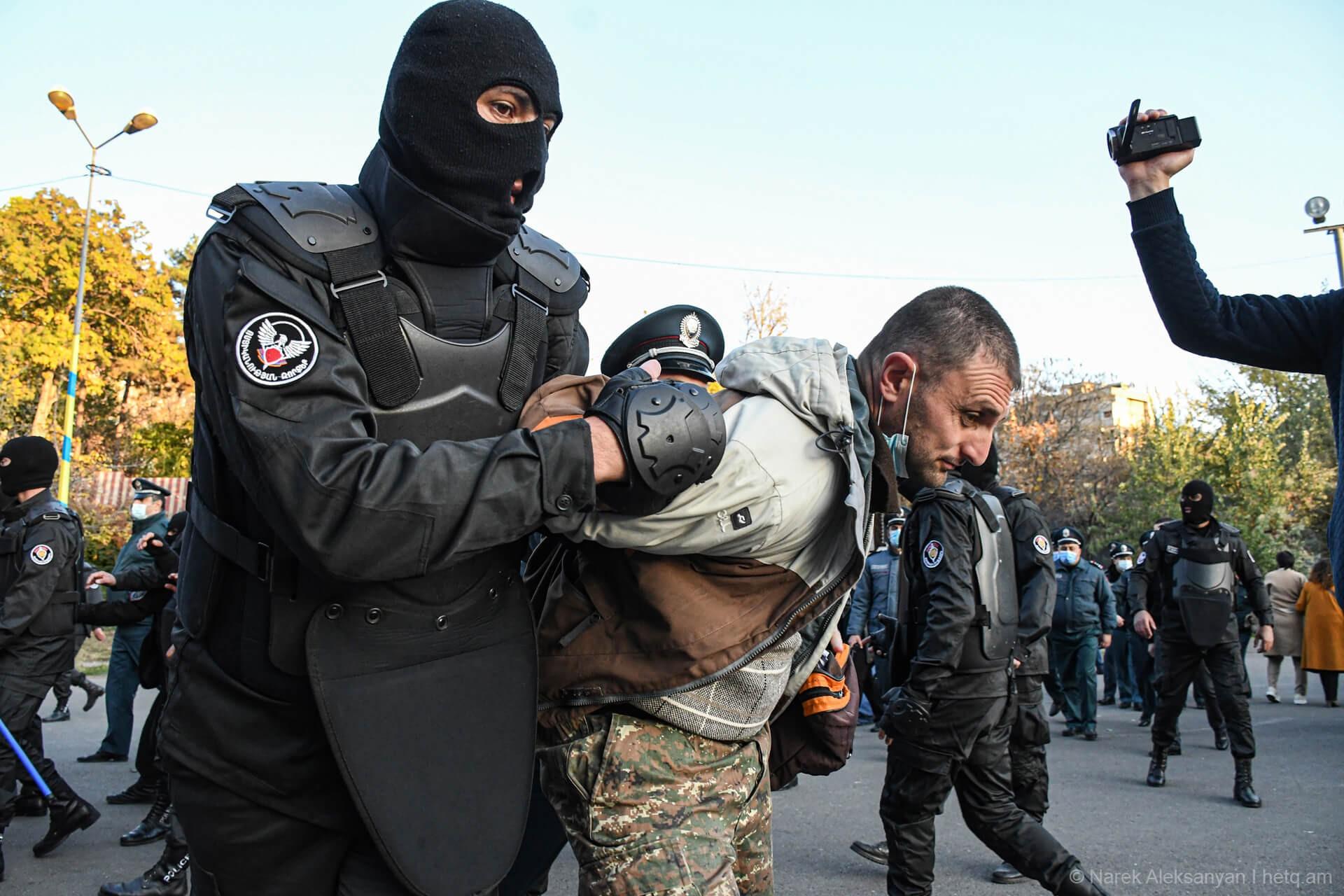 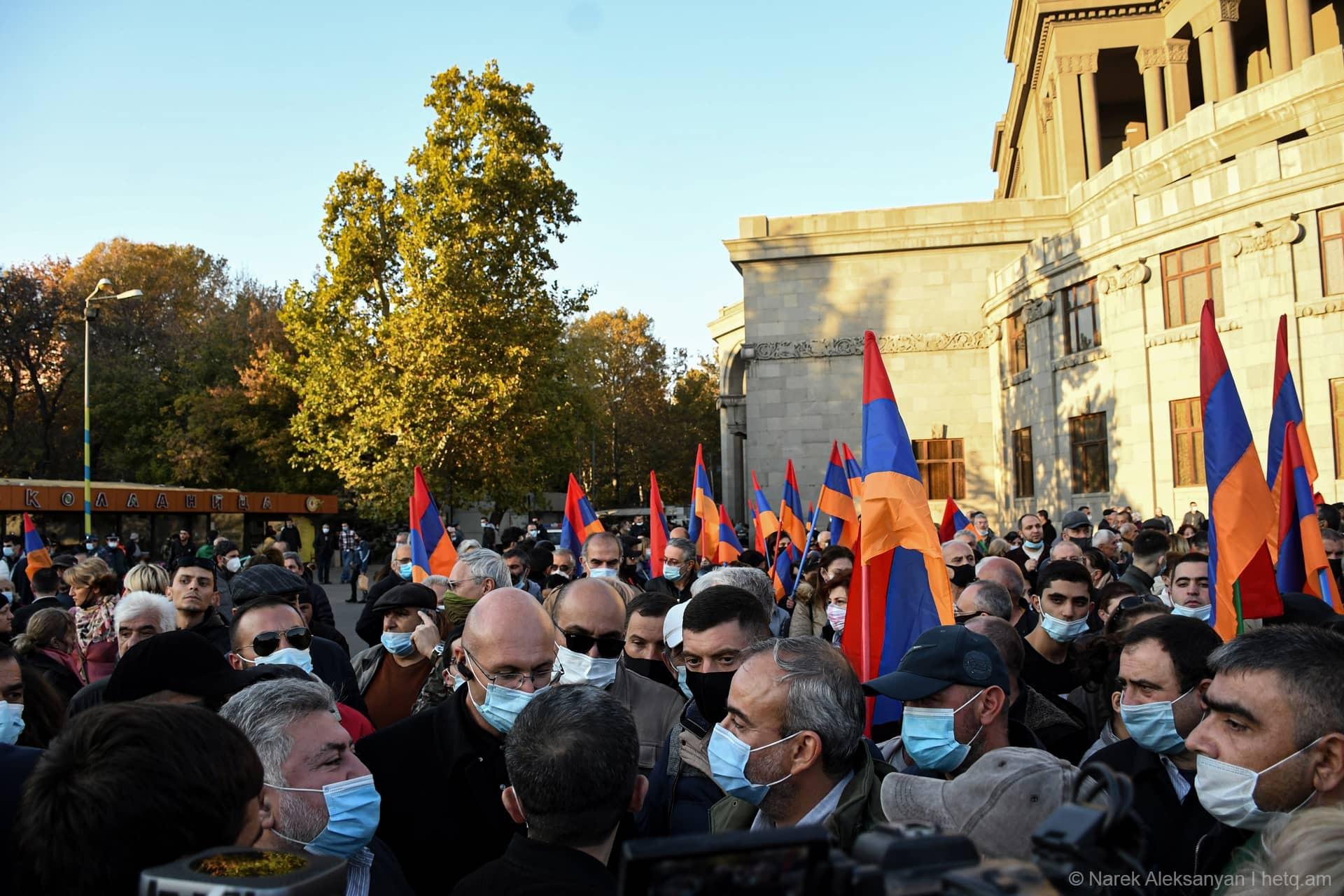 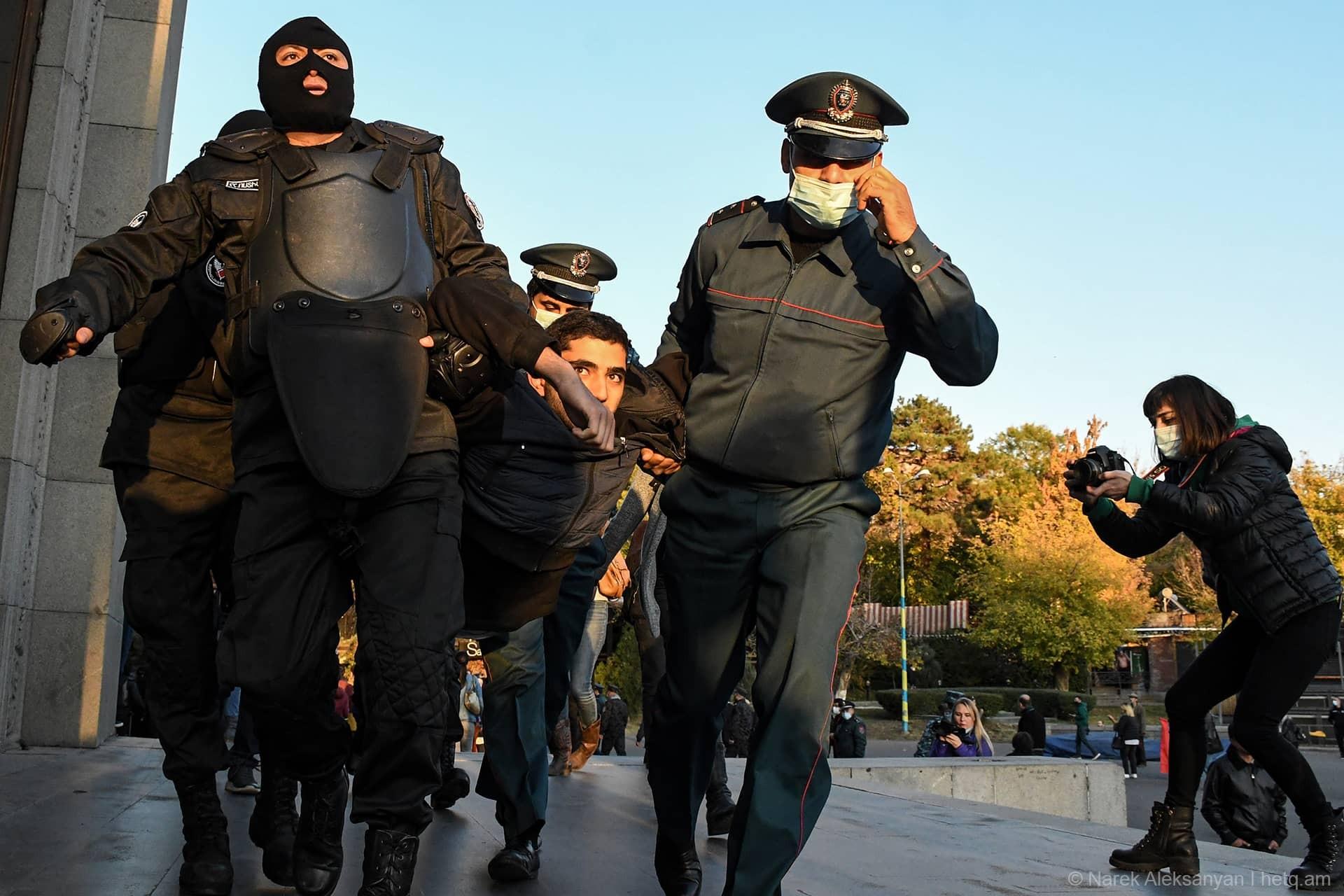 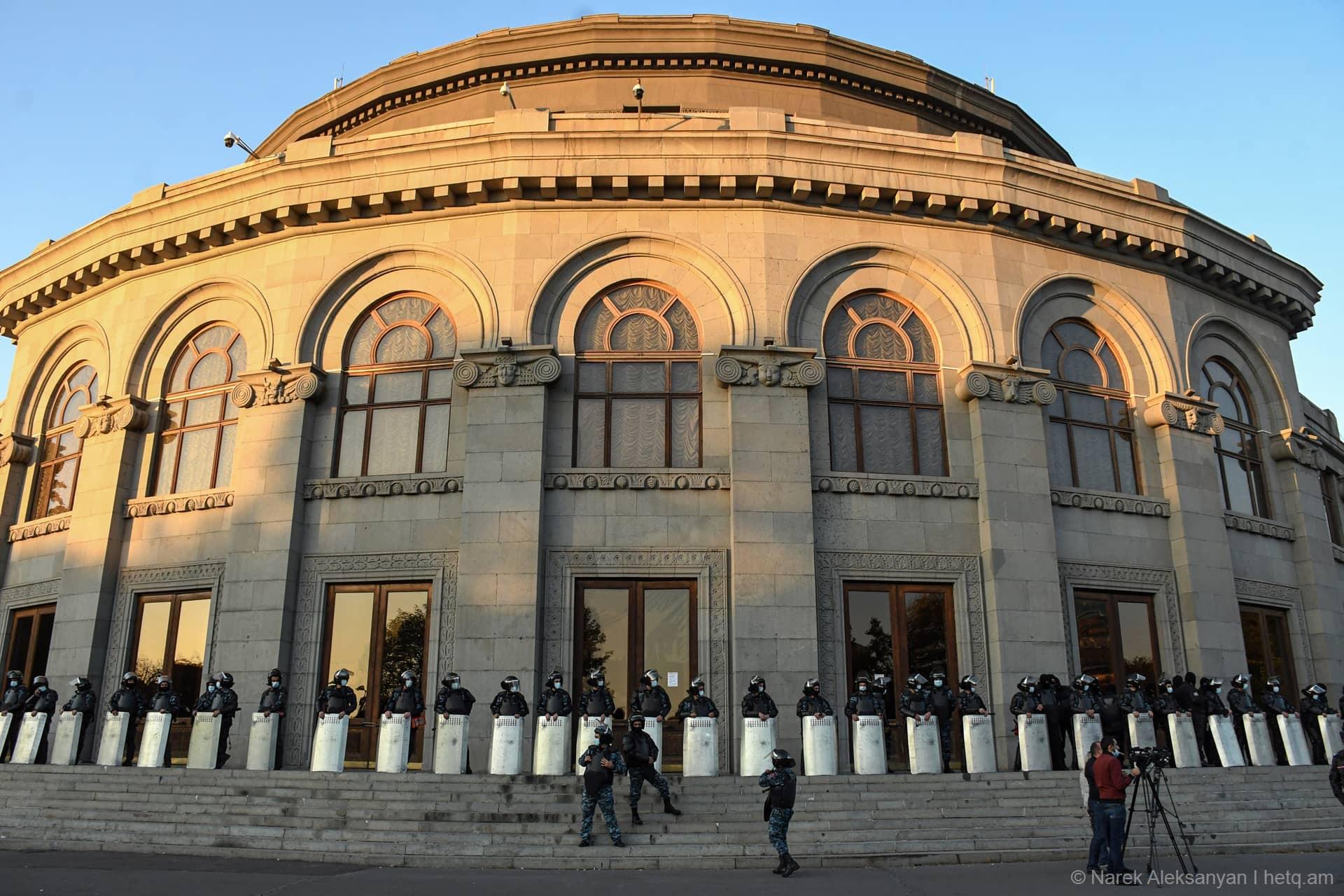 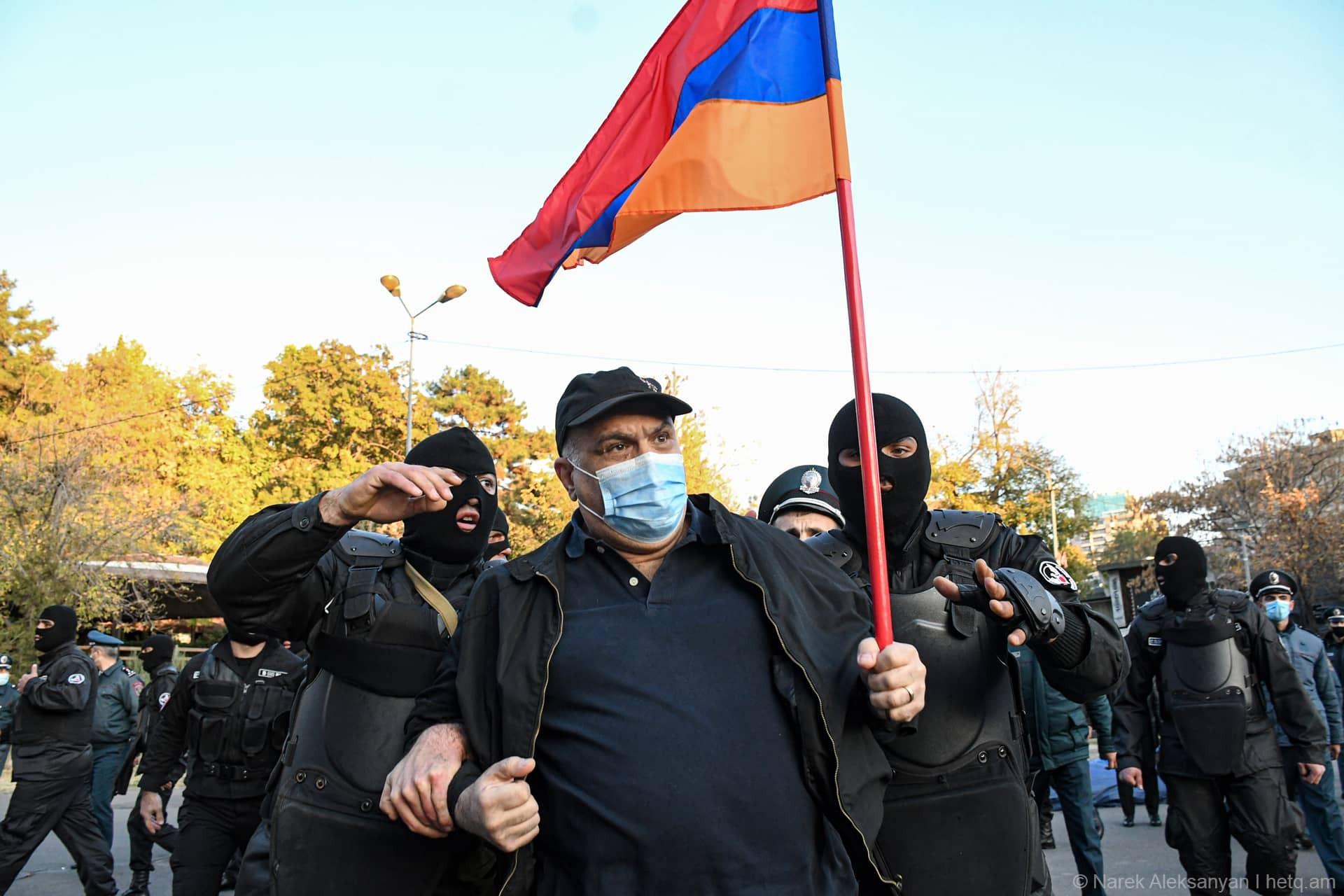 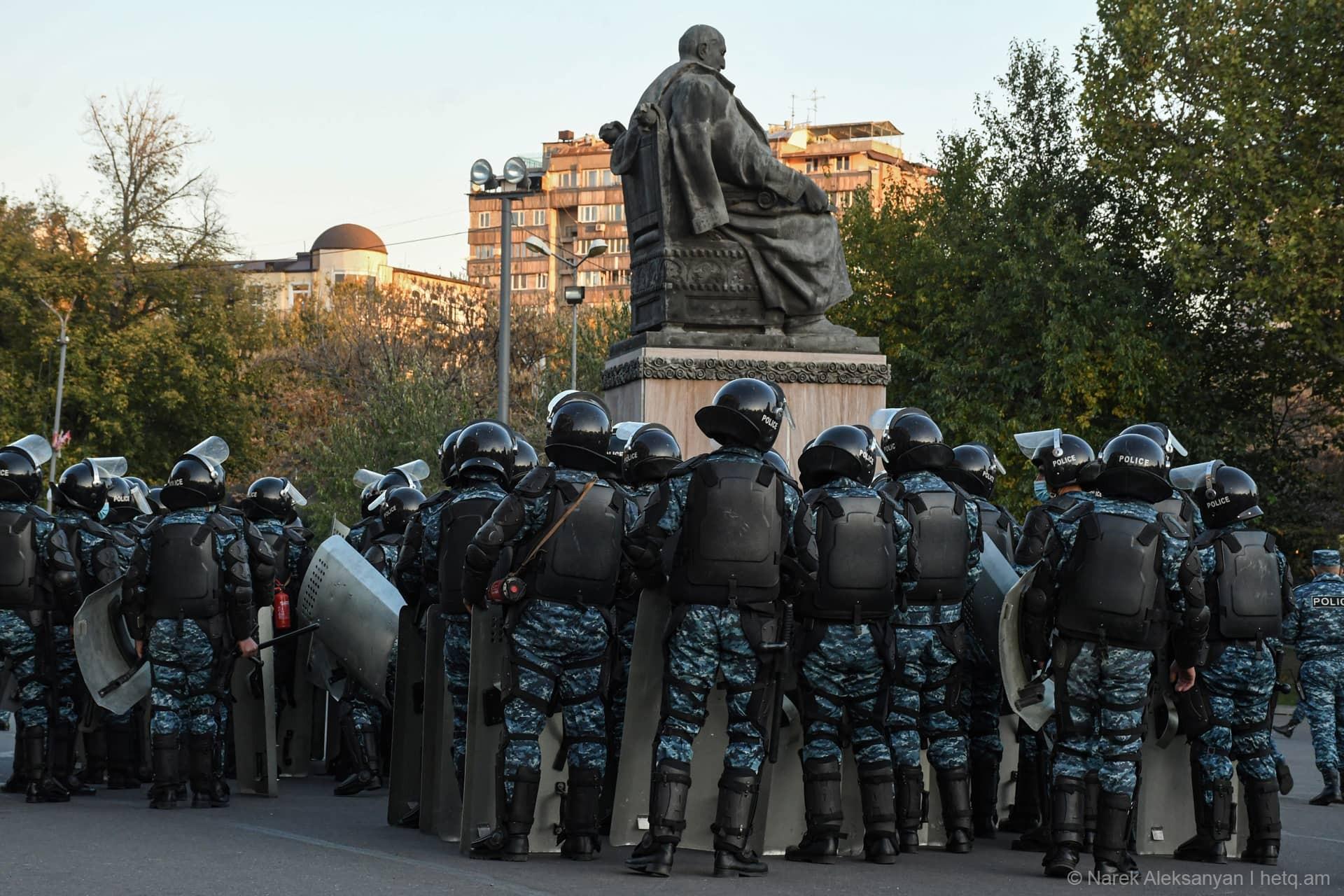 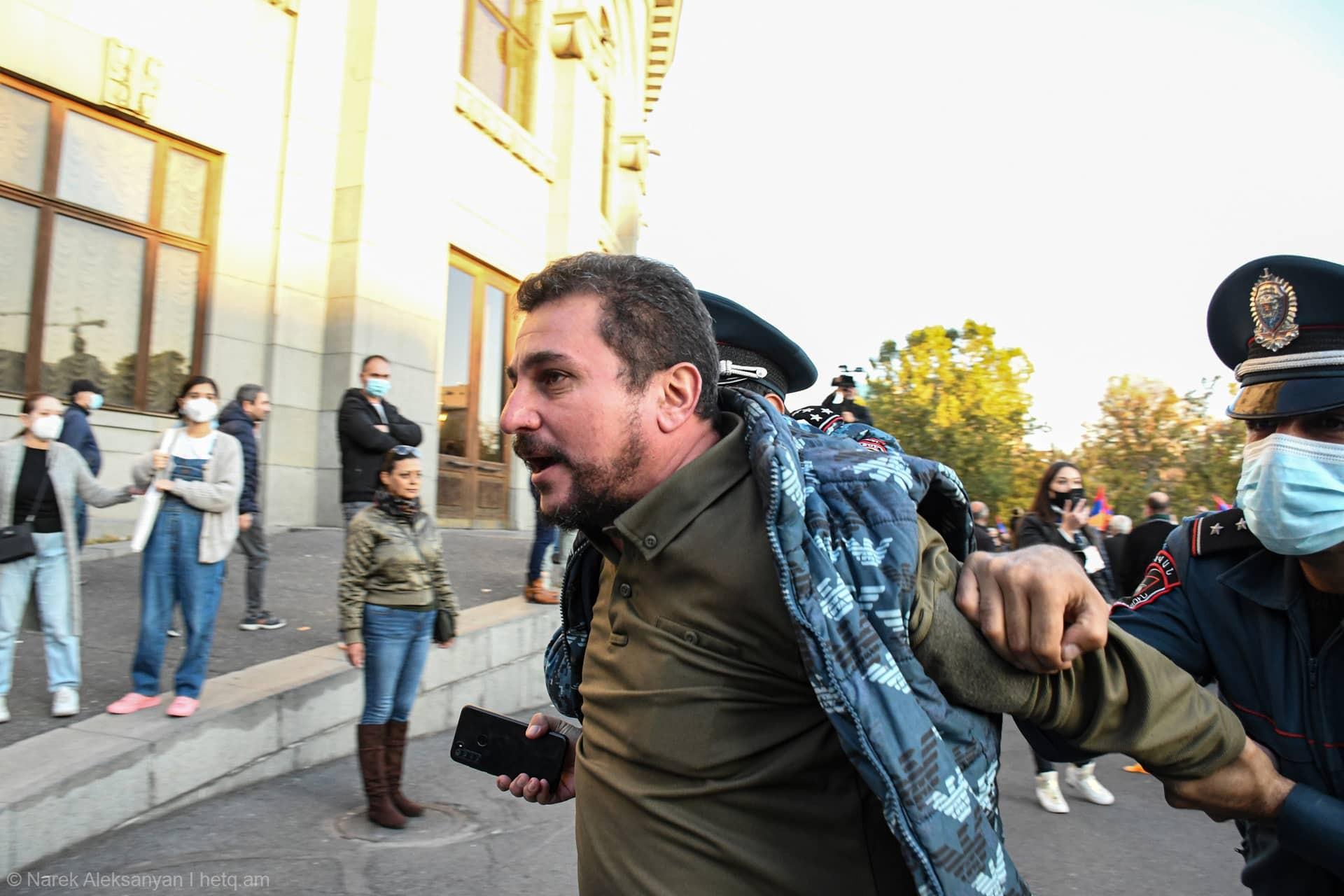 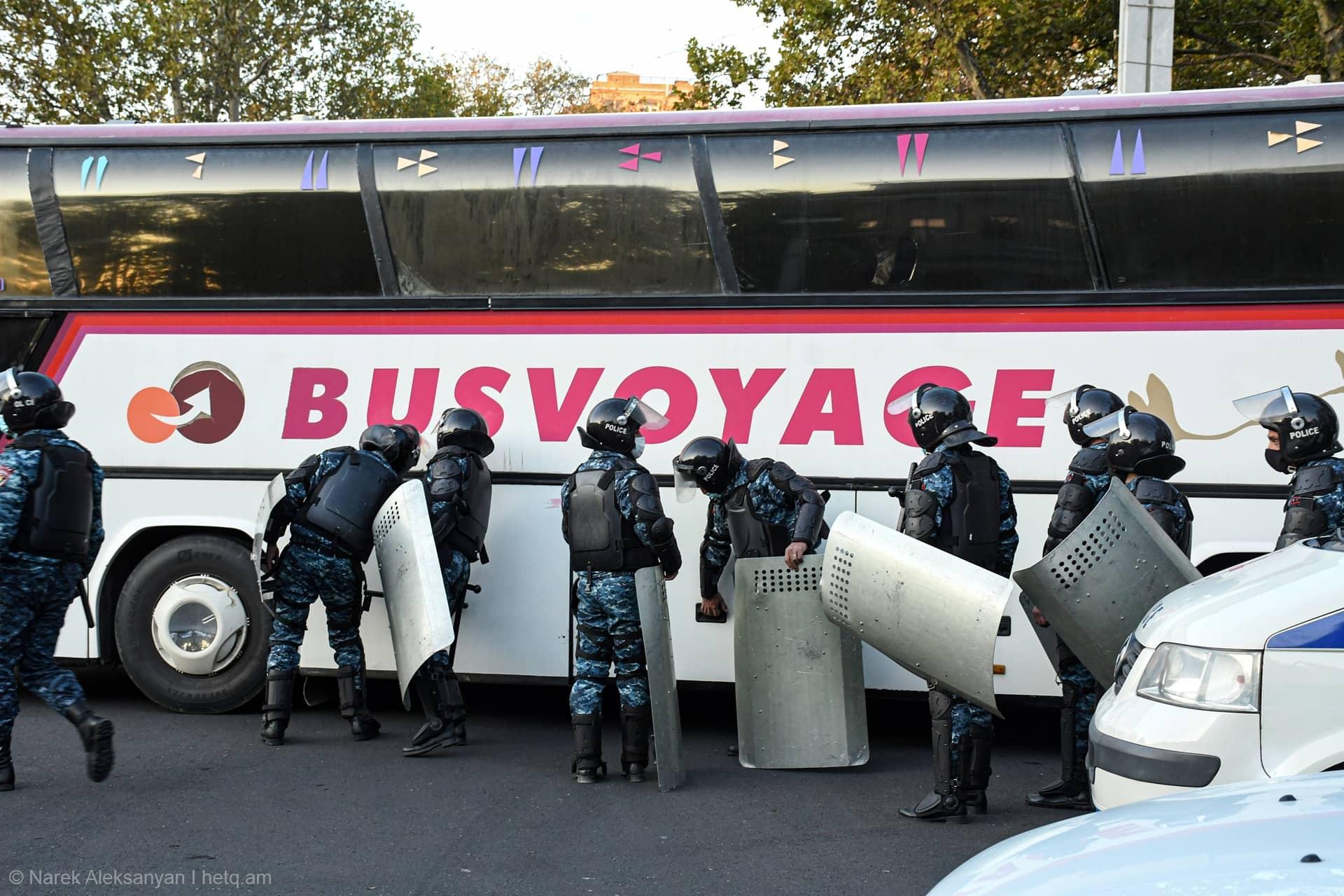 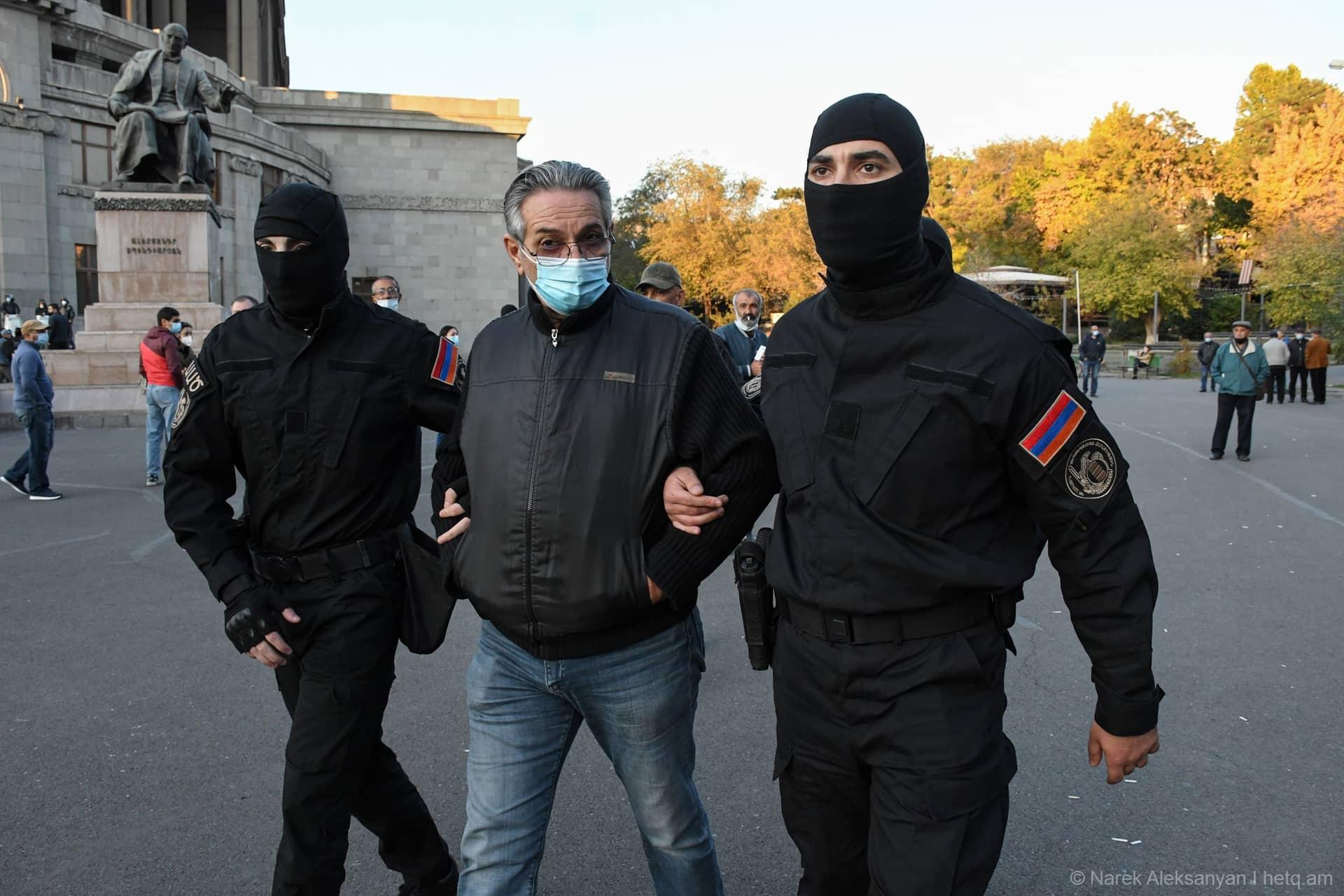 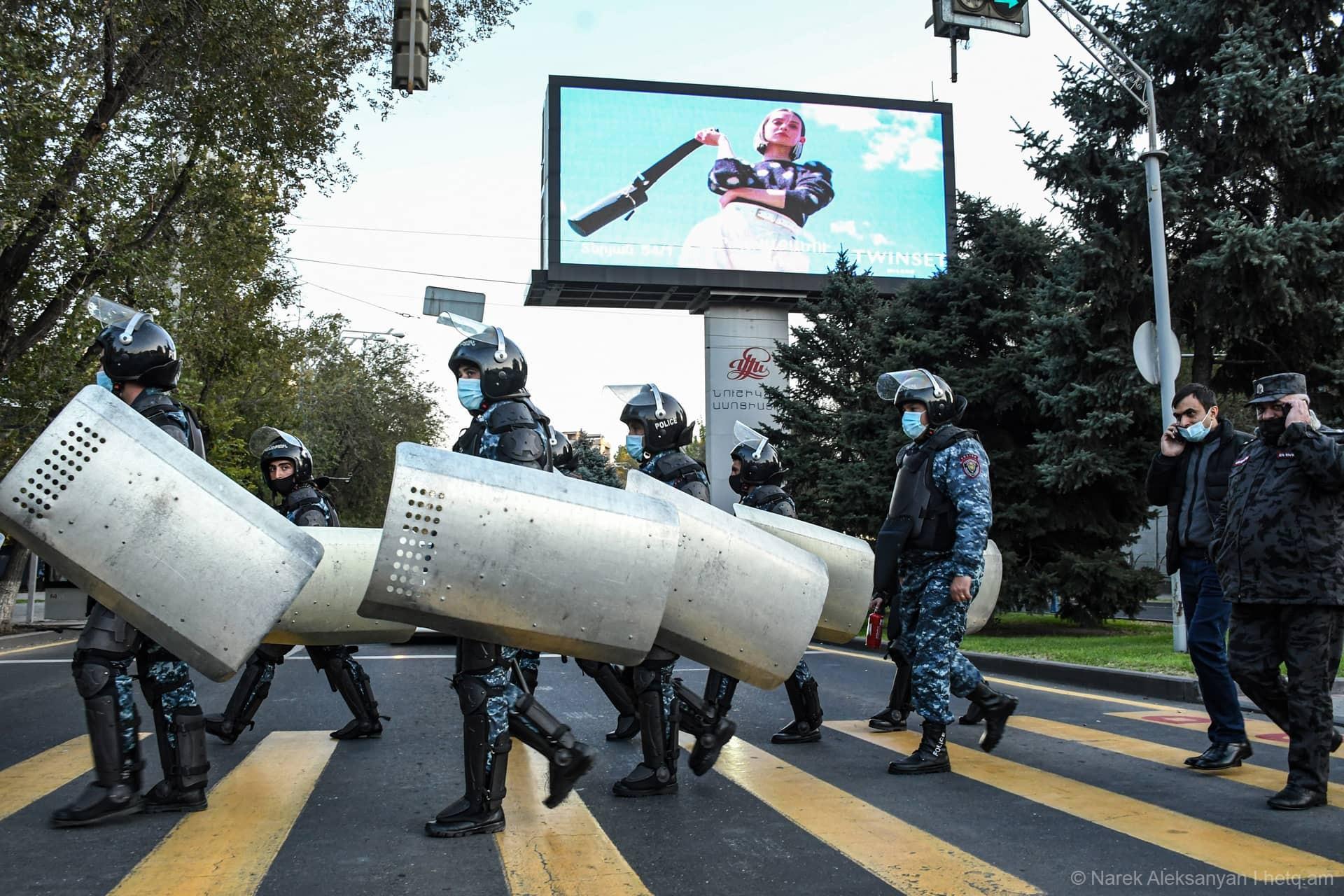 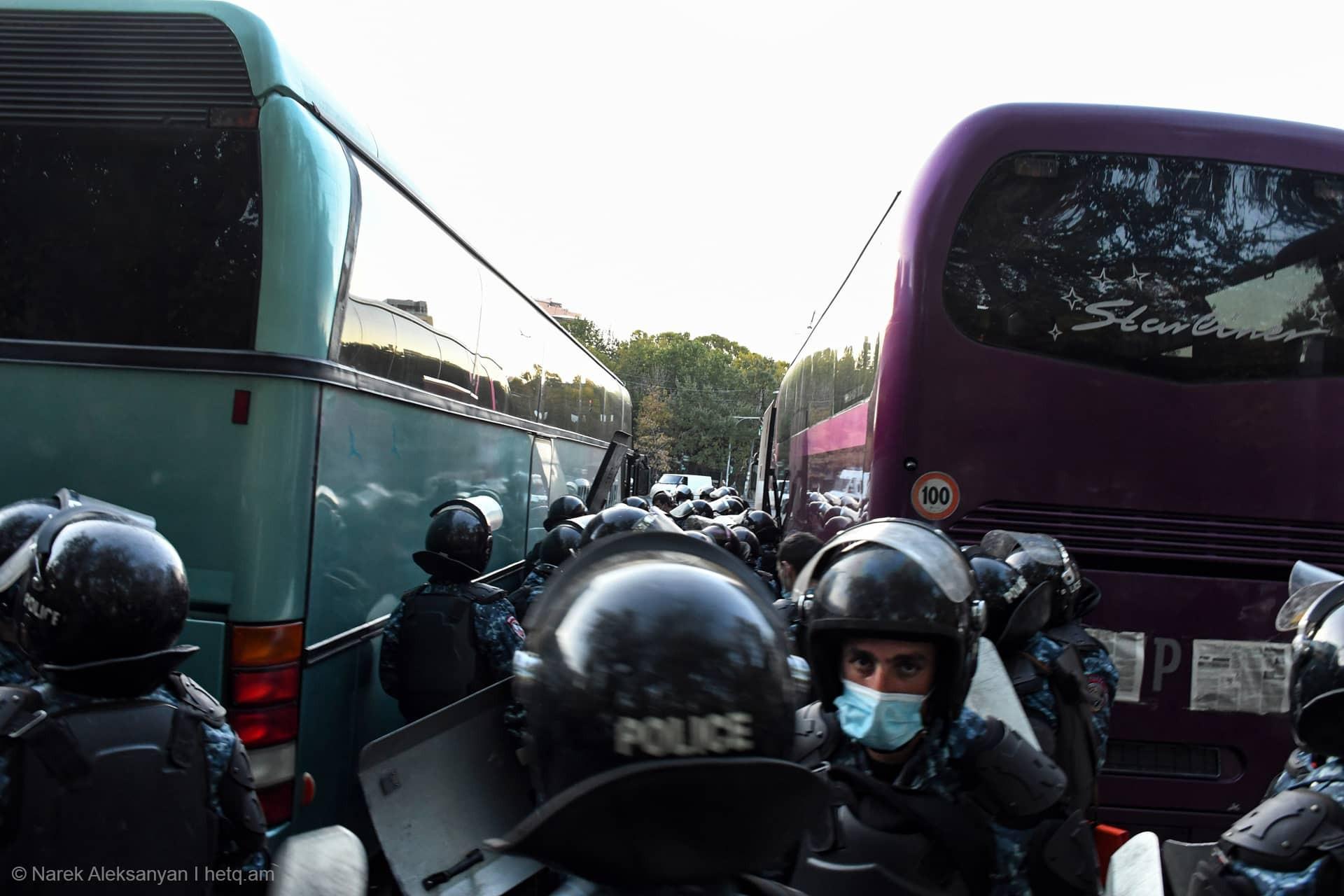 #The initiative of 17 parties