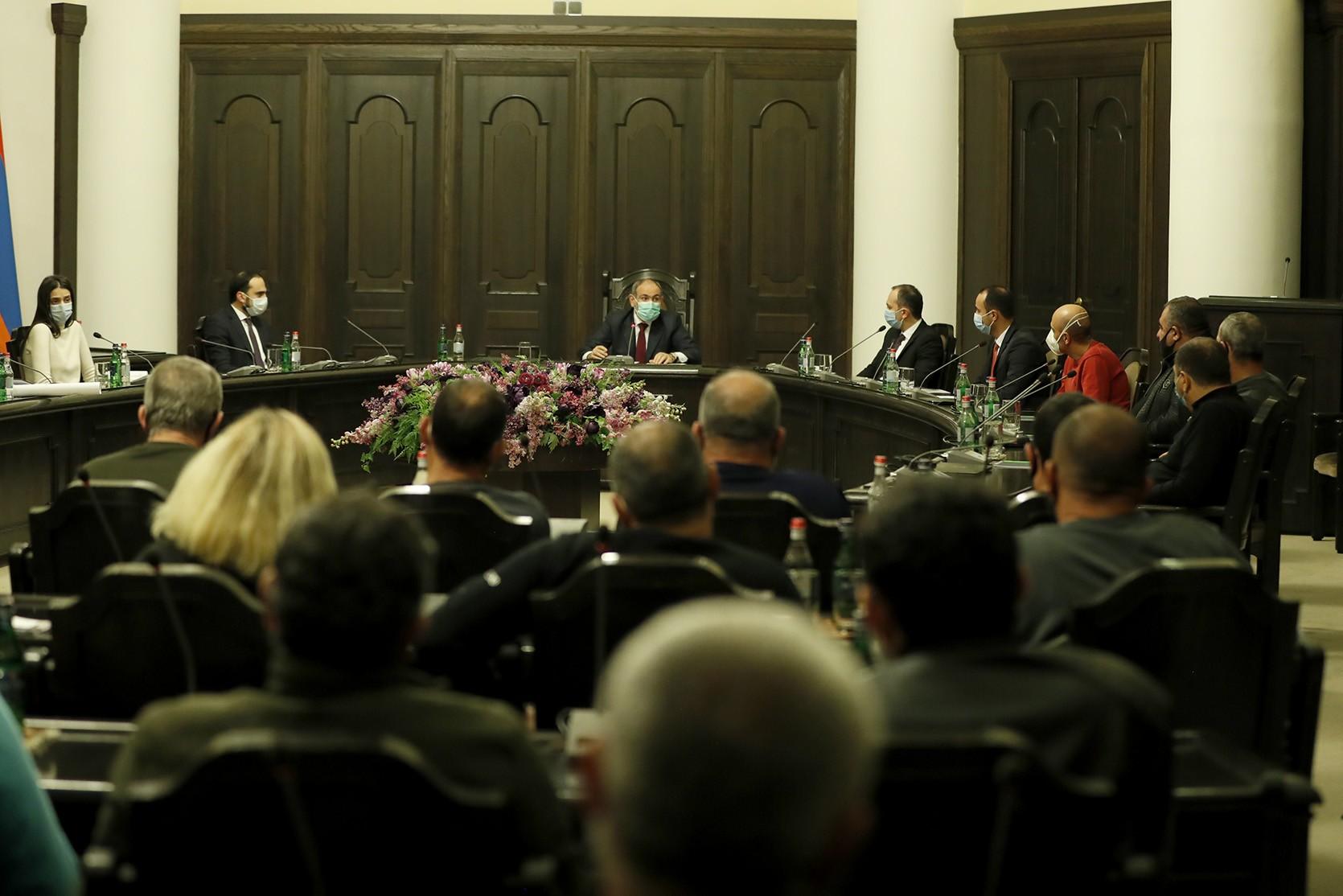 Pashinyan Meets Relatives of POWs and MIAs: "I share your grief"

Armenian Prime Minister Nikol Pashinyan yesterday met with members of families of Armenian servicemen and civilians missing or captured in the Artsakh war.

Pashinyan, according to a statement released by his office, told those present that while the government cannot answer all their questions he shares their grief and does not want to hide any information from them.

Pashinyan said there are objective and subjective reasons for why various state agencies have been unable to provide specifics about POWs or MIAs.

Pashinyan said his government will schedule similar meetings in the near future.