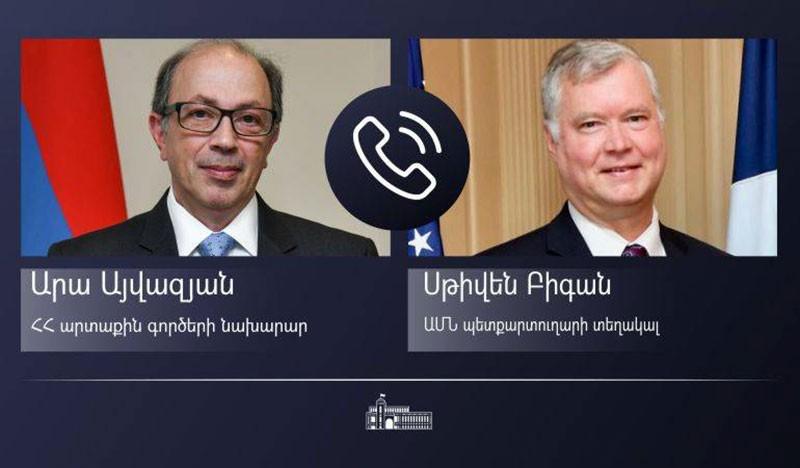 Ayvazyan, according to a statement released by his office, thanked the U.S. for its support, emphasizing the need for on-the-spot involvement of relevant international organizations.

The two stressed the need for close cooperation between the OSCE Minsk Group Co-Chair countries in fully addressing the interests of those impacted by the conflict.