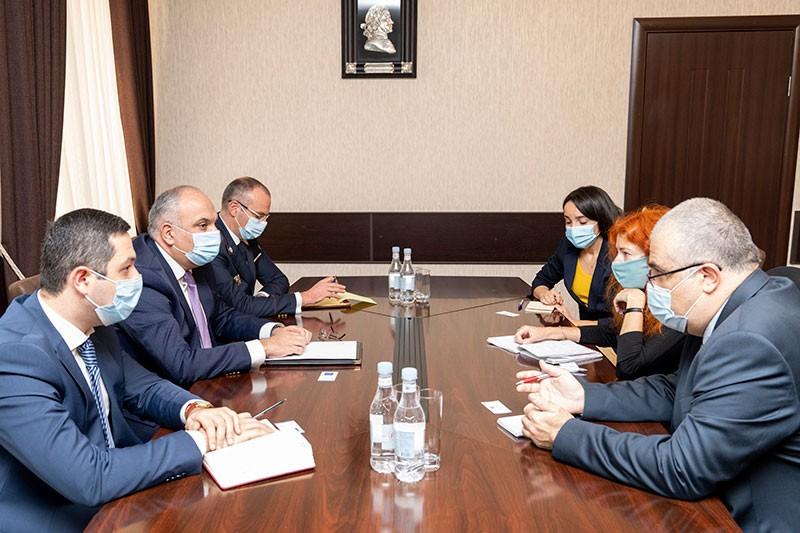 Armenian Military Prosecutor Vahe Harutyunyan and Associate Director for the Europe and Central Asia Division of Human Rights Watch Tanya Lokshina met in Yerevan today and discussed Azerbaijan’s use of foreign mercenaries and banned weapons in the recent war in Artsakh.

The parties, according to a statement released by Armenia’s Prosecutor General’s Office, referred to the cases of Armenian prisoners of war and civilians killed, tortured, and subjected to cruel and inhuman by representatives of the Azerbaijani Armed Forces.