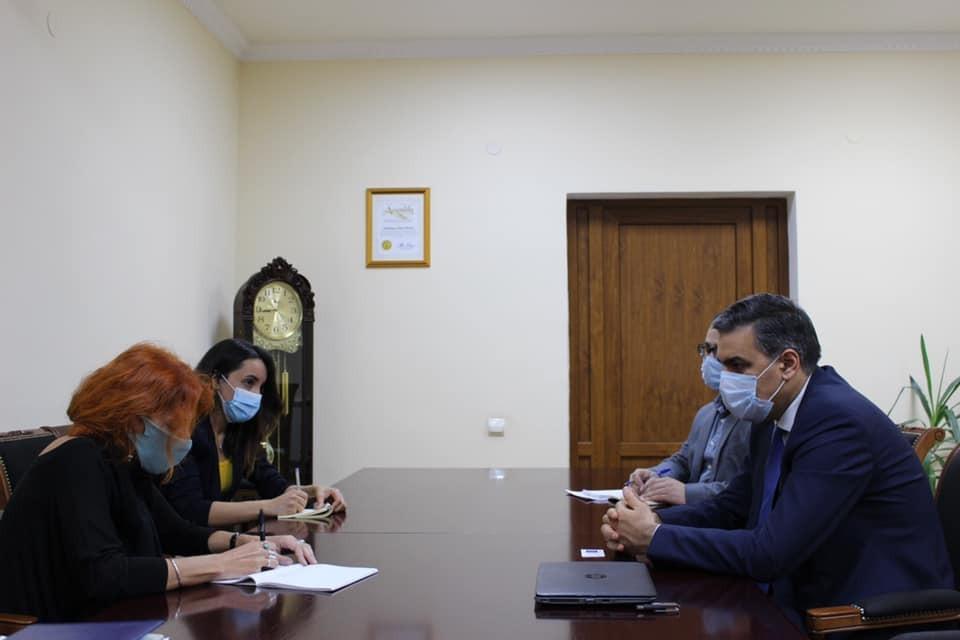 Armenian Human Rights Defender Arman Tatoyan and Human Rights Watch Deputy Regional Director for Europe and Central Asia Tanya Lokshina met in Yerevan yesterday to discuss Azerbaijan’s continuing attempts to delay the exchange of POWs and the bodies of servicemen and others killed in the recent Artsakh war.

Tatoyan, according to a statement released by his office, said that Azerbaijani authorities seek to create an atmosphere of uncertainty and tension in Armenian society and to cause further mental anguish to the families of dead servicemen, missing persons and prisoners.

Tatoyan told Lokshina that this is an integral part of Azerbaijan’s state policy of propaganda, torture, and inhuman treatment of Armenians in Azerbaijan.

Tatoyan said that the targeting of the civilian population of Artsakh, the use of prohibited weapons against them, and the involvement of mercenaries, testify to Azerbaijan's ongoing policy of ethnic cleansing in Artsakh.

The ombudsman thanked Human Rights Watch for a special report confirming the use of cluster munitions by Azerbaijan against civilians.