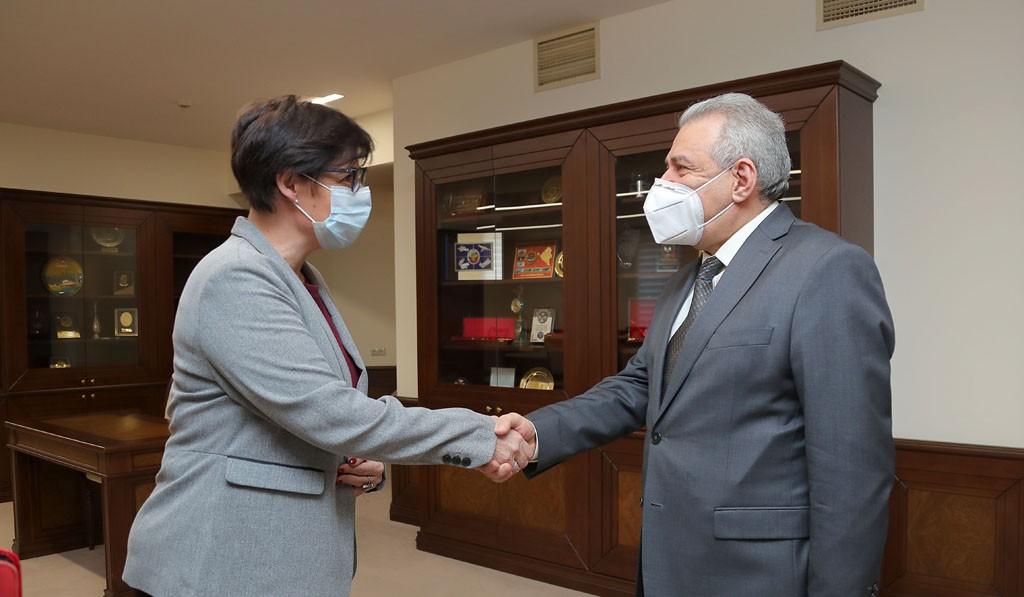 During a meeting today with Claire Meytraud, the outgoing Head of the International Committee of the Red Cross (ICRC) Delegation to Armenia, Armenian Defense Minister Vagharshak Harutyunyan stressed the important role played by the ICRC and the Russian peacekeeping detachment to locate and remove the bodies of Armenian servicemen killed in the recent Artsakh war, as well as the wounded and those reported missing in action.

The two also discussed the urgent need to clarify the fate of Armenian military POWs and civilians now in Azerbaijani custody.

Meytraud, according to an Armenian government statement, said that the ICRC delegation will, within the parameters of it remit, continue its mediation mission regarding the above matters.

Meytraud is to be replaced by Mr. Thierry Ribo.