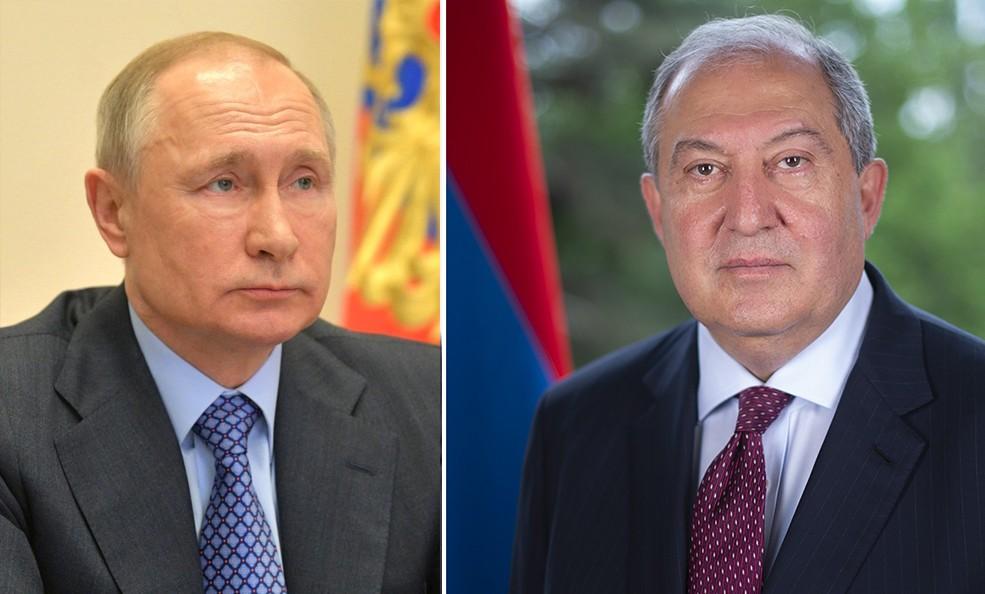 Armenian President Writes to Putin About Return of Armenian POWs

Armenian Armen Sarkissian has written to Russian President Valdimir Putin, urging him to facilitate issue the return of Armenian POWs now being held by Azerbaijan.

Sarkissian, according to a statement released by his office, wrote Putin that Armenians in Armenia and the diaspora are deeply concerned about the plight of soldiers and civilians in Azerbaijani captivity.