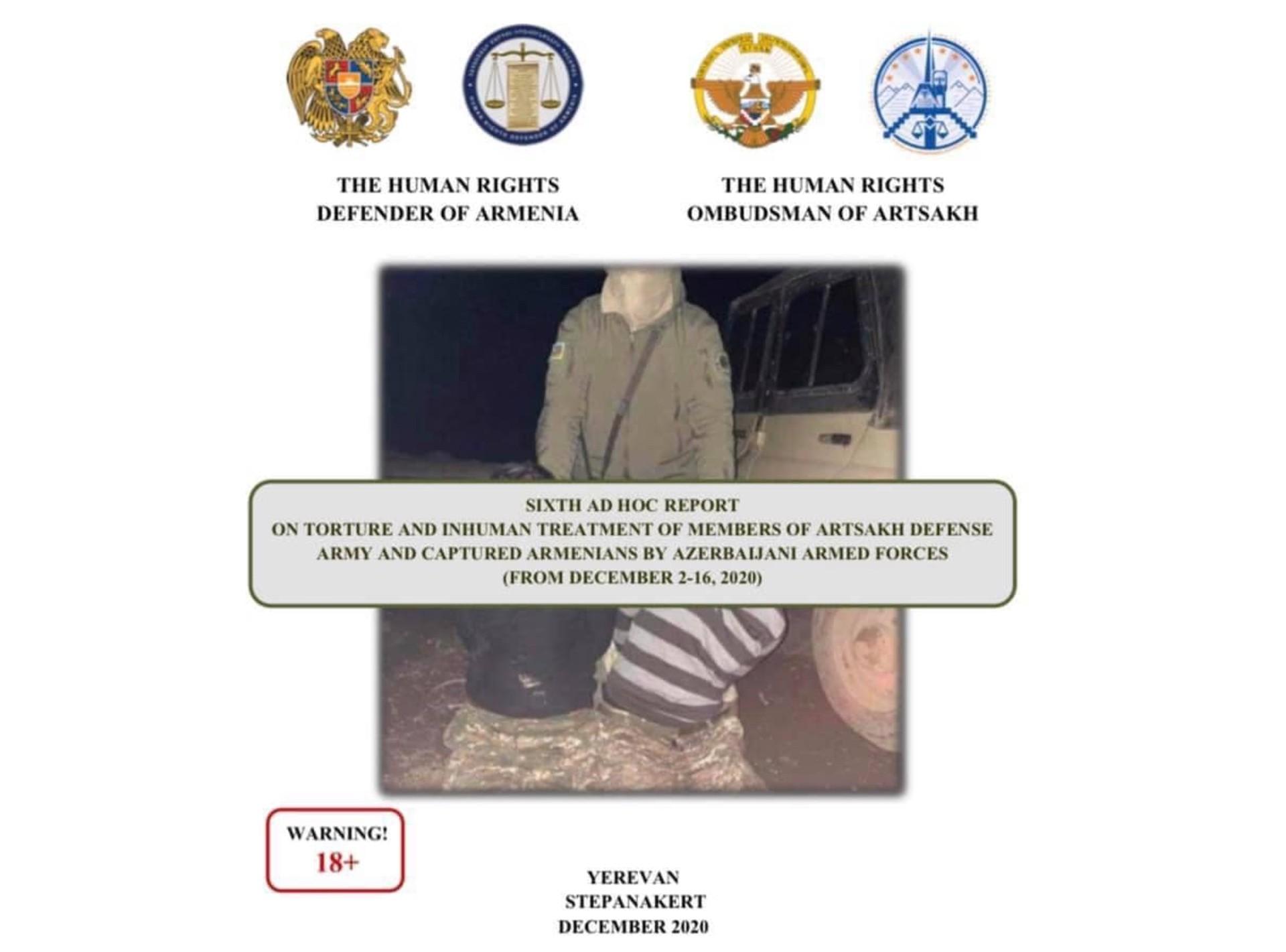 Human Rights Defender of Armenia Arman Tatoyan reports that they have finished the sixth closed report on atrocities committed by the Azerbaijani armed forces against captured ethnic Armenians and bodies.

It is the 6th report covering only torture and cruelty and refers only to the period from 2-16 December, 2020.

This report provides concrete evidence of all atrocities and war crimes committed by the Azerbaijani armed forces. All these were committed only because people were ethnic Armenians. These are the result of the Azerbaijani state supported policy of hate speech in Azerbaijan.

The report contains evidence and analysis confirming the Azerbaijani policy of ethnic cleansing and genocide through terroristic methods in Artsakh.

P.S. We do not publish the content of the report given the severity of atrocities and torture committed by Azerbaijan. It will be submitted to international bodies, as well as to relevant state bodies of Armenia.