Armenians Invested Millions in Artsakh; Much Is Now in Azerbaijani Hands

Following the liberation of Artsakh in the 1990s, Armenians the world over   strove to develop those lands, a part of the “historic homeland” that had been neglected for decades under Soviet Azerbaijani rule.

Resources, both human and financial, were invested to improve conditions in the new Republic of Artsakh that consisted of the former Nagorno Karabakh Autonomous Oblast and surrounding territories.

What was invested over the past thirty years in those lands, the bulk of which are now under Azerbaijani control?

On December 9, the Ministry of Territorial Administration and Development of Artsakh published the list of 118 communities in the seven districts of the Republic of Artsakh now under Azerbaijani control. (The seven administrative districts are Shahumyan, Martakert, Askeran, Martuni, Hadrut, Shushi and Kashatagh.) 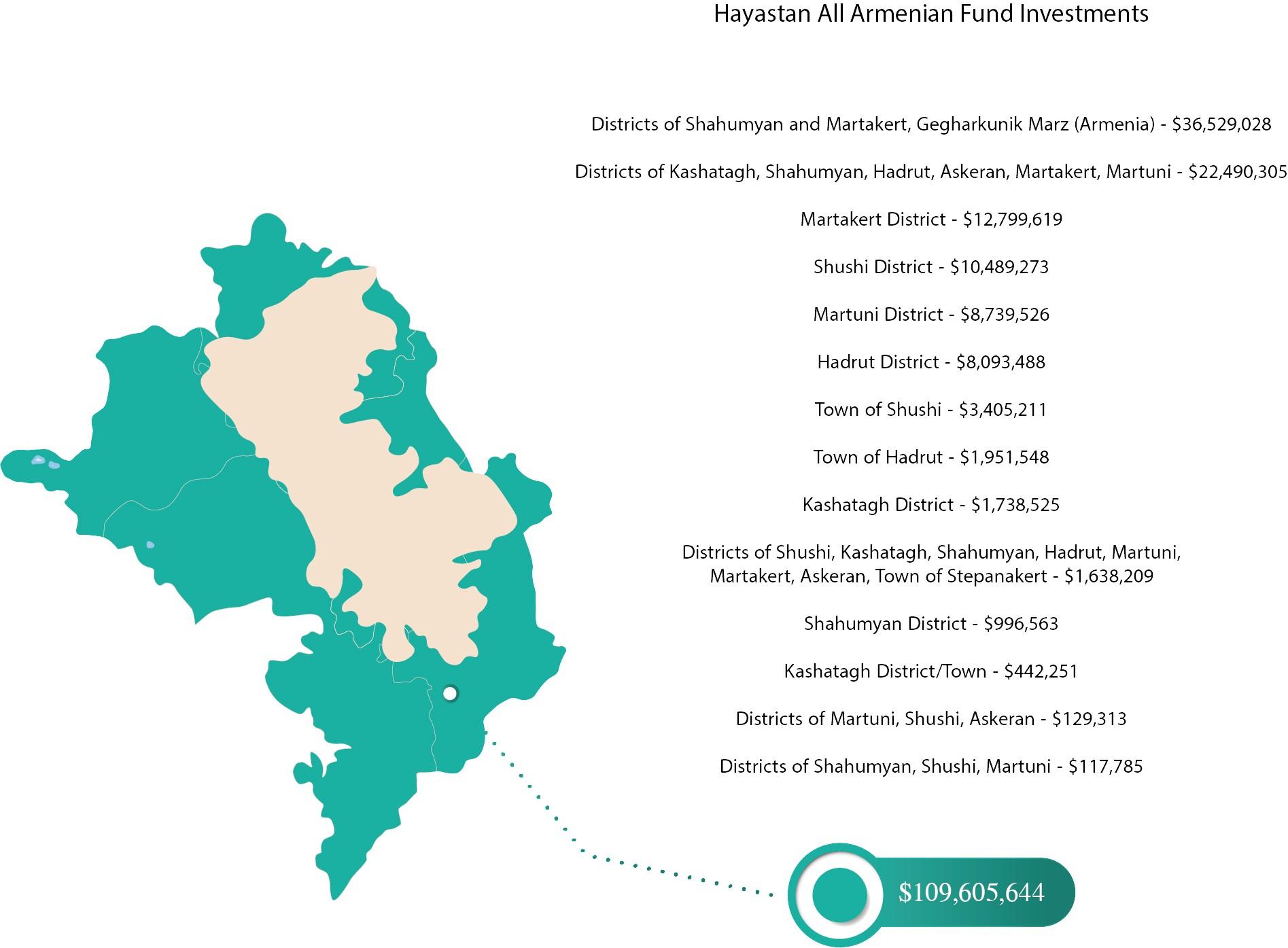 In 1992, the Hayastan All Armenian Fund (HAAF) was established to rebuild Artsakh with funds raised by Armenians around the world and to implement development programs in Armenia, which was severely affected by the catastrophic 1988 earthquake.

According to our calculations, HAAF has invested the lion’s share in Artsakh, some $110 million in the “lost” Artsakh areas. This calculation does not include 1992-1997 figures as the costs of the work done then were not disaggregated by the community reports.

Three communities from the Shushi District were handed over to Azerbaijani control as part of the November 9, 2020 ceasefire - the town of Shushi and the villages of Karin Tak and Kirsavan. For the past 26 years, HAAF carried out large-scale capital works in Karin Tak. 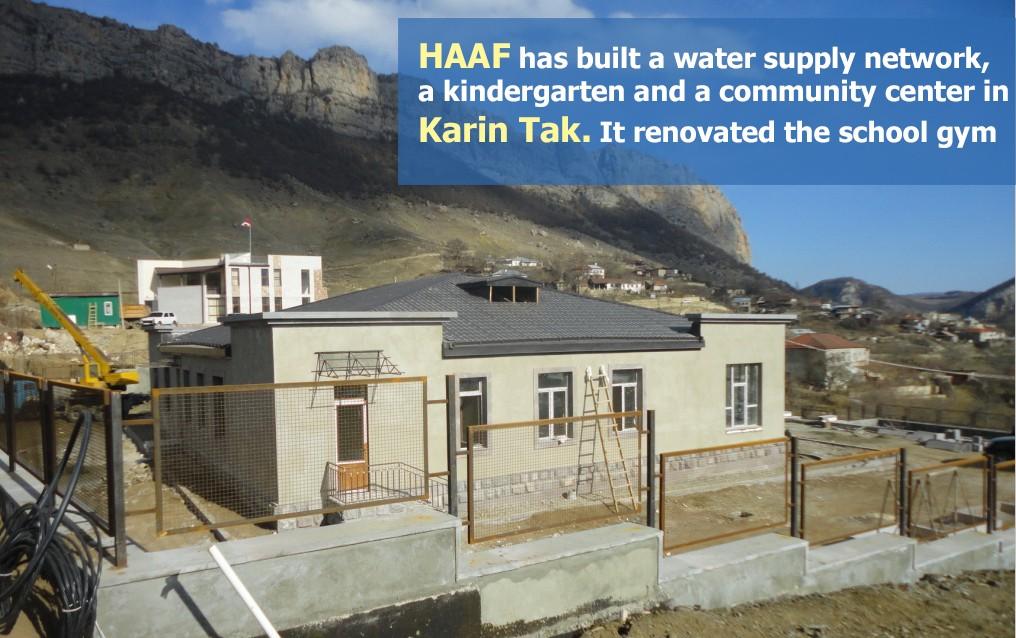 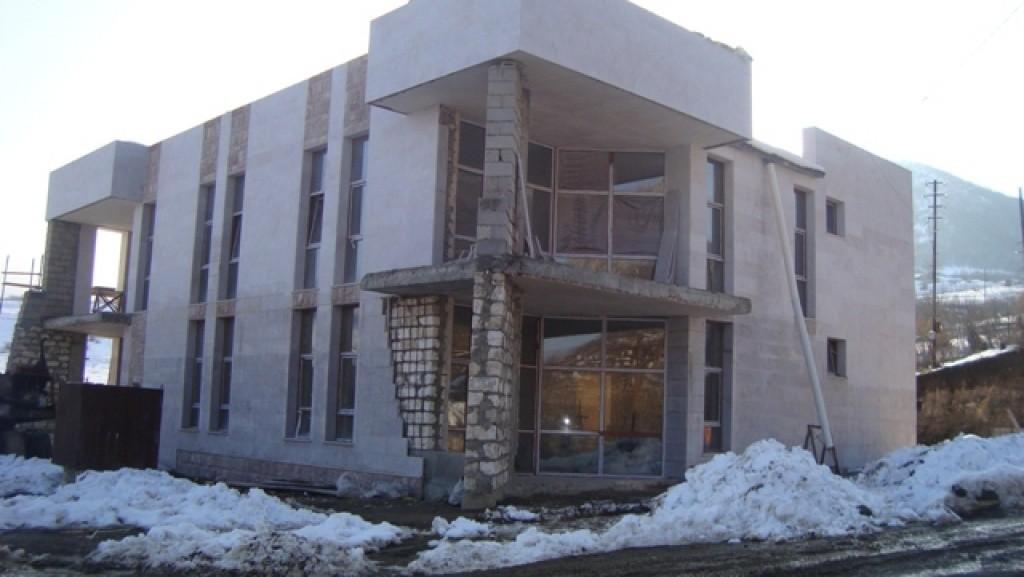 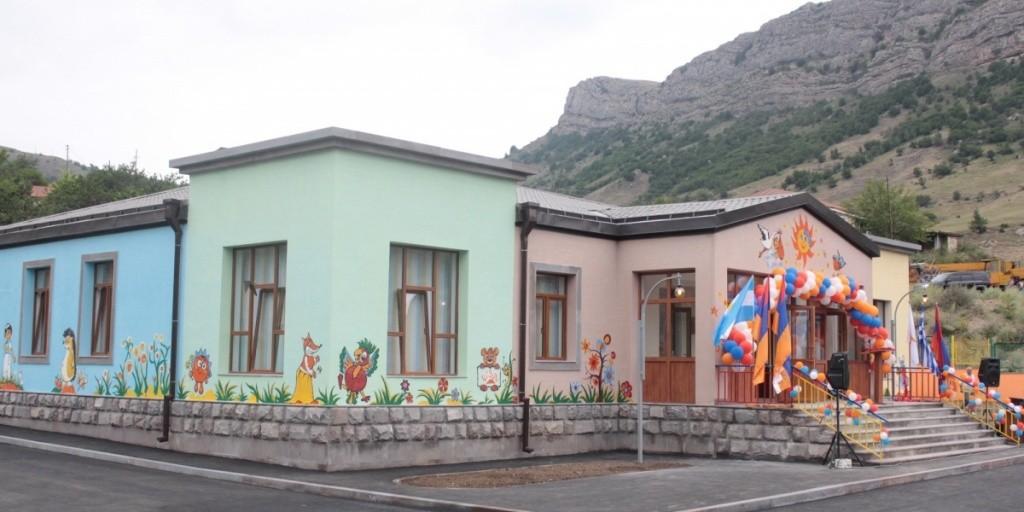 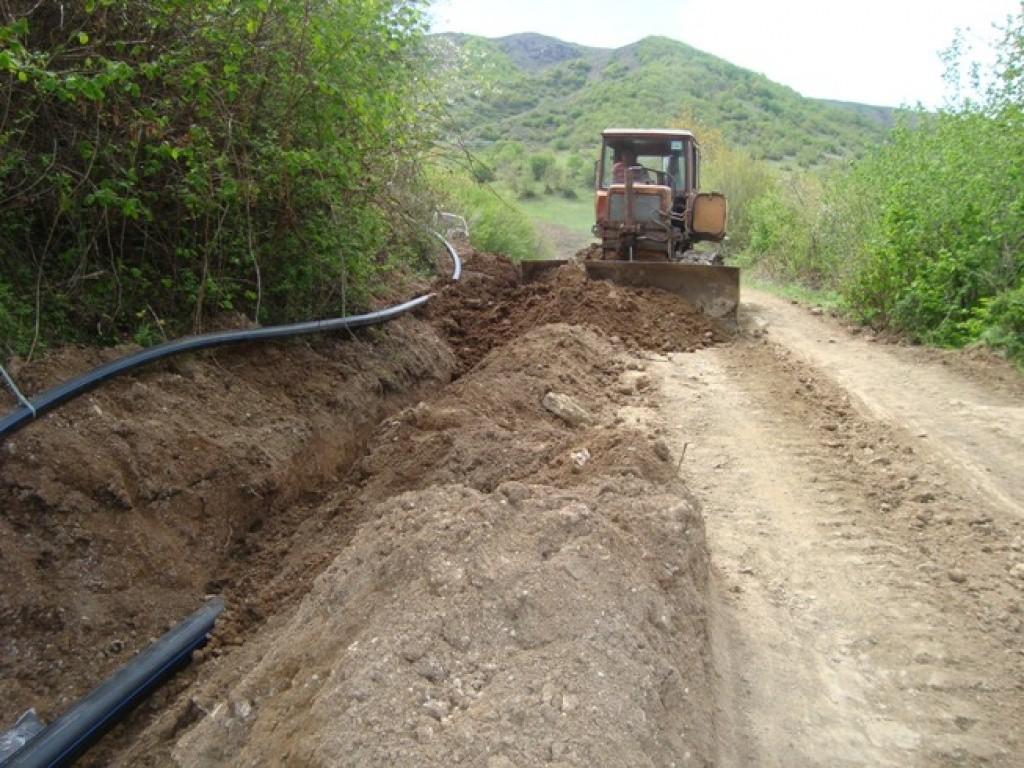 Development programs in Hadrut were implemented by the Hayastan All-Armenian Fund and the Armenian General Benevolent Union (AGBU). HAAF has made major investments in building infrastructure and addressing social and health issues. 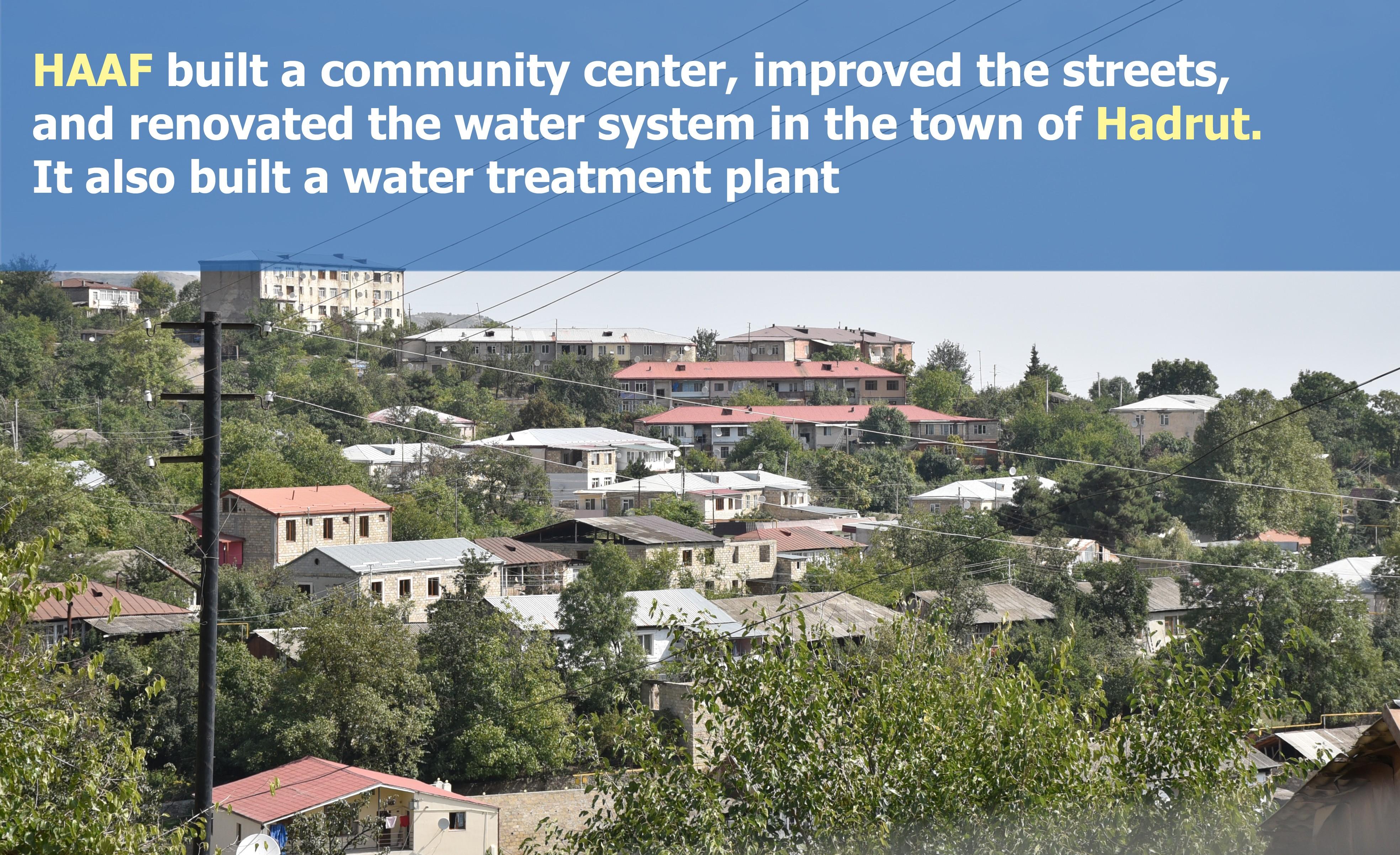 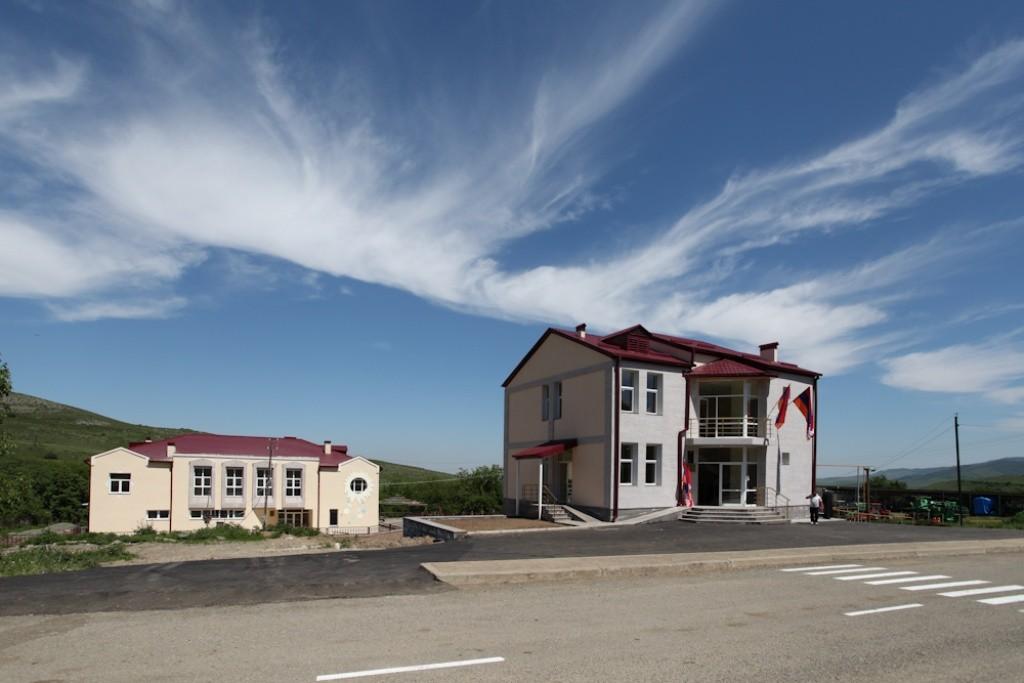 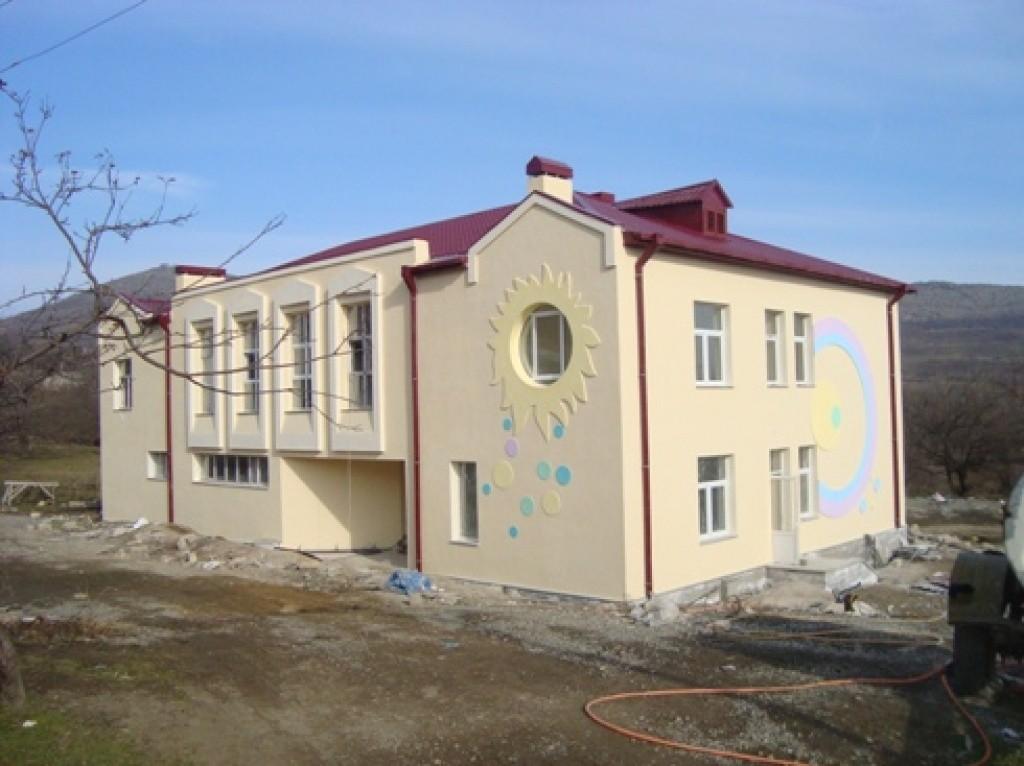 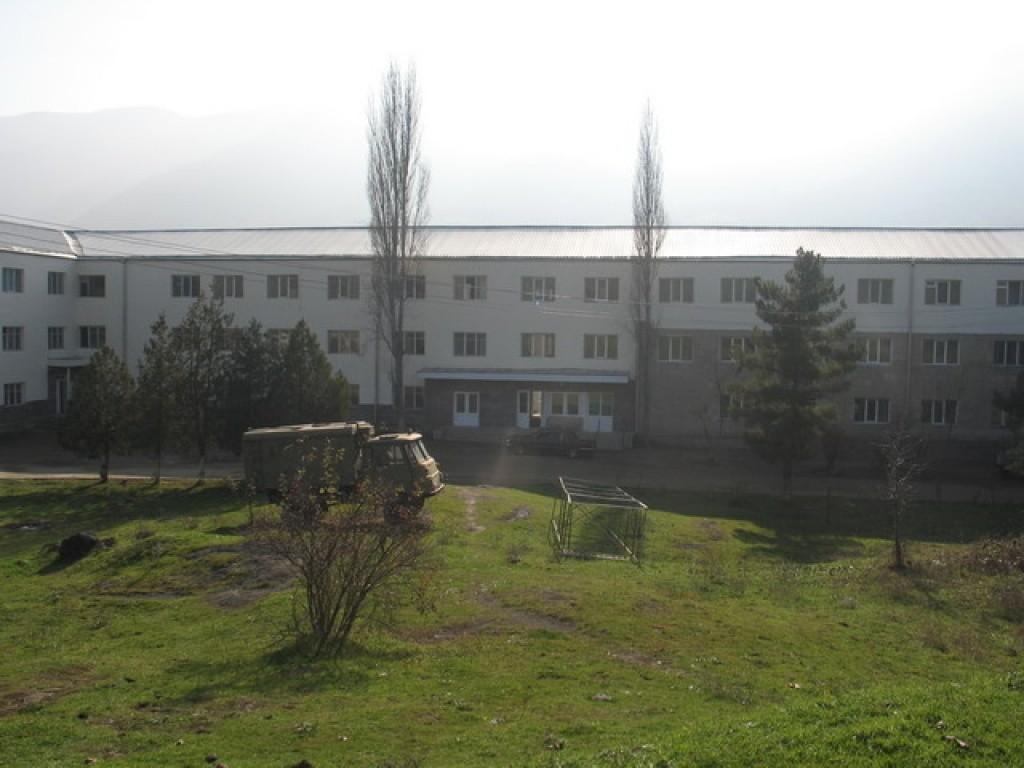 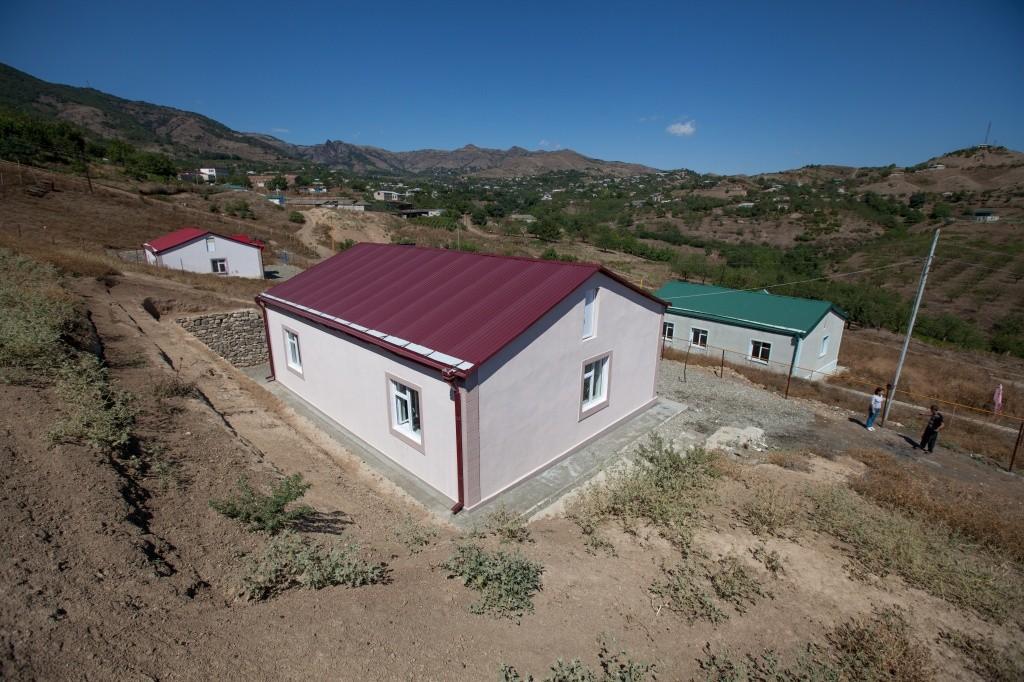 The priority for the AGBU was the resettlement of Artsakh. In 2002, the reconstruction of the village of Norashen in the Hadrut District began. This project later became the AGBU General Resettlement Program in Artsakh, which aimed to restore and resettle Armenian villages destroyed and abandoned in the 1988-1994. war. The AGBU has built 20 houses, an aid station, a kindergarten and a school in Norashen. The school, designed for 80 students, has eight classrooms, a hall for various events, and a computer room. About 150 residents live in thirty houses built by the AGBU in Artsakh Ten houses were built in Bareshen village. 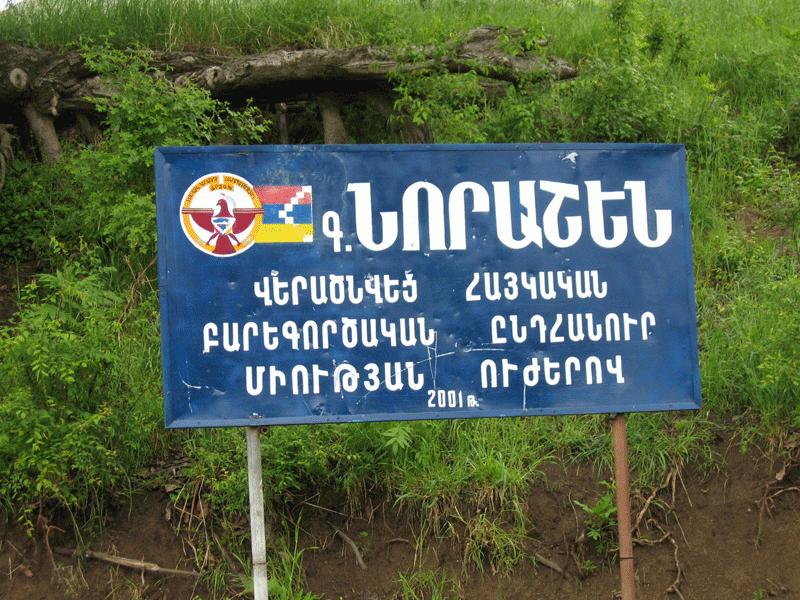 Norashen was reborn by the efforts of the AGBU. 2001.

Investment in Kashatagh and Karvatchar 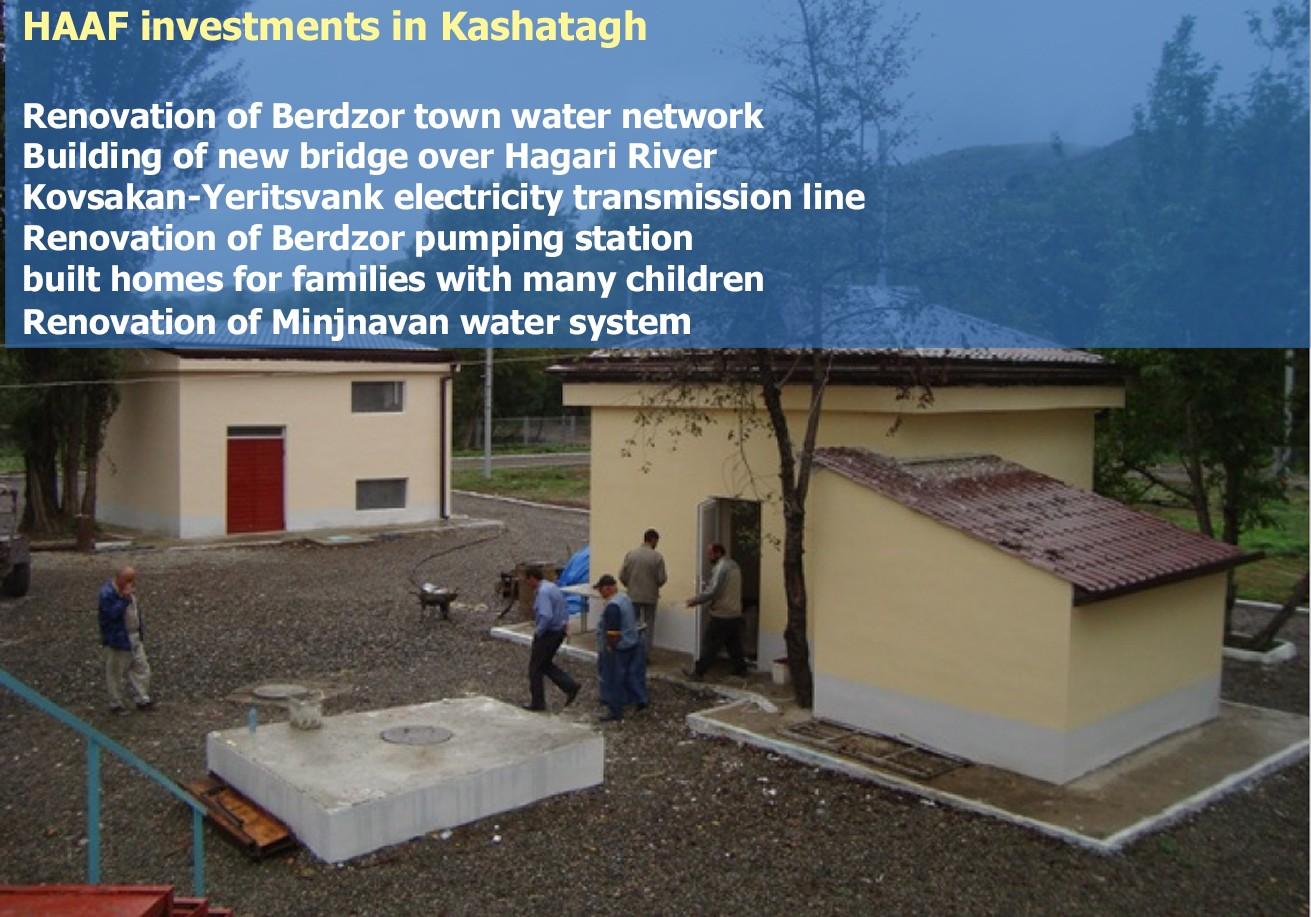 ARF investment in Kashatagh and Karvatchar

The largest investments in Kashatagh and Karvatchar were made by the Armenian Revolutionary Federation (ARF). According to their calculations, the volume of investments amounted to more than $20 million, which does not include charitable programs. Construction of small hydropower plants began in the Aghavno River area in 2009. In 2011, the "Syunik-1" hydroelectric power station was opened, followed by "Syunik-2", "Syunik-3", "Syunik 4" plants. 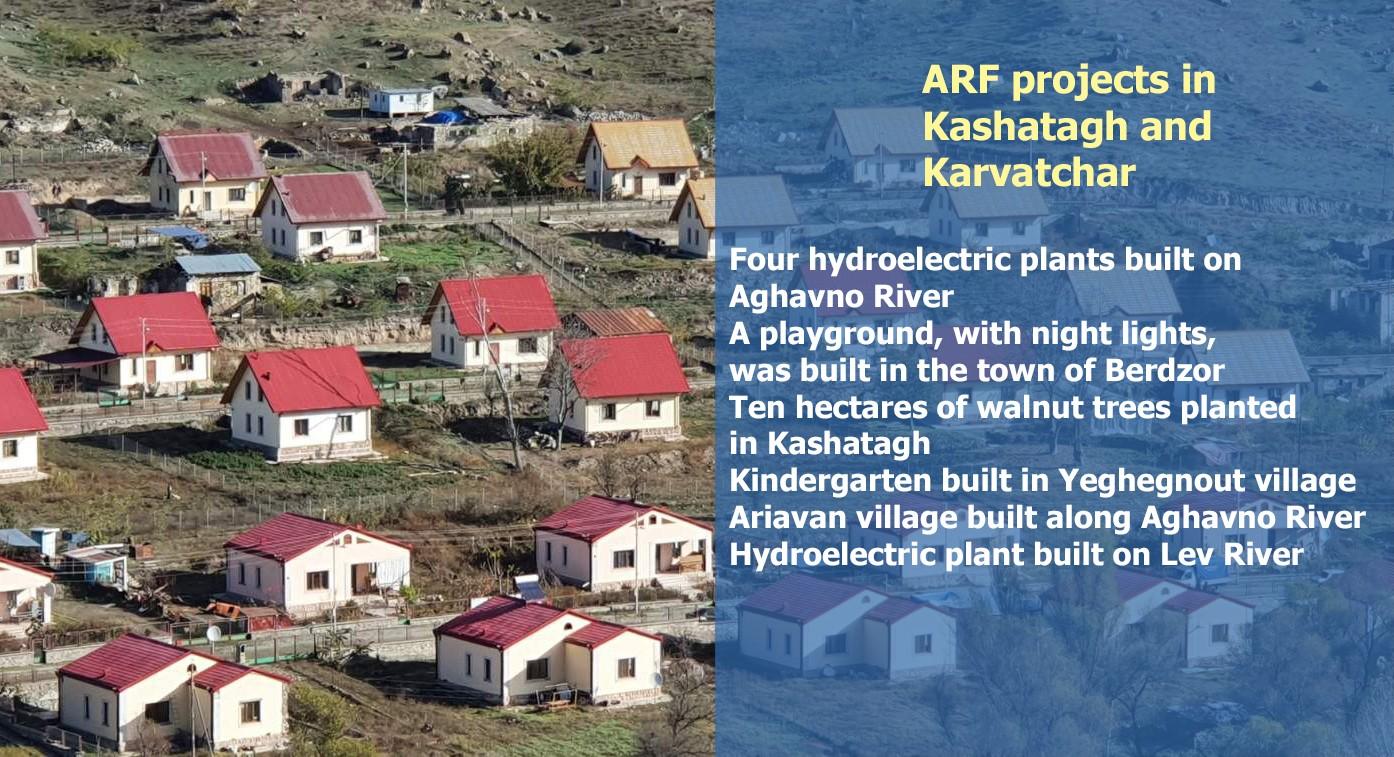 ARF Central Committee member Hakob Matilyan says the ARF organized the investments and that they never pursued a profit motive. He told Hetq the purpose of the construction of power plants was mostly social and strategic, which is why they had at least 25 shareholders. The investors were the members of the party, who regularly helped Armenia.

"We tried to involve many people, mainly Diaspora Armenians. The locals were simply involved in that work as a guarantee for the Diaspora Armenians to have confidence in making investments. First, we wanted to create a certain number of jobs, to stimulate economic life in these regions, to serve as an example for other employers and those who have money," says Matilyan.

Matilyan says that the investors were, of course, concerned because the status of those areas was not specified.

"We took the risk and started the work. We started the construction of the first hydro-plant in Kashatagh. After "Syunik-1". other investors were included in the program because they saw that it had succeeded as a business program. After the successful experience of hydropower plants in the Kashatagh region, other investors came and started working," says Matilyan. 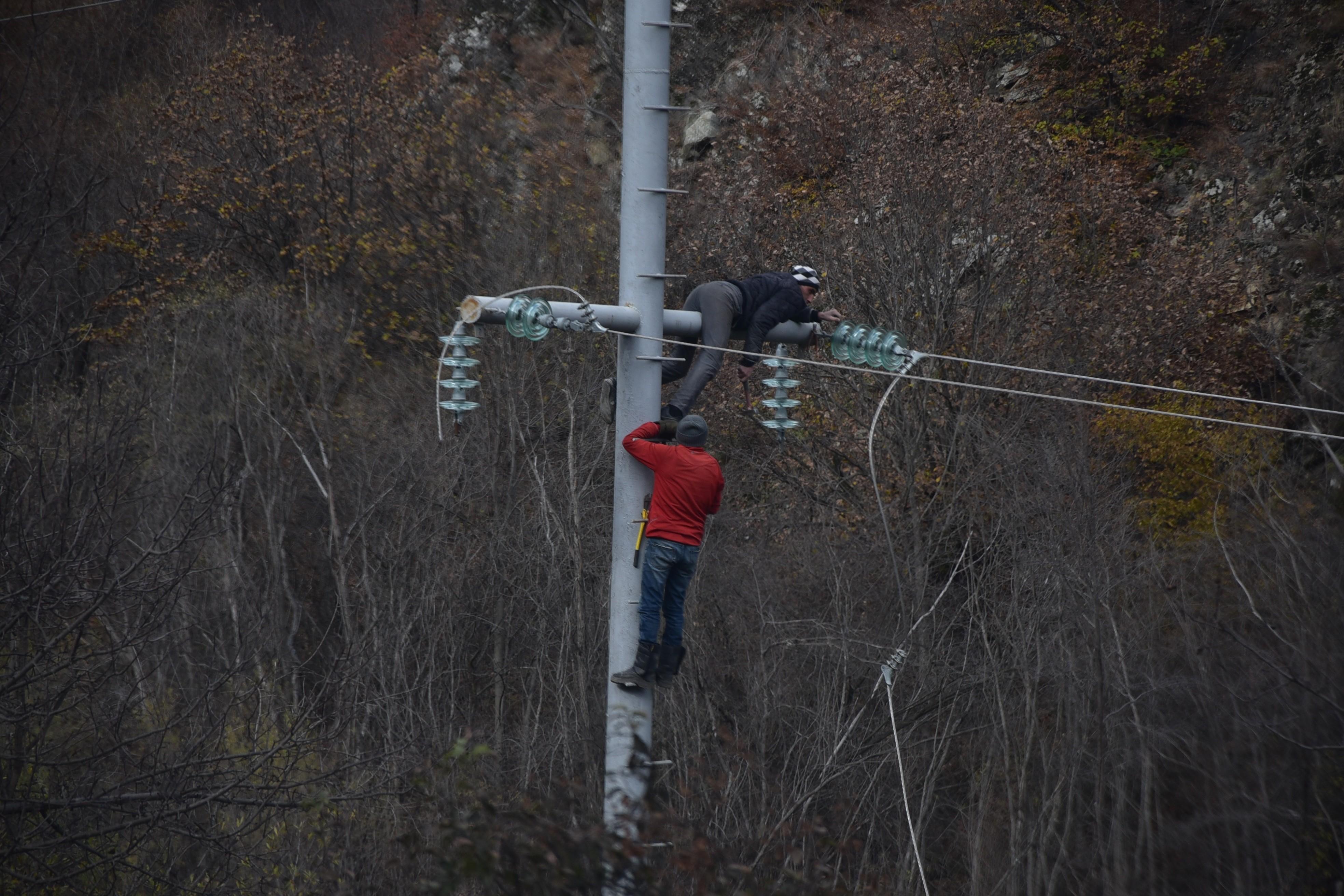 Matilyan says they created 50 jobs and provided 22% of the electricity consumed in Artsakh with those hydro-power plants. They produced as much as electricity as Artsakh received from Armenia.

"We became the largest taxpayer in the Artsakh Republic. We have helped the leadership of Kashatagh in all issues. With the proceeds from the plants, we carried out the lighting of the city of Berdzor. A playground was built. We created the Kashatagh Charitable Foundation, to which we have made regular donations,” Matilyan told Hetq.

He says that the same energy resources were available in Karvatchar, but they were not used. At the suggestion of the Artsakh government, a small hydroelectric power plant was built there on a small tributary, the Lev River.

Matilyan says that afterwards, the ARF made larger investments in Karvatchar and built large hydro-plants. Everything was going smoothly until the November 9 Artsakh capitulation. 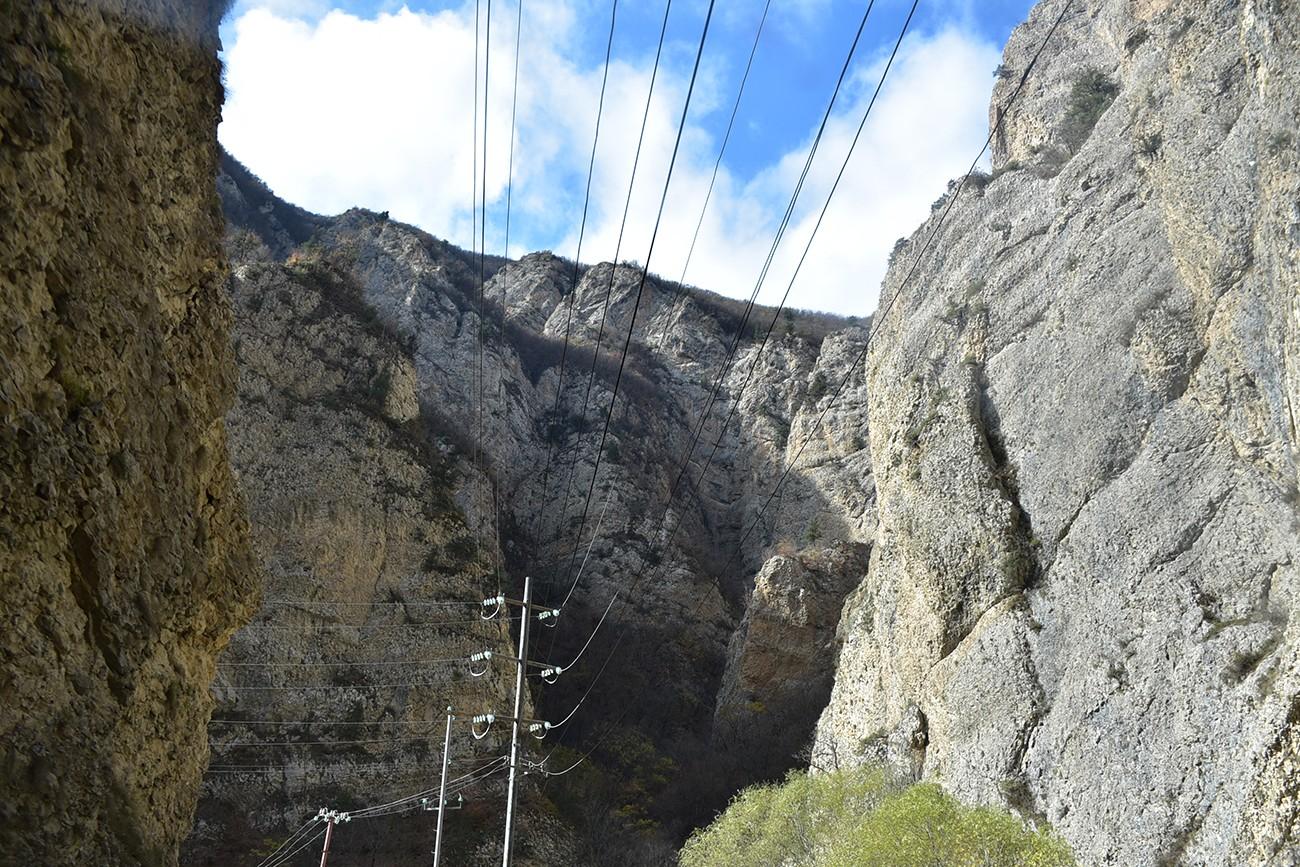 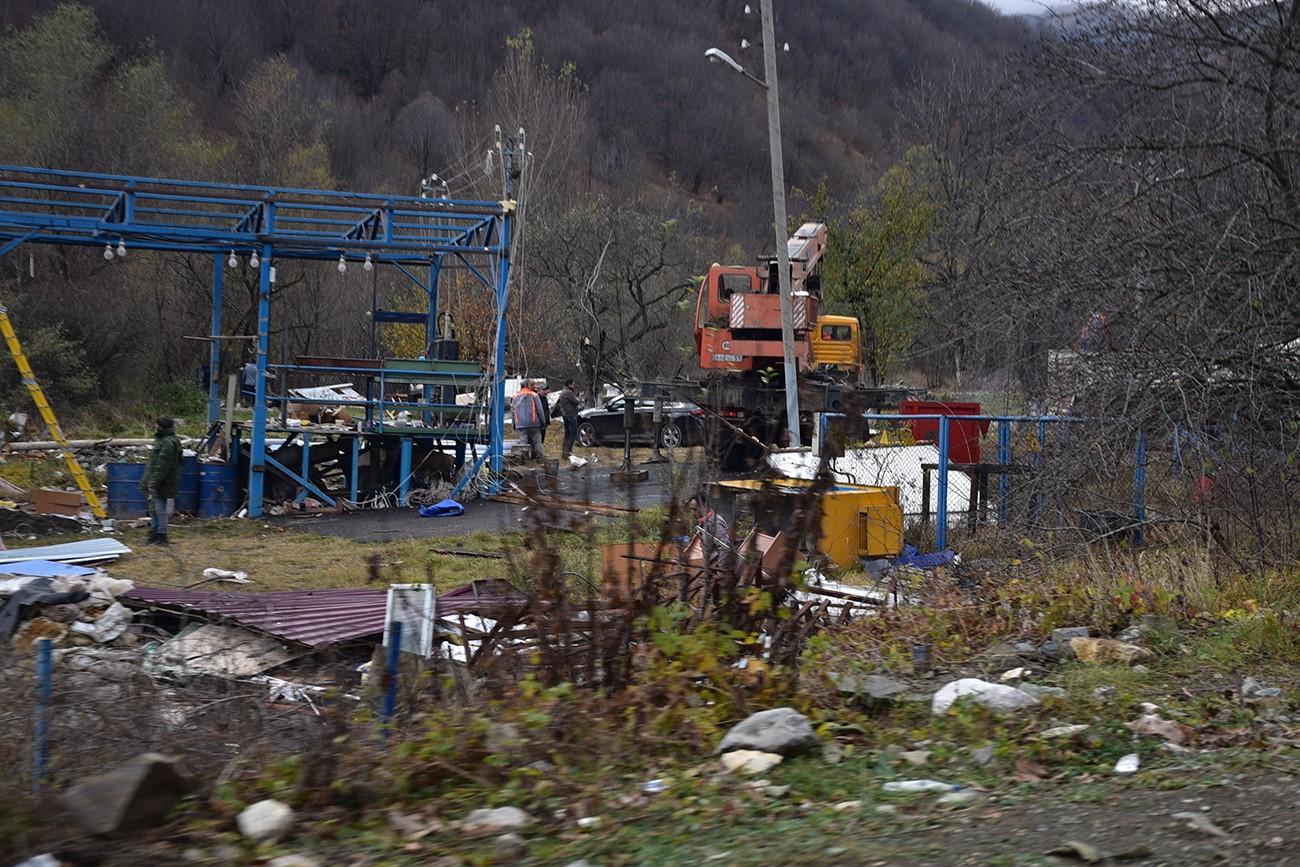 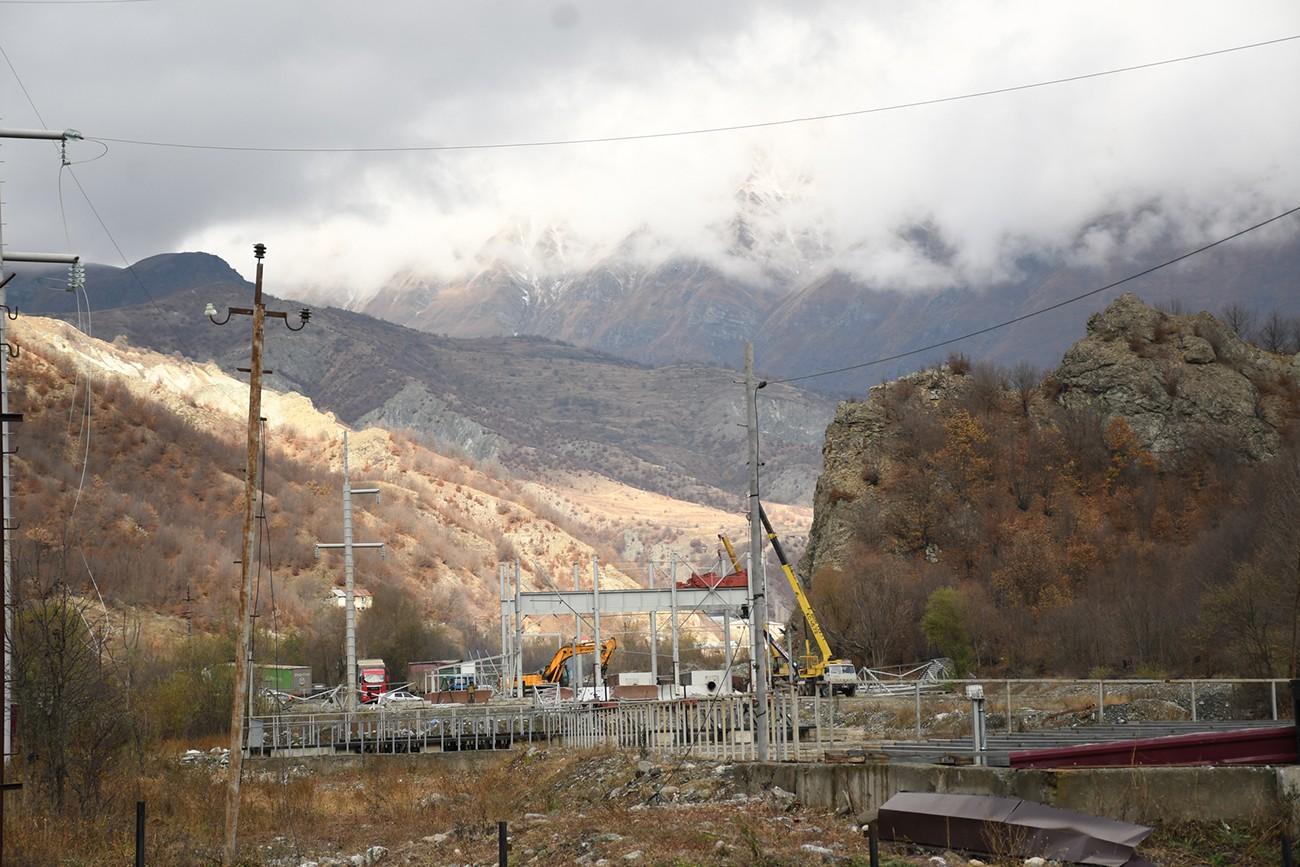 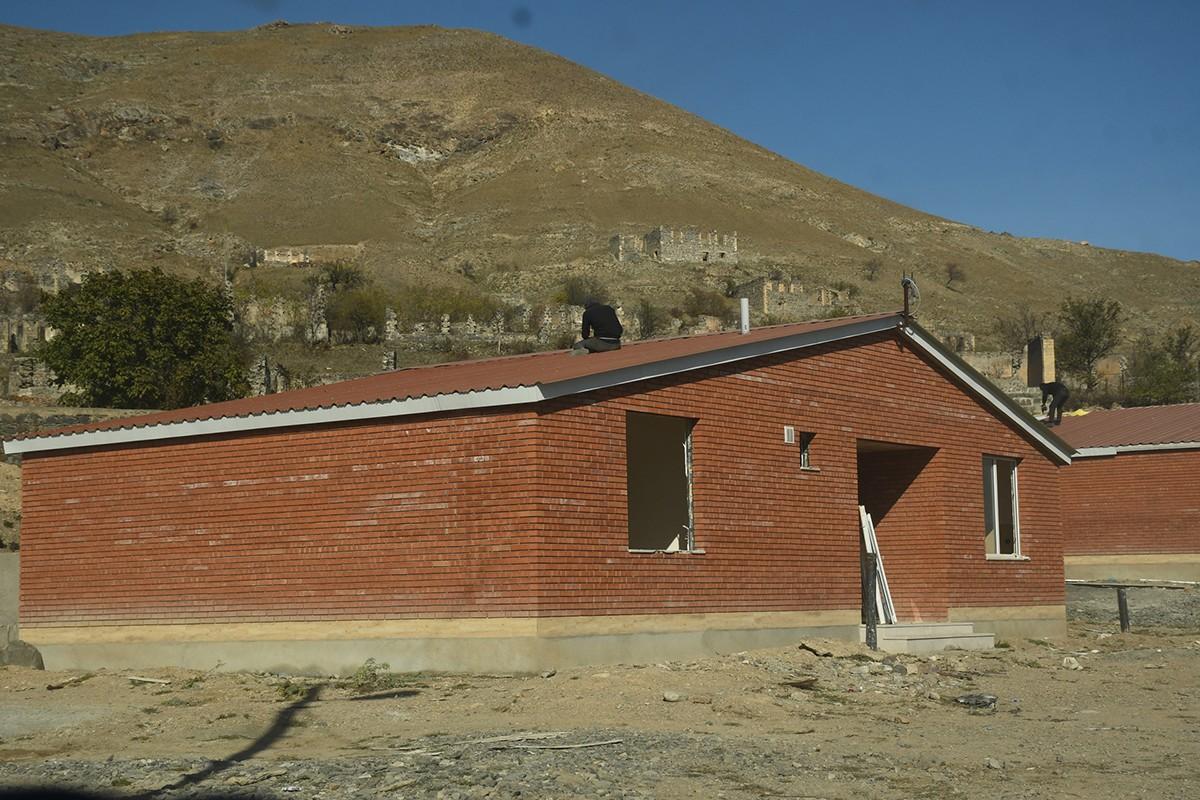 A modern kindergarten was built in the village of Yeghegnout in Karvatchar with the help of a benefactor who was a shareholder in the power plant project and donated the collected money to the kindergarten.

Ariavan was built in the village of Aghavno in Karvatchar with the investment of the Lebanese-Armenian ARF. They built 50 houses with modern communal facilities and a plot of land near it. The houses in Ariavan were provided to large families, officers who had served in the army for more than twenty years, and other residents. The infrastructure had to be created. The village, at the beginning of the Berdzor corridor, was deprived of electricity and natural gas after the recent Artsakh war, but residents do not plan to leave their homes. They have assumed   security of the village.

The second major project of ARI (Artsakh Roots Investment) was the construction of the Sydney settlement in Karvatchar. The settlement was built mainly with the $500,00 investment of Lebanese-Armenians and Australian-Armenians. The Artsakh government has invested another three hundred thousand dollars to build infrastructure in the district. The settlement had not been inhabited. 12 out of 15 private houses were ready for habitation. 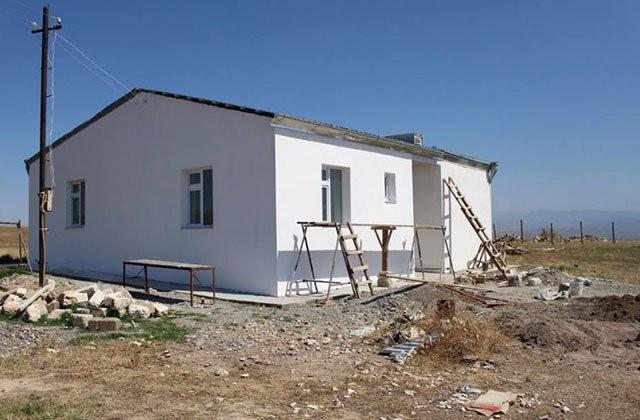 The Tufenkian Charitable Foundation (TCF) started its work in Artsakh in 2003. Its resettlement and economic development projects were mainly implemented in Kashatagh. Some $4 million was invested over the years. The focus was on school construction, housing, economic development, support for culture, renovation of historical monuments, etc. In 2004, the TCF established the village of Arajamugh in Kashatagh. It includes are 3-4-room private houses, built on adjacent land plots in accordance with current requirements. Each year, six houses were planned, bringing the total number to 40.

ARF projects in Kashatagh and Karvatchar 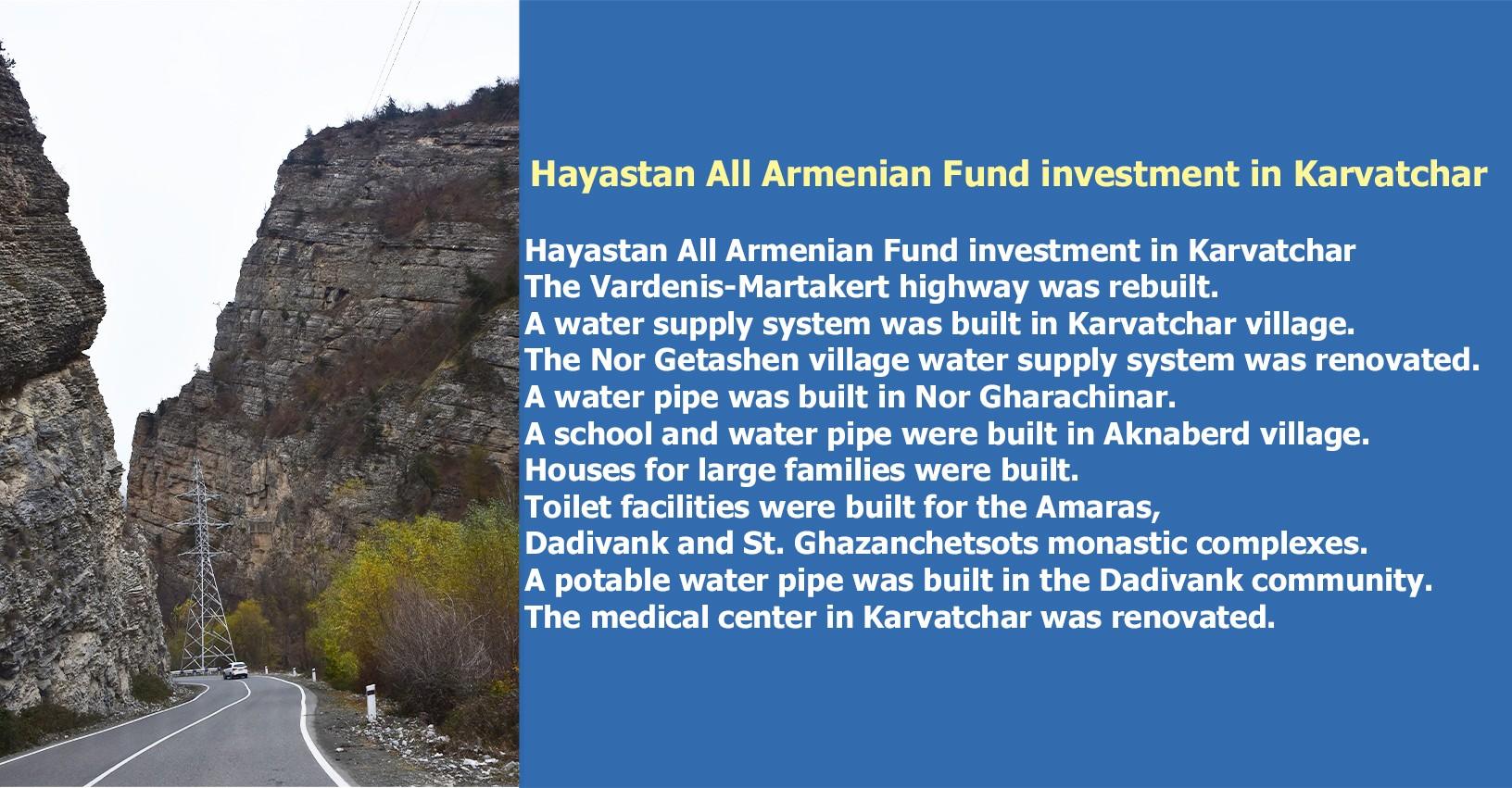 The AGBU provided agricultural machinery to Berdzor region residents of Berdzor. A vehicle parking lot was established for that equipment and a warehouse was built. Olive orchards have been established in the Berdzor region. 21,400 olive trees have been donated to 16 resettled Syrian-Armenian and 15 local families. 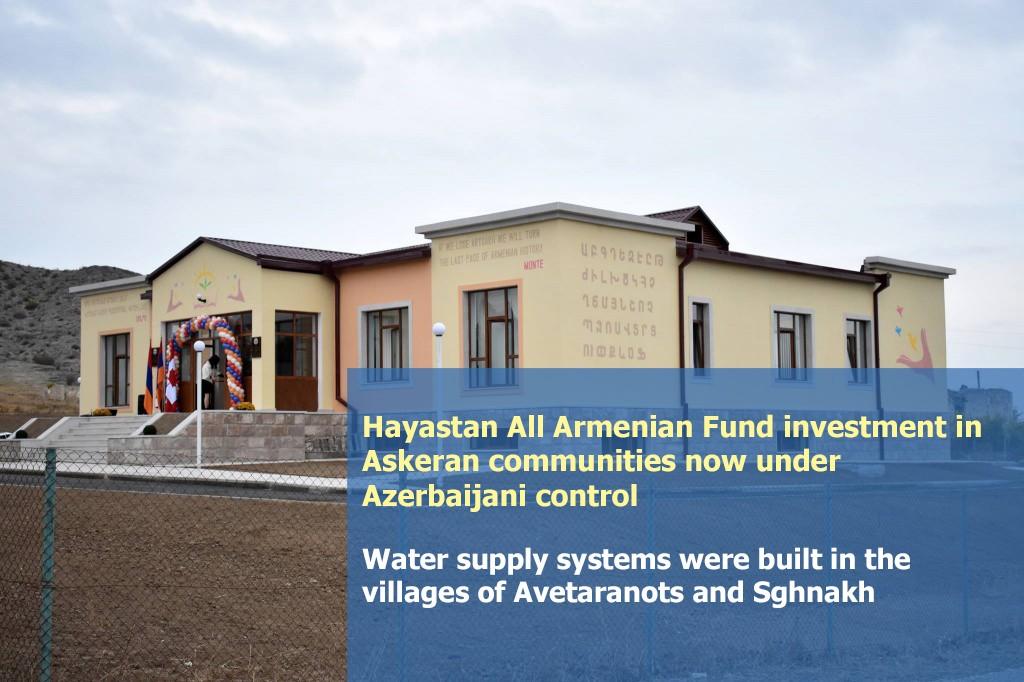 The Hayastan All-Armenian Fund (HAAF) has carried out large-scale construction work in Talish village as part of its Talish Revival program. 18 residential houses were rebuilt. A community center, medical aid station, a club, a hall for celebrations, a 4.5 km drinking water network and a sewer were built. 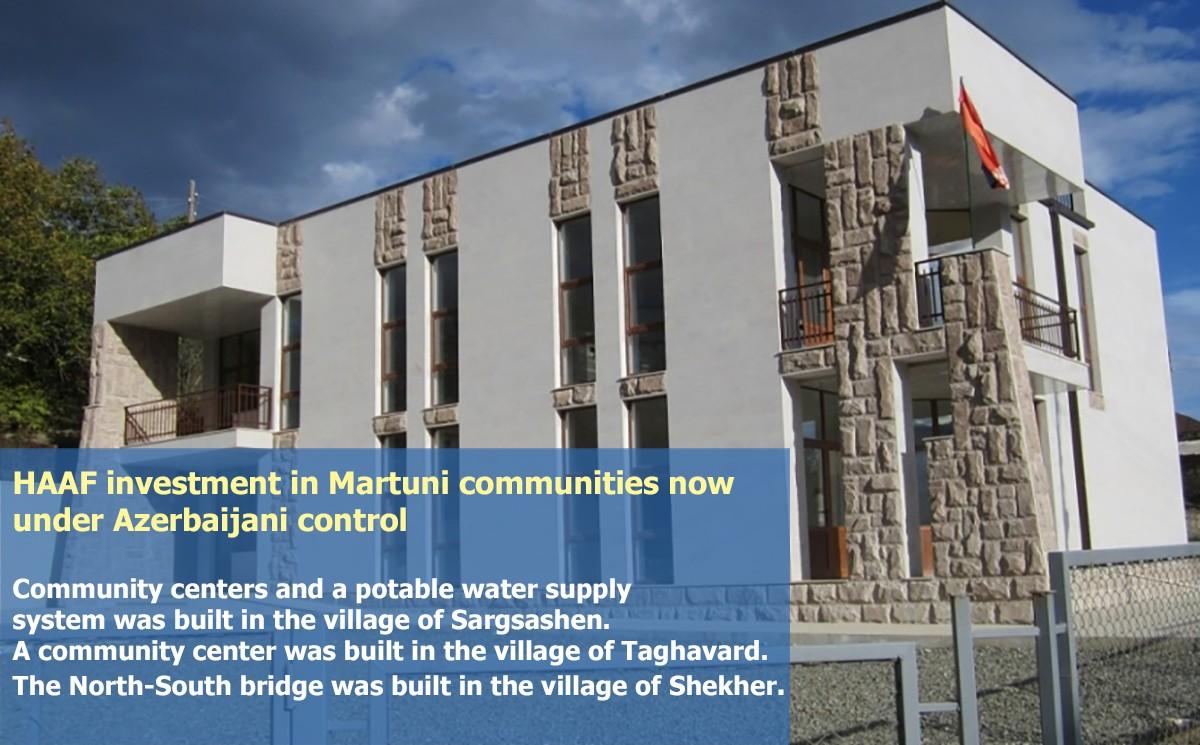 PS: This article does not include the many investments made by private individuals in the transferred areas of Artsakh.

Data analysis and infographics by Karin Manukyan and Katya Mamyan

KEVORK ORFALIAN 2021-01-27 15:31:54
WE WILL TAKE IT BACK, JUST WE MUST TO WAIT, AND STAY UNITED
any 2021-01-25 23:07:47
@Hagop : that's what I thought , when I saw on you-tube videos of Armenian/Artsakh soldiers , volonteers laughing, joking, smoking DURING the war !! It seemed to me like a wild, disordered flock , not well trained, no disciplin , not professionnal ... I cried , knowing the end...sooo many young boys had to let their lives, because of the incompetance of the leaders..
Yvette 2021-01-25 15:58:54
What about the financial subsidies Armenia provided all these years, accounting for some 30-40% of Artsakh's budget? Does the author know the full amount paid?
Bedros 2021-01-25 15:54:32
Armenian invested in the "liberated territories" high on the euphoria of the first Artsakh War victory. They never thought or asked about security guarantees from either Stepanakert ort Yerevan. They cooperated with government officials who lied, cheated and stole from their own people. This wasn't a model for success. Face it: The 30-year Armenian independence experiment has failed. Bring back the Soviet Union! Even the radical nationalists would agree that demographically Armenians were better off before independence. There were more Armenians living in the "homeland" than now...some one million more!!!
Hayorti 2021-01-25 12:34:06
We r good in building up churches and not castles. We need to be a little bit HERADES. We r spart but can only plan for 5 years. We do not thing ahead. We also need to get rid of the old guys in our communities. We need to learn to bring the young guys to lead. We also need to finish all who were corrupt. Who stole the money of the people and all their accomplicies. Only then we will thrive.
Tlkatintsi 2021-01-24 17:30:35
Another Hetq article, which is loaded with numbers and secondary data but did not provide any basic context. It also does not ask a few relevant questions. Why, if the author claims that Artsakh is part of the "liberated homeland", all resettlement projects ultimately failed. Why did these organizations decide to invest in the "liberated territories" and not in Nagorno-Karabakh? It is obvious that Armenia and Artsakh have never taken resettlement seriously. The Armenian people too. The author does not write how much investments the governments of Artsakh and Armenia have made in those territories during the last thirty years. How many Diaspora Armenians have relocated to the "homeland"? How many Armenian citizens have visited Artsakh?
Varoujan DerSimonian 2021-01-24 08:52:59
Խնդրեմ կարող եք հաստատել ուղիղ կապնուելով Խրամորդի բնակիջների հետ, թէ ինչպիսի տնտեսական ներդրում է ունեցել խաղողի տնկարանը իրենց վերակարուցման մէջ | Facebook ի միջոցով Կապնվէք Армен Аркадьевич Хачатрян եւ ինք կը տեղեկացնէ այդ ներդրումերի մասին
Varoujan DerSimonian 2021-01-24 08:45:41
Perhapes you did not have the opportunity to study. In 1998 ATG had established a 200 acres grape nursery that helped to rejuvenate the some 4,000 acres of wine grapes - mainly Khendoghni - and bust the wine industry in the region - at an estimated cost of one million USD. It is located in the village of Kheramort, near the intersection of Kheramort-Aghdam-Martakerd road. This too, is now in the hands of the Azeries. You may read or see pictures at ATGUSA.org
Giuseppe 2021-01-24 01:58:59
Most part of the territory that retourned in the hand of Azerbaijan has been destroyed by Armenia. Where is the investiment ? Unfortunatly now Armenia must pay the damage ?
kevork warian 2021-01-24 01:18:10
take legal action in international court for compencation
Anthony Martin 2021-01-24 00:23:19
I have no sympathy for their financial losses as they were aware from the start that they were investing in stolen land with the intention of cementing the status quo in place. Karma huh!
HAGOP 2021-01-23 23:26:16
WHERE IS INVESTMENT IN MILITARY???????!!!!!!!!!!! WHERE IS INVESTMENT IN GUNS??????DRONES??????TANKS???????WEAPONS???????? ARMENIIEAN PEEOPLE ARE SMART BUT VERY STUPID AT THE SAME TIME!!!!!!!!!!!! SAD!!!!!!!!!
Թլկատինցի 2021-01-23 14:53:15
«Հետքի» մեկ հոդված եւս, որը ծանրաբեռնված է թվերով և երկրորդական տվյալներով, բայց չի տրամադրել որևէ հիմնարար ենթատեքստ: Այն նաև չի տալիս մի քանի համապատասխան հարցեր: Ինչու, եթե հեղինակը պնդում է, որ Արցախը «ազատագրված հայրենիքի» մաս է կազմում, վերաբնակեցման բոլոր նախագծերն ի վերջո ձախողվեցին: Ինչո՞ւ այդ կազմակերպությունները որոշեցին ներդրումներ կատարել «ազատագրված տարածքներում», այլ ոչ թե ԼՂ-ում: Ակնհայտ է, որ Հայաստանը և Արցախը երբեք լուրջ չեն վերաբերվել վերաբնակեցմանը: Հայ ժողովուրդը նույնպես: Հեղինակը չի գրում, թե Արցախի և Հայաստանի կառավարությունները այդ տարածքներում վերջին երեսուն տարիների ընթացքում որքան ներդրումներ են կատարել։ Քանի՞ սփյուռքահայ է վերաբնակվել «հայրենիքում»: Հայաստանի քանի՞ քաղաքացի է այցելել Արցախ: