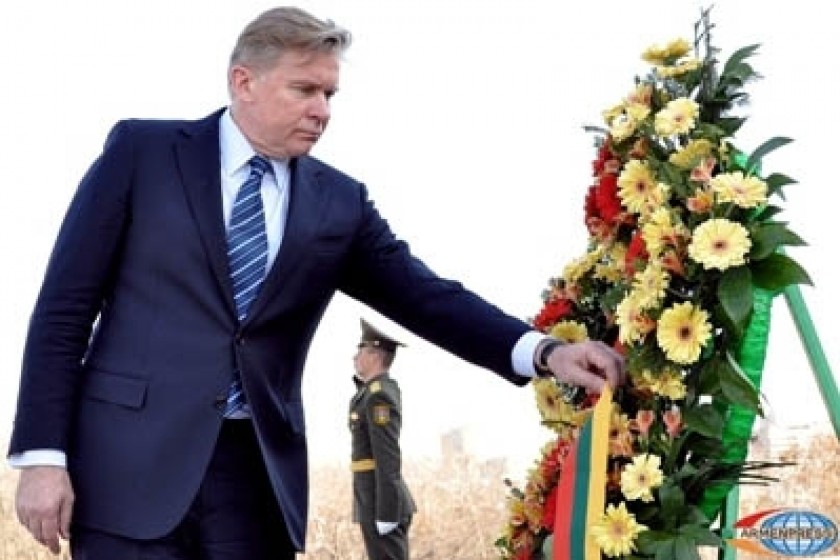 Lithuanian Foreign Minister Audronius Azubalis visited the Tzitzernakaberd Genocide Memorial this morning and laid a wreath at the eternal flame.

Minister Lithunia Audronius Azubalis and his delegation visited Armenian Genocide Museum and took a tour of the museum.

Afterwards Audronius Azubalis left the following note in the Commemoration Book: "Only keeping such memory we can create a world where reoccurrence of such tragedy against Armenians or any other people would be impossible."

On December 15, 2005, the Seym of Lithuania passed a resolution condemning the Armenian Genocide perpetrated by the Ottoman Empire.