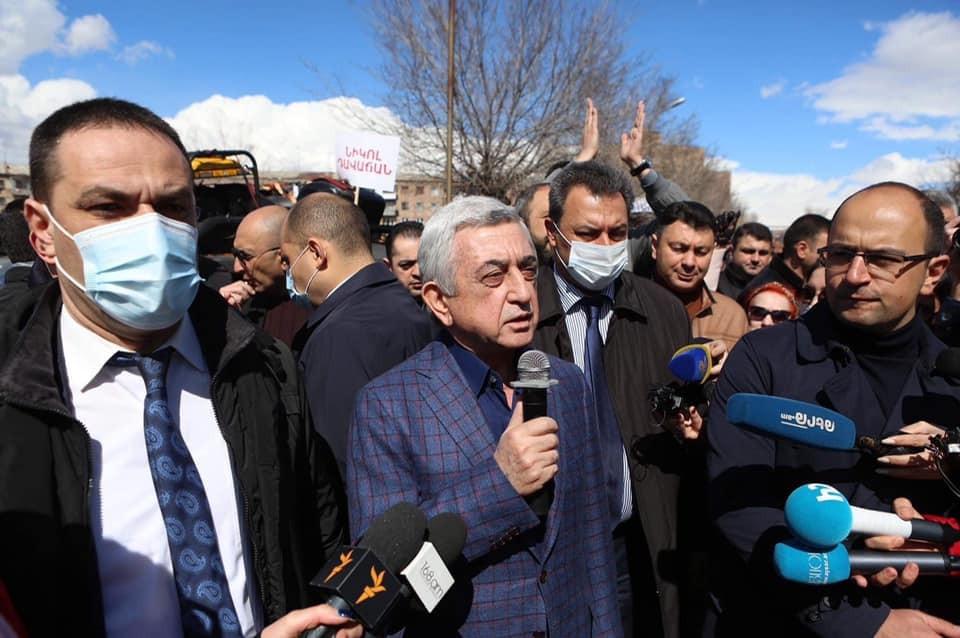 Lawyers for former Armenian President Serzh Sargsyan, charged with masterminding the embezzlement of 489 million drams (just over $1 million) in 2013 from a state-sponsored diesel fuel assistance program, filed a court motion today to have a freeze placed on their client’s property to be lifted.

Sargsyan has been charged under Article 38-179 (3) (1) of the Criminal Code, specifically - embezzling or wasting particularly large sums.

The freeze covers an amount of Sargsyan’s assets equal to the losses incurred by the state.

The charges date to the spring of 2013, when Armenian government approved a State Assistance Program for the purchase of diesel fuel at affordable prices for agricultural activities.