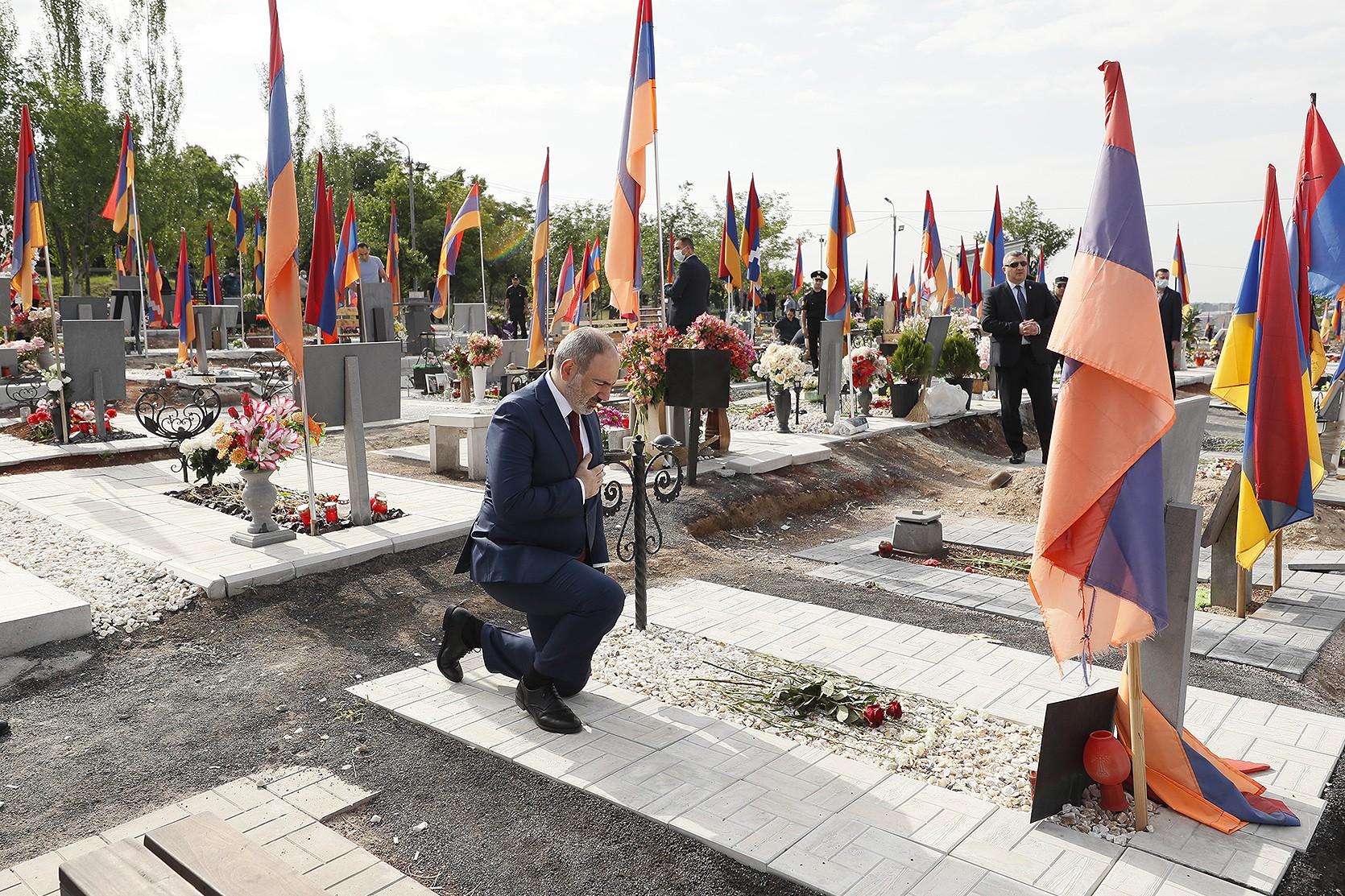 Acting Armenian Prime Minister Nikol Pashinyan today visited Yerevan’s Yerablur Military Pantheon to pay tribute to the memory of those Armenians who sacrificed their lives for the independence of the motherland.

Pashinyan, according to a government statement, laid flowers at the memorials commemorating the heroes of the April 2016 “Four Day War” and last year’s “44 Day War” and all fallen freedom fighters, and at the graves of the graves of Commander Vazgen Sargsyan and Andranig Ozanian.

In Armenia and Artsakh, May 9 is a triple legal holiday marking victory in the Great Patriotic War (WWII), the 1992 liberation of Shushi and the formation of the Artsakh Defense Army.