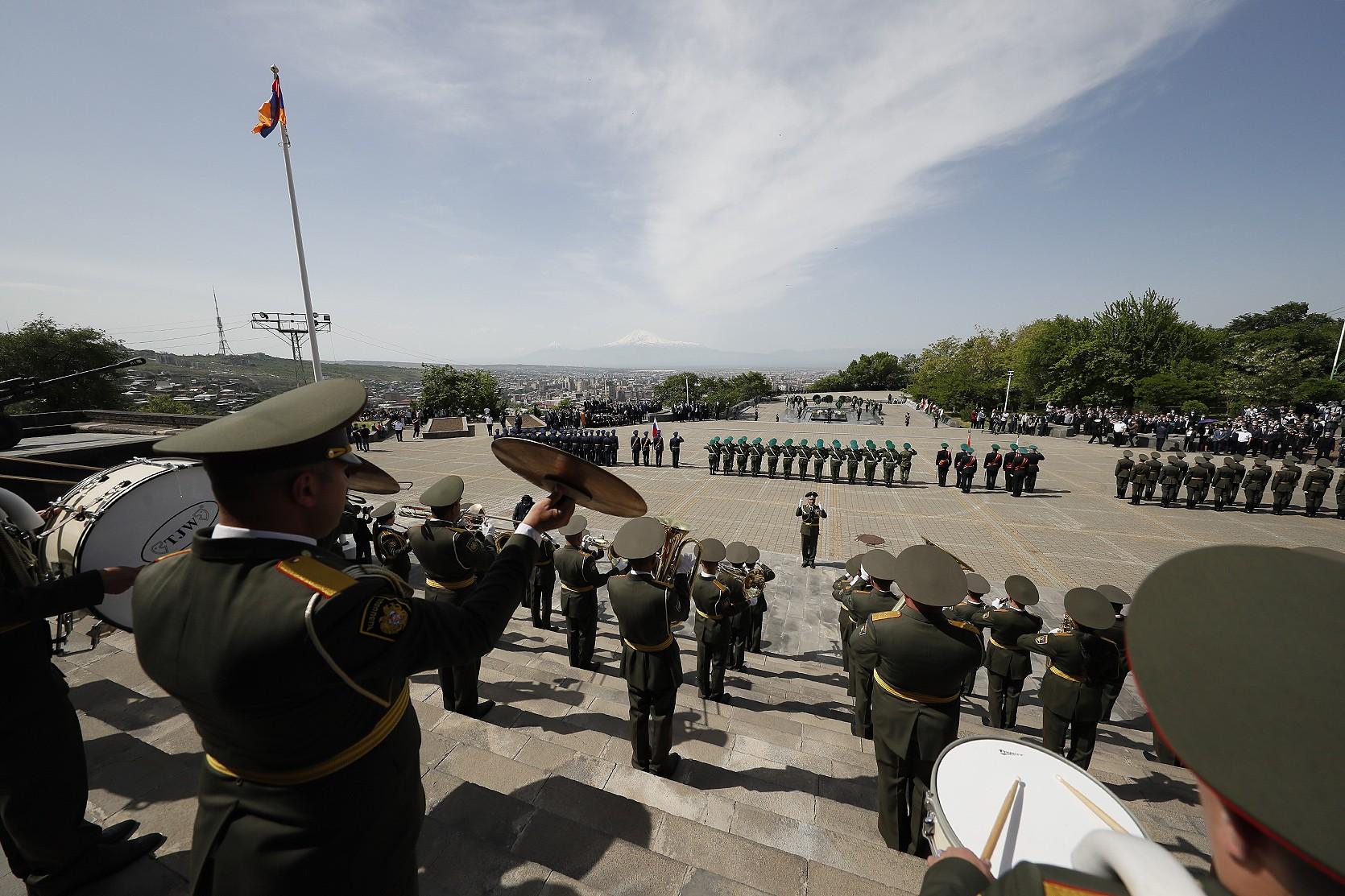 To mark Victory and Peace Day, Acting Armenian Prime Minister Nikol Pashinyan and members of the legislative and executive branches of government laid flowers at the monument to the Unknown Soldier at Yerevan’s Victory Park and paid tribute to the memory of the heroes who died in the Great Patriotic War and the struggle for the liberation of Shushi.

Following a military march, Pashinyan congratulated gathered veterans and freedom fighters on the holiday and wished them good health.

In Armenia and Artsakh, May 9 is a triple legal holiday marking victory in the Great Patriotic War (WWII), the 1992 liberation of Shushi and the formation of the Artsakh Defense Army.