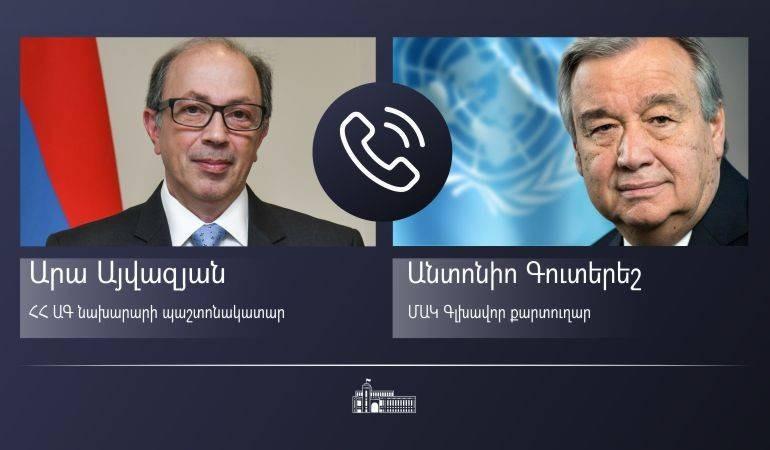 Ayvazyan, according to a statement released by his office, emphasized that Azerbaijan continues to politicize the issue of access to humanitarian aid and undermine the efforts of the international community.

He stressed the urgency of repatriating Armenian POWs and civilians held hostage by Azerbaijan.

The two noted the need to introduce effective international mechanisms to protect and preserve the Armenian historical, cultural and religious heritage in the Nagorno-Karabakh conflict zone.

Ayvazyan said it is unacceptable for Azerbaijan to block the implementation of the international expert mission to endangered cultural sites.

Ayvazyan raised the resumption of the Nagorno-Karabakh peace process within the framework of the OSCE Minsk Group.