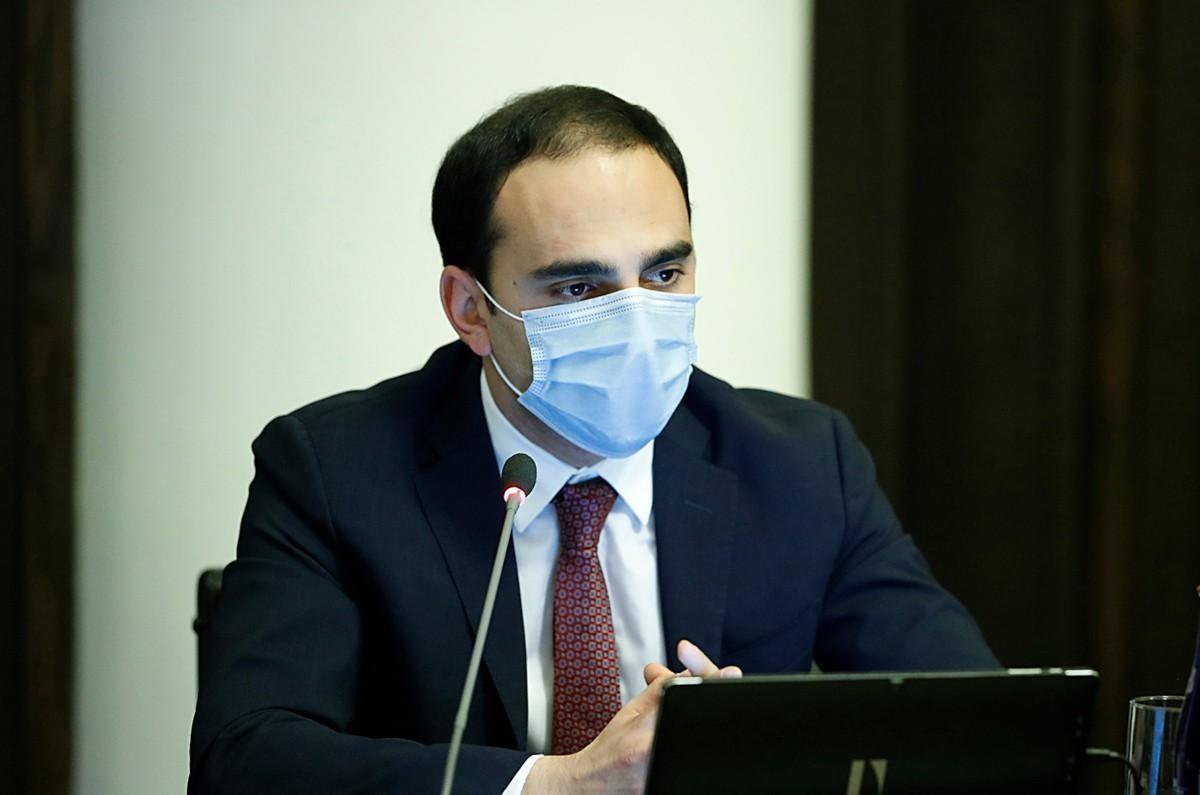 Armenian Deputy PM: "We must be ready to defend our sovereign territory"

Armenian Deputy PM Tigran Avinyan today said that while the government wants to resolve the Syunik border situation peacefully, through negotiations, the country must be ready to defend its sovereign territory.

Avinyan, in a Facebook post, wrote that if negotiations fail, Armenia expects the support of its allies.

Here, Avinyan refers to the Russian-led Collective Security Treaty Organization (CSTO) of which Armenia is a member.

Armenia has asked CSTO to invoke Article 2 of its founding treaty which commits the bloc to discussing a collective response to grave security threats facing its member states.

mihran robert mahmouzian 2021-05-16 01:42:25
you are a bunch of bimbo we will do this i f you dont moove you guy have no balls moove your soldiers not the 18 year old your red beret your special force not to arrest the people but to face the tuks .and then we have to read the turk i nvade armenia during thenigt buy surprise 250 of them with their equiment .the armenia lion must have been asleelp to much ori i presume toasting each .bunch of looser
James 2021-05-15 03:47:57
Stupid. Coward. First, get rid of Pashinian and his clowns, before Armenia lose more lands.