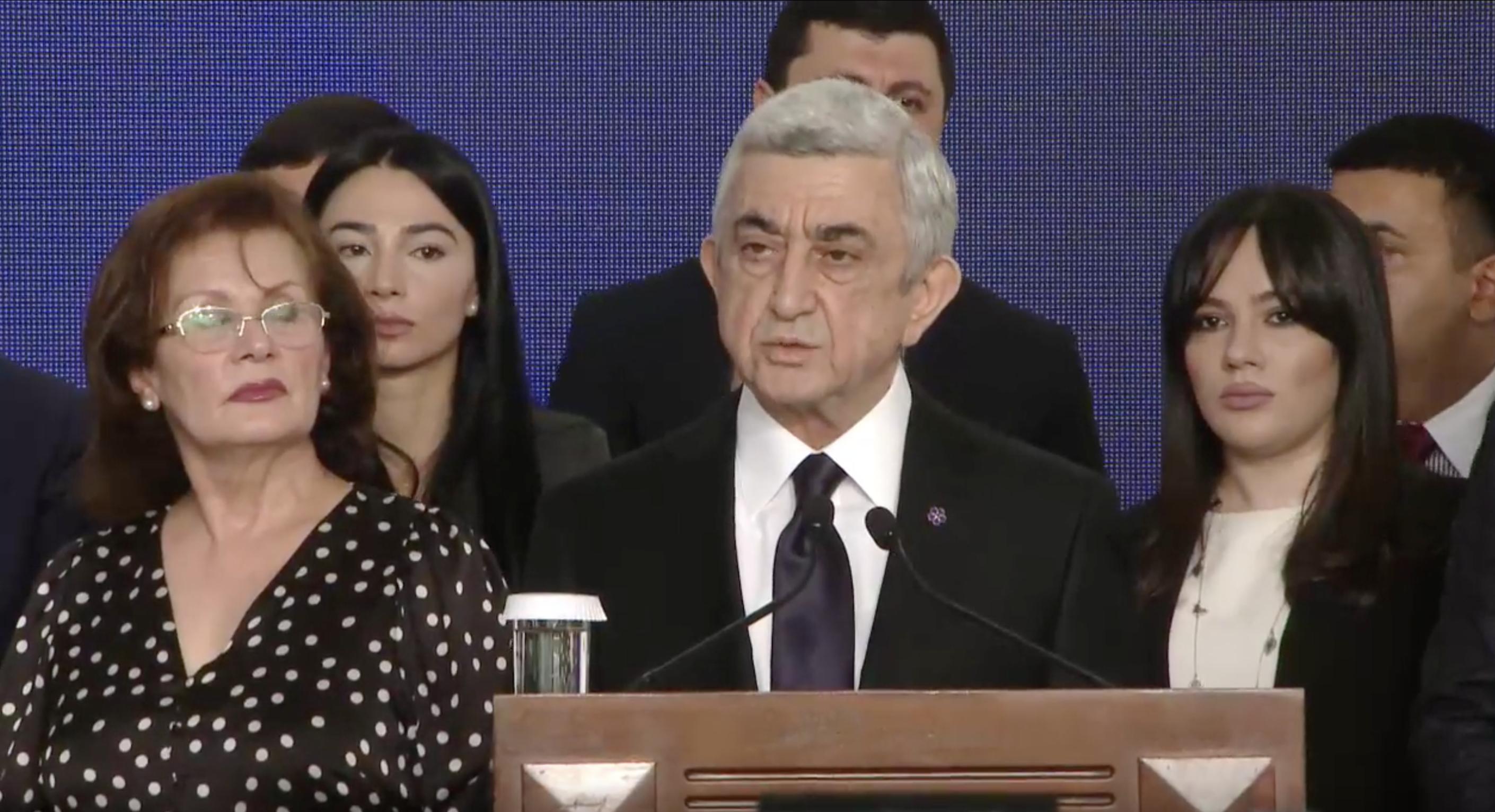 Saying that Armenia is going through the most difficult, crucial period of its recent history, former Armenian President Serzh Sargsyan’s Republican Party and Artur Vanetsyan’s Homeland Party today announced the formation of the Pativ Unem (I Have Honor) alliance that will field candidates in next month’s early parliamentary election.

“We are convinced that the capitulating authorities are not able to solve the problems of our country, our people, for the simple reason that they are the main problem,” the statement reads.

The Homeland Party is led by Artur Vanetsyan, who served as the country’s National Security Service (2018-2019).

In November of 2020, following the war in Artsakh, Artur Vanetsyan was detained and later released on charges of plotting to assassinate Armenian PM Nikol Pashinyan, illegal weapons procurement and usurping state power.