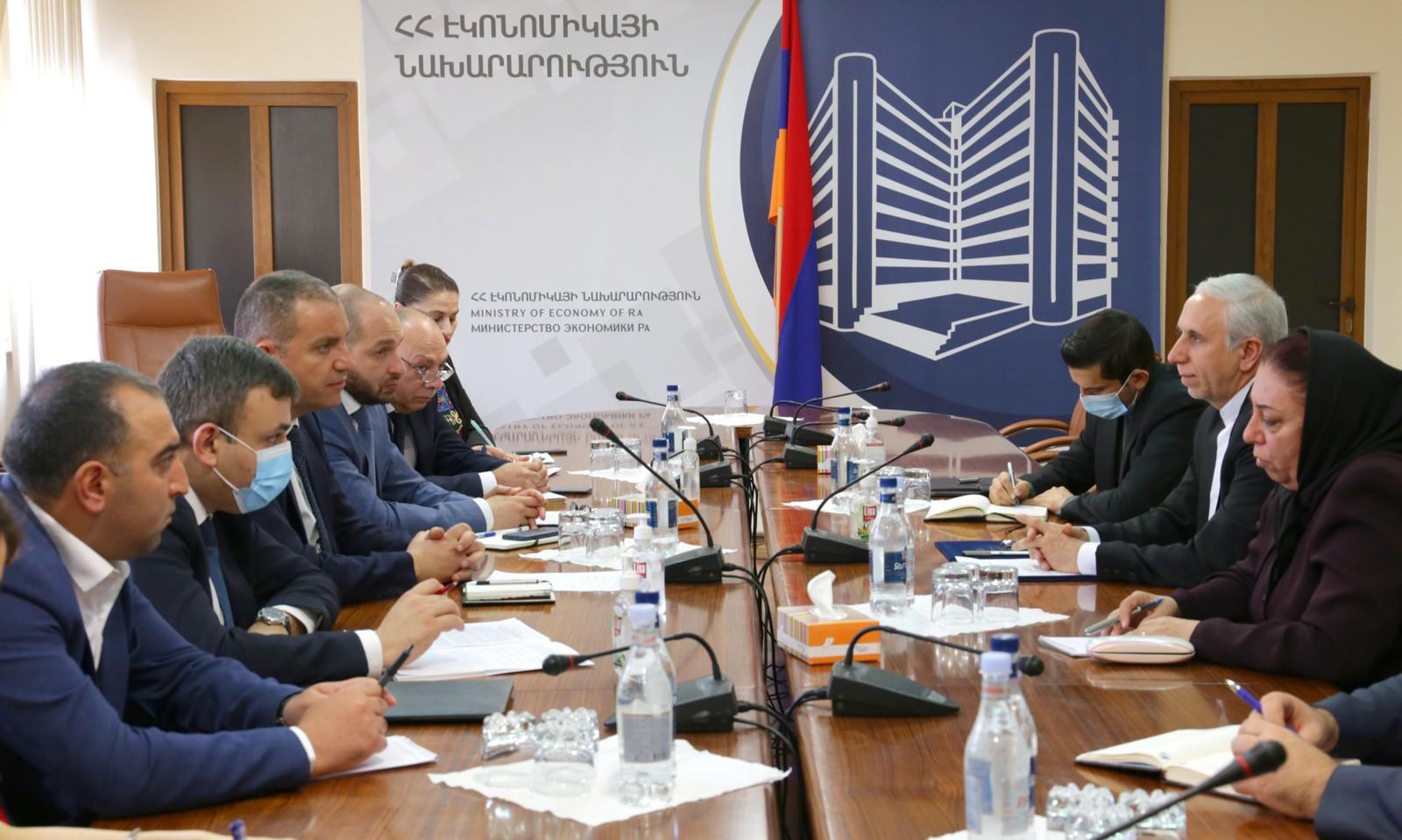 Kerobyan, according to a statement released by his office, noted that several agreements were reached with the delegations visiting Armenia on expanding economic cooperation.

Kerobyan reported that a working visit of the representatives of several Armenian pharmaceutical companies to Iran is planned soon to discuss greater cooperation.

The minister stressed the need for direct flights from Yerevan to Isfahan, noting that the launch of a direct flight will contribute to the development of relations between the two nations.

The ambassador proposed forming a joint working group with Iran agencies and the Armenian Tourism Committee, which will work out joint tourism packages to attract tourists from Europe.

Zohouri said that Iranian construction companies are interested in participating in the construction and rehabilitation programs of the Sisian-Kajaran section of the North-South Roadway in Armenia.

During the meeting, Kerobyan stressed the importance of the "Persian Gulf-Sea" international transport corridor project and expressed his desire to facilitate the project’s implementation.