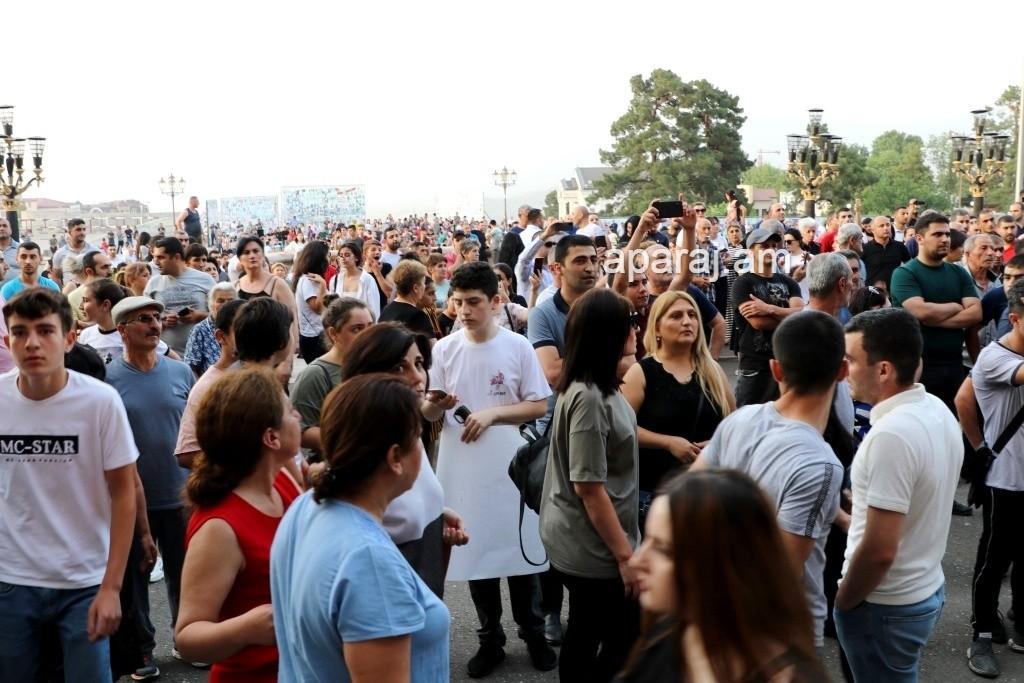 Artsakh MP Metakseh Hakobyan, in a Facebook post today, says a rally calling for the resignation of Artsakh President Arayik Harutyunyan will take place this evening in Stepanakert.

Hakobyan, a member of the Artarutyun (Justice) faction, says the rally was not organized by any political force but a “just outburst of the society”.

Harutyunyan has scheduled his own rally earlier in the evening today during which he will address a number of issues, including calls for his resignation.

Hakobyan says his faction and other opposition MPs met with Harutyunyan earlier today, suggesting he postpone his rally or broadcast his speech via TV.