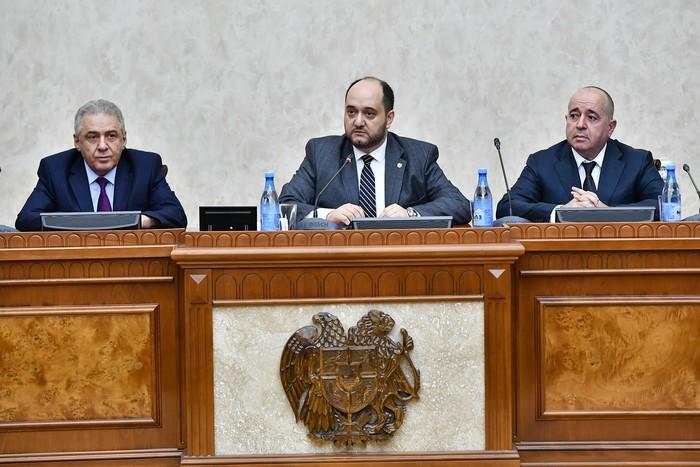 Harutyunyan thanked the former Acting Defense Minister Vagharshak Harutyunyan, who resigned the other day, for the work he did as minister.

"Mr. Harutyunyan assumed the post of Minister of Defense during a very difficult period for Armenia. We must state that during that time we had several crises, but becausof Mr. Harutyunyan, we were able to overcome them,” Harutyunyan said, this according to a statement released by the Defense Ministry.

Karapetyan noted the reforms underway within the army, stressing that they must be completed to have a strong military and secure border.

“The reform process will be fast-tracked,” Karapetyan said.