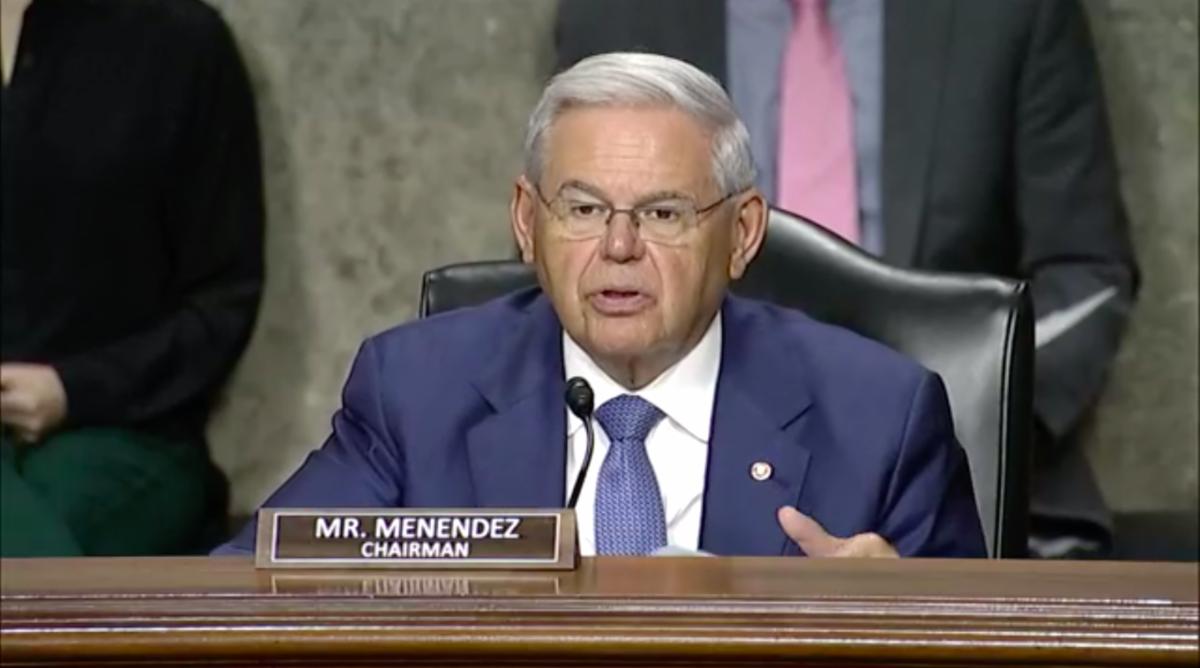 The Armenian Assembly of America released the following statement today.

Washington, D.C. - Senator Bob Menendez (D-NJ), Chairman of the Senate Foreign Relations Committee, referred to the Artsakh war and Turkey's counterproductive role in the South Caucasus region during a full committee hearing today on U.S. Policy on Turkey with Victoria Nuland, Under Secretary of State for Political Affairs, reported the Armenian Assembly of America (Assembly).

In his opening remarks, Chairman Menendez cited the "pattern of Turkish aggression that has become the norm."

He stated: "Last summer, Erdogan provided military support to Azerbaijani strikes against ethnic Armenians in Nagorno-Karabakh. He also facilitated the passage of militants from Syria to fight on the side of Azerbaijan. Yet these actions solicited no penalty from the Trump Administration. No concrete reaction from the international community. No sanction. This is unacceptable."

Chairman Menendez said he "expects more" from the Biden Administration and looks forward to "understanding how the State Department views Turkey's role in last year's war and what measures can be taken in response."

During an exchange with Under Secretary Nuland, Chairman Menendez asked her if she is familiar with Turkey "facilitating the transfer of fighters from Syria to Azerbaijan during the 2020 war in Nagorno-Karabakh."

Under Secretary Nuland responded by requesting to "discuss that last point in a separate session" and "in another setting."

Chairman Menendez pressed on that he would be "looking forward to hearing from the Department" and whether there was an investigation of the "Turkish drones used by Azerbaijan in the war last summer that included U.S. produced parts, which I find totally unacceptable." I

n Under Secretary Nuland's written testimony, she referred to Nagorno-Karabakh and how "we also press Turkey to avoid entanglements in regional conflicts that threaten long-term stability. The role played by third parties, including Turkey, in last year's fighting in the Nagorno-Karabakh conflict exacerbated regional tensions. We have pressed Turkey to urge Baku to release all detainees immediately, to support the ceasefire between Armenia and Azerbaijan, and to help the sides work towards a sustainable, long-term political solution to the conflict."

"We commend Chairman Menendez and Senator Van Hollen for highlighting these critically important issues and what steps the U.S. can take given Turkey's hostile actions against the Armenian people," stated Assembly Congressional Relations Director Mariam Khaloyan.

Tony Martin 2021-07-23 14:25:06
Senator Menendez is clearly a great admirer of Armenia which does bring into question his judgement if not his intelligence. He needs to wake up and realize that his first duty is to the USA and to promote USA interests and not those of Armenia. Surely any intelligent politician must realize that USA interests are best served by building a close and productive relationship with Azerbaijan which is a rising power in a strategic location that could be very useful to USA interests. In contrast Armenia is a declining defeated and near bankrupt state very much in the pocket of Russia.