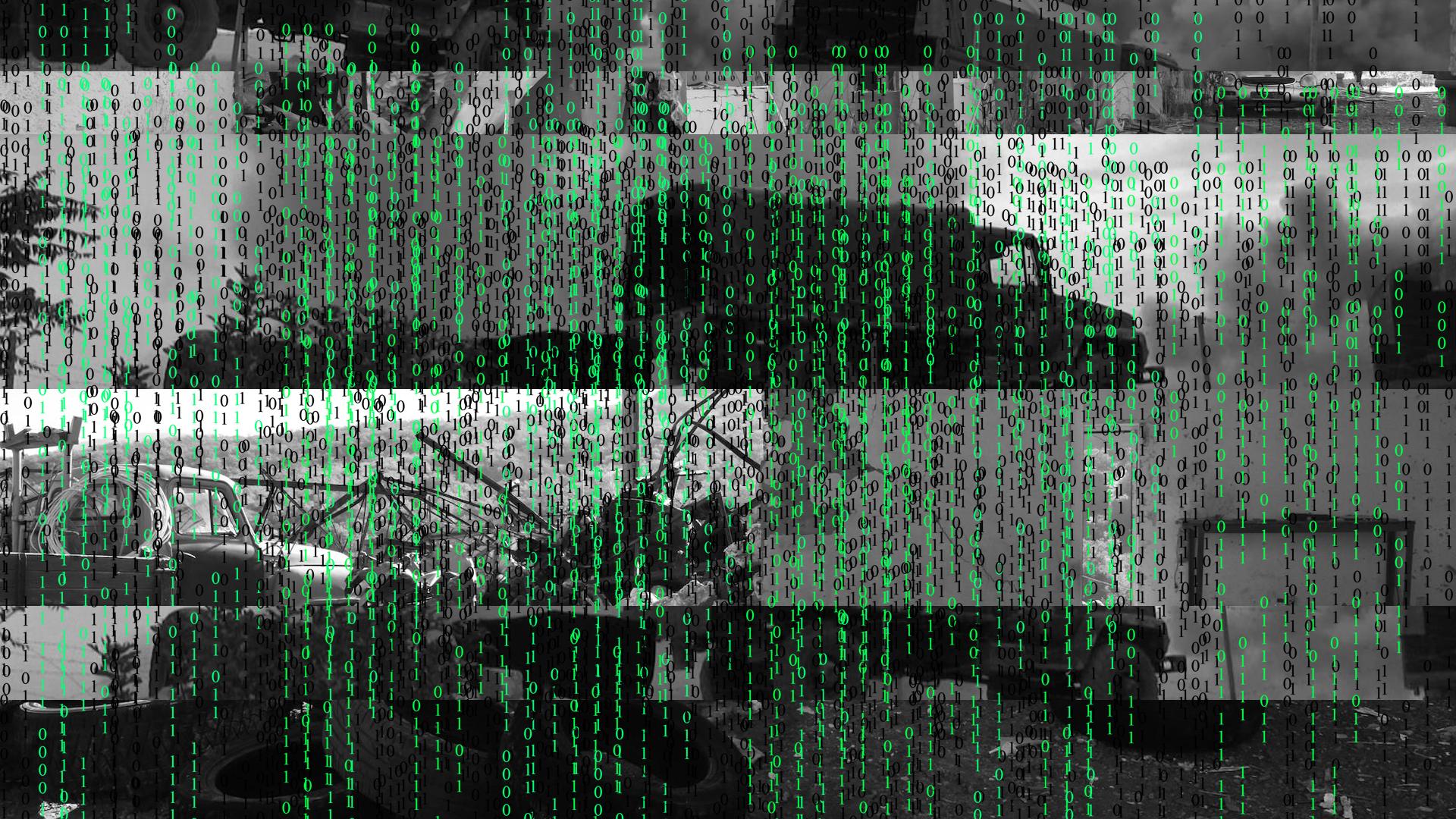 We know this to be the case because the Azerbaijani hackers published the telephone numbers of Karabakh Telecom customers on November 9, 2020, the day of the ceasefire.

During the early days of the war, the hackers managed to disrupt the operating systems of Karabakh Telecom and to delete all the company’s backup data.

It’s no wonder that Artsakh President Arayik Harutyunyan transferred management of the company to the government on October 2, 2020.

Hetq contacted the governments of Armenia and Artsakh, requesting information about the damage done communication operators by Azerbaijani hackers and to see if any telephone calls of Armenian top government and military officials had wiretapped.

The Artsakh Prosecutor General’s Office (PGO) replied that there were no reports from Karabakh state bodies about illegal activity resulting in internet and telephone disruptions during the war or of cases of Karabakh Telecom being hacked and controlled by the Azerbaijanis.

The PGO added that it is investigating any cases of wiretapping by Azerbaijani hackers.

The Prosecutor General's Office of Armenia told Hetq that various war-related criminal cases are being investigated by Armenian law enforcement agencies, but that the circumstances mentioned in our inquiry are not the subject of any criminal investigation due to the lack of such data.

"According to information received, the normal operation of the operating systems of Karabakh Telecom servers was disrupted due to hacker attacks and the backup copies of the mentioned servers were deleted. As a result, the company stopped providing communication services. Evidence of wiretapping information has not been received.” 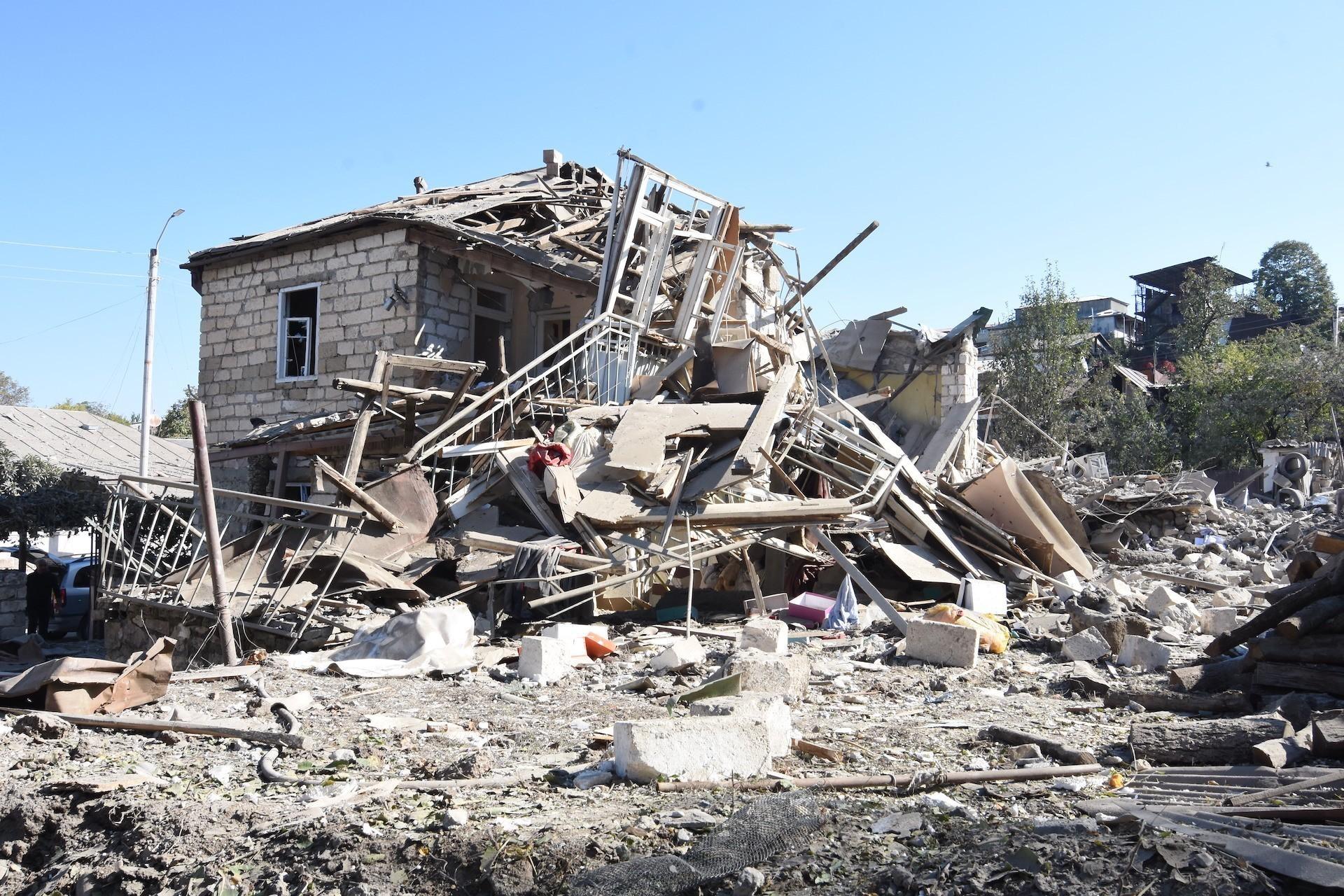 Papyan said it is important to have back-up copies of information to restore hacked systems.

“The attack, in fact, was so serious, that they were able to reach the back-ups, not allowing the systems to be restored. This is very bad, because if something is broken and you have restored it without a backup, and if, for example, there is a software spy in it, you will not be able to be completely sure that everything is clean,” Papyan said.

According to the IT specialist, backup copies are usually made in such a way that they are automated and isolated, so that they are as difficult to access as possible, and if the system is deleted, you can bring it back.

In this case, the NSS admits that the Azerbaijani hackers managed to obtain backup copies, which, according to Artur Papyan, reveals the strength and scope of of the attack. He emphasizes that the information provided by the NSS proves that the Azerbaijanis had the opportunity to freely link to the Armenian network and extract personal data.

"We have had a deplorable situation during the whole of last year. There are vital infrastructures, whose protection has been in a terrible state, both in Armenia and in Artsakh. What was possible was broken. Against that background, there were specialists from our Armenian side, hacker groups, who did a lot of work, but compared to the Azerbaijani side, what our hackers did is nothing," said Papyan. 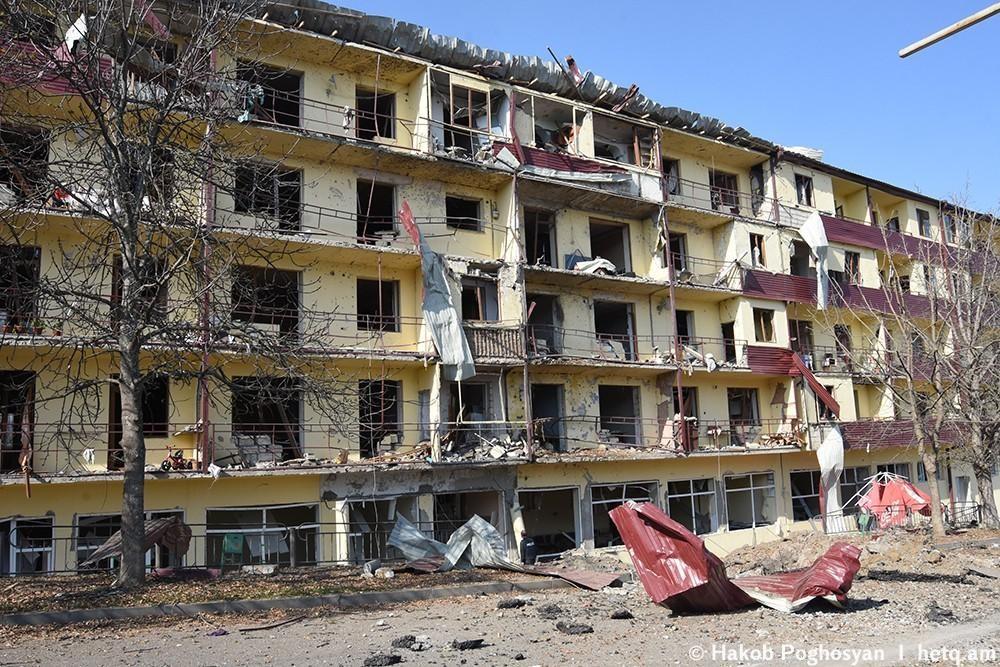 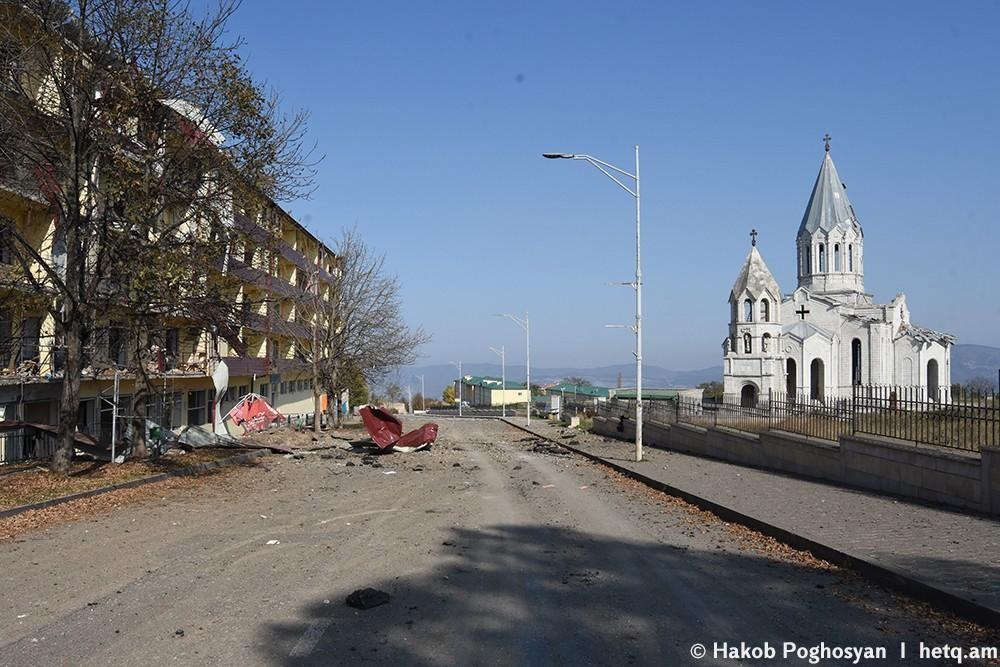 Hetq also contacted Karabakh Telecom General Director Mkhitar Mirzoyan for comment. For security reasons, he did not want to comment on the Azerbaijani hacker and the deletion of the company’s backups of the servers. He only said that the company invited NSS specialists to study the issue.

Mirzoyan said that two months after the end of the war, Karabakh Telecom had installed ten new towers in Artsakh communities that were deprived of mobile communication, and that by January 2021, mobile communication was restored throughout the country.

He said it was more difficult to restore the fixed telephone cables, which took five months, especially in the Martuni and Martakert regions and the capital Stepanakert.

Mirzoyan said that the company has increased the 3G internet bandwidth, allowing for faster internet speeds.

tbd 2021-08-09 21:40:50
Look at the big picture. Armenian khoujans all around the world have to learn and apply everyday what i call STRATEGIC CULTURE, which is a patriotic mindset and lifestyle to be practiced always with a sense of urgency. They have faced existential threats, but they have no concept "you prepare for war during peace", nor of self-sufficiency, nor personal or national pride, nor pro-active planning, . Never had it. And the khoujan mindset in Armenia/Artsakh is frozen in 18th. century, have no concept of sense of urgency, are detached from reality and how the world is run and what forces run it. They only think one way: how to plunder national resources and beg others to fight their wars, but are lions fighting each other. Look at the british agent, traitor president sarkissian going on vacation... the traitor fat-ass really needs it, he just won the Sept. 2020 war, he deserves a second vacation after last week's Tokyo vacation... NO he's going to england to get his brownie for executing his "master's voice" for surrendering Armenia, and to get his new orders how to surrender the rest in agreement with new tavajan pashinyan... he's going to england because a new calamity is about to happen, and he will claim ignorance and will say I was not there, was not consulted, didn't know about it.....a small chickenshit patch of land of less than one million slave creatures, why do they need a president, and prime minister. In the middle of the SECOND GENOCIDE in 2020 I read with anger that a general of Armenia was marrying his son or daughter in Yerevan, with many other hasd vizov, medz porov generals, and pussily smiling rif-raf government bureaucrats, and it was such a posh wedding with pigs and sheep slaughtered, centerpieces my height, limos, yes IN THE MIDDLE OF THE SECOND GENOCIDE OF ARMENIANS. No language has enough words to express my contempt.
Levon 2021-08-08 16:48:45
Where was Armenia' much praised IT sector??? Even official Armenian websites were down when the war began. Evidently, no one in Armenia was prepared for such an attack. This just reveals a total lack of long-term planning in all security sectors. What a joke!
DID30A6 2021-08-07 19:52:55
Խնդիրը կայանում է նրանում,որ ինչքանել հանճարեղ հաքերներ լինեին բեքափներին հասնելը և բեքափները ջնջելը պետքա անհնար լինի մի պարզ պատճառով,որ բեքափը պետք է տեղադրվի մի առանձին համակարգում՝օրինակ Ֆլեշկա կամ հարդ դիսկ։Ու դրանք դրվեին մի "դարակում" և անհրաժեշտության դեպքում հանվեին։Այս ամենը խոսում է կատարյալ փնթիության և շատ վատ ձևով վիրտուալ սերվեր ստեղծելու մասին։Ամենավատը այն է որ Ծակ մասնագետները միշտ իրենց լավ են գնահատել և ասել՝որ ամեն ինչ կարգին է ու ծաղրի և անուշադրության մատնել անհատ մասնագետների անկեղծ և բարի կարծիքները։Նորմալ է,որ կոտրեցին չէ որ ամեն ինչ մեկ վիրտուալ մեքենայի մեջ էր,իսկ հակերները կոտրելով վիտուալ մեքենան միանգամից access ստացան։Իսկ կոտրողները հանճարներ չեն եղել՝ավելին իրանց համարելա զարմանալի եղել,թե ոնց այդքան առաջ գնացին։Անգամ սովորական SIEM համակարգ ներդրված չի եղել։Չեմ ուզում մանրանալ և տեխնիկապես բացատրել թե ինչքան փնթի է հայերի տտ ինֆրաստրուկտուրաները։
tbd 2021-08-07 19:06:03
Any way you look at it, you/we are despicable, deplorable, criminal, lowest of the low, sub-animal creatures not worthy to be called even human beings let alone a people, a nation. in khoujanisdan Armenia/Artsakh AND outside of it. The whole history of khoujanisdan Armenia has been like this, traitors and willing slaves, charlatans, pussies. In the whole of khoujanisdan Armenia there isn't a single creature, not even one, worthy of any leadership responsibility and experience. low life dip shits. The whole world has abandoned us and has made a daily mockery of us, and still the latest tavajan pashinyan advocating/embracing the turkish/russian/jewish plan of "opening /unblocking of the transportation/communication routes" importance. Hey stupids, what product do you make to export to benefit from this opening? ZERO. You can't even make your own vardig/underwear. There is only less than a million creatures in that patch of land. First stay blocked and develop your own land and industry for your own internal consumption, be at least self sufficient in producing the very basic needs of a society, like your own vardig/underwear and eggs. Teach your children and yourselves patriotism, before english. For our salvation, every single so-called Armenian creature in the whole world shall learn, and memorize, and recite EVERY DAY Armenian titan poet Barouyr Sevag's " Marte Api Mech/The Man in His Palm" to know the real permanent enemy of all Armenians, since the imposition of our mother of all enemies "jewish christianity” who said (writes Barouyr Sevag in that warning poem) “ I am a humble man like you and BECAME our god". Stop building wineries, and casinos. Surrendering transportation routes to russia/turkey will only make you more dependent on imports. I said this and I repeat it everyday. You still haven't learned anything after this Second Genocide of September 2020. In at most 50 years, that small patch of land khoujanisdan Armenia will be divided by russia, iran and turkey, and WE will be extinct like the assyirians, like the copts and others. This is my daily TORTURE. Whatsoever you sow, that you shall also reap!