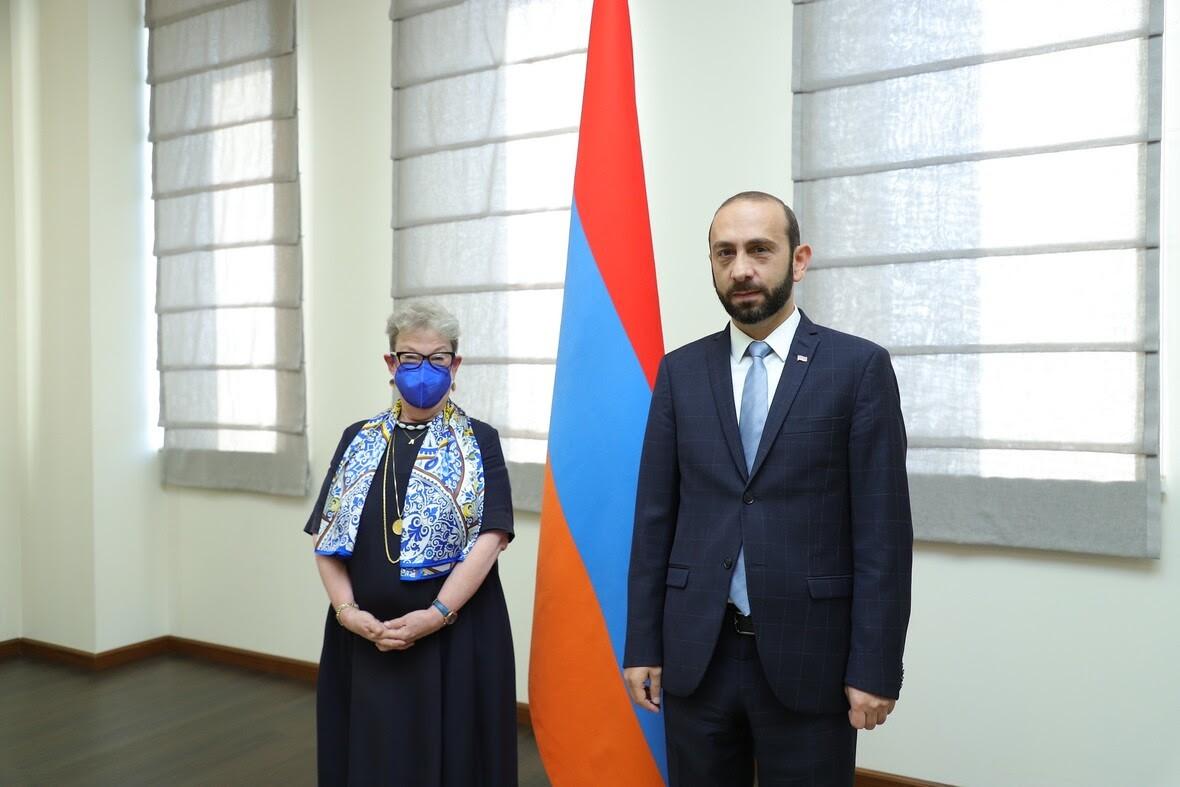 Mirzoyan, according to a statement released by his office, raised the issue of Azerbaijan’s provocative actions against sovereign Armenian territory, describing them as a serious threat to regional security and development.

Mirzoyan underlined the need to resume the Karabakh peace process within the framework of the OSCE Minsk Group and called for the unconditional release of all Armenian POWs and civilians held by Azerbaijan.