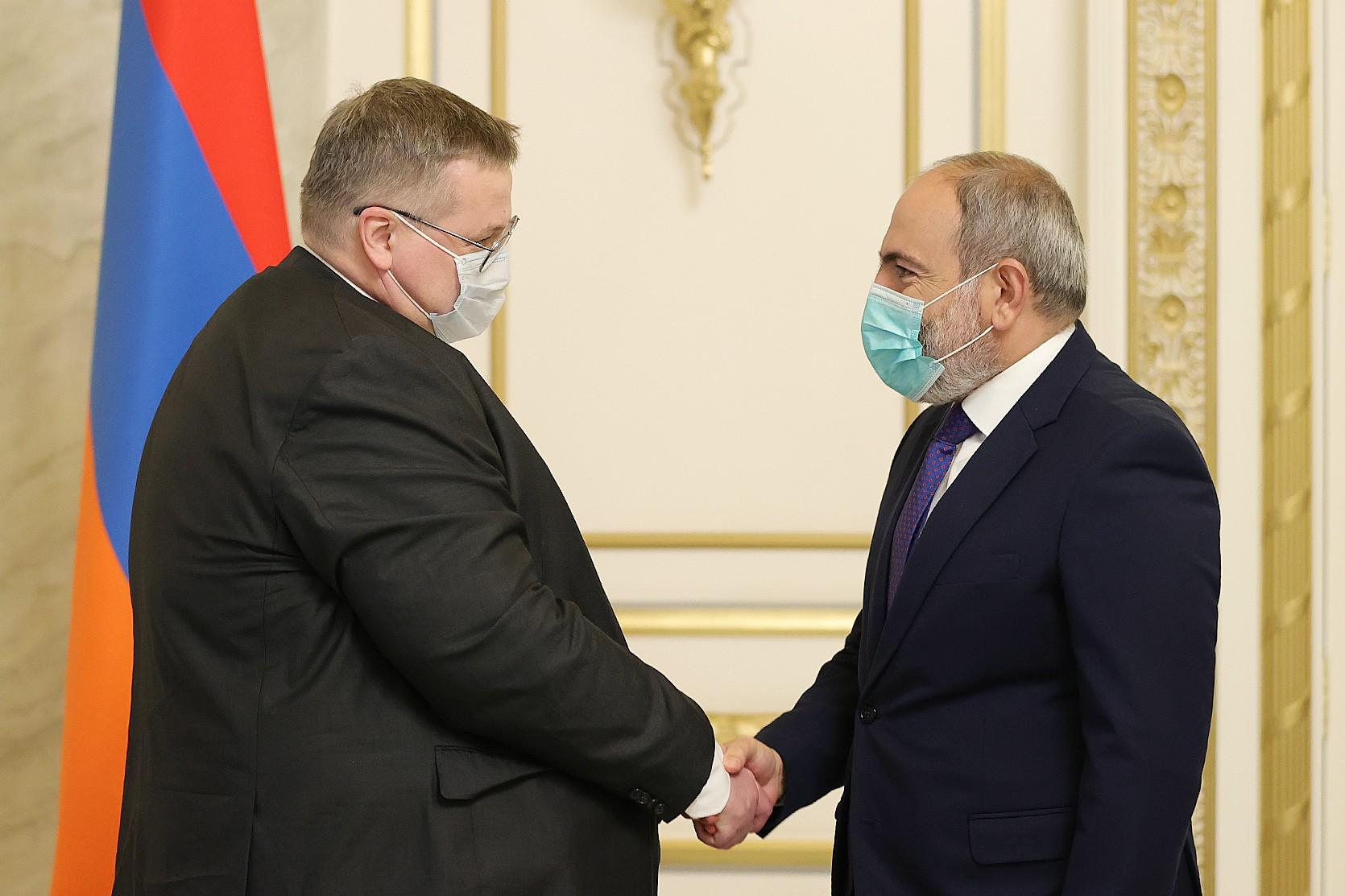 During a meeting today in Yerevan with Deputy Russian Prime Minister Alexei Overchuk, Armenian PM Nikol Pashinyan said his government wants to end the 25-year blockade of Armenia and that the reopening of regional transportation arteries is a priority.

Overchuk is in Armenia to attend a Armenian-Russian business forum that aims to attract new Russian investment in Armenia.

Pashinyan, according to a statement released by his office, said his government wants to see more Russian businessmen of Armenian origin investing in Armenia to spur the country’s recovery following last year’s war.

“It is very important for us to finally get a railway connection with Russia, which will open new opportunities for the development of our economy and our integration into the Eurasian Economic Union,” Pashinyan is quoted as saying.

Overchuk told Pashinyan that he and members of his business delegation had discussed infrastructure, transport, energy, environment and innovation investment matters with their Armenian counterparts.