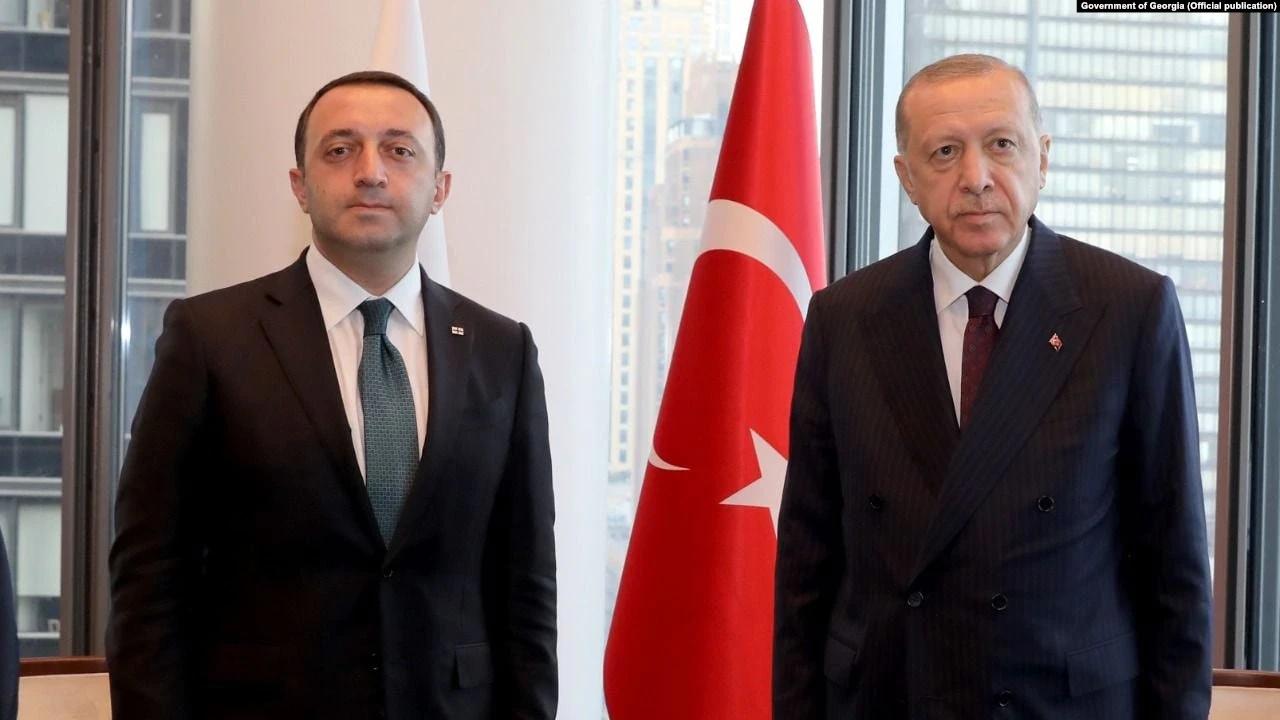 Georgian Prime Minister Irakli Garibashvili and Turkish President Recep Tayyip Erdoğan met today in New York on the sidelines of the 76th session of the UN General Assembly to discuss the situation in the South Caucasus.

The meeting was reported by the Georgian government’s press service.

"Georgian Prime Minister Irakli Garibashvili met with Turkish President Recep Tayyip Erdoğan within the framework of the UN General Assembly to discuss developments in the region. Irakli Garibashvili stated that Georgia recognizes the importance for peace and stability in the region, and that the country is ready to carry out its peacekeeping mission for the long-term peace and stability in the Caucasus region," the Georgian government press statement reads.