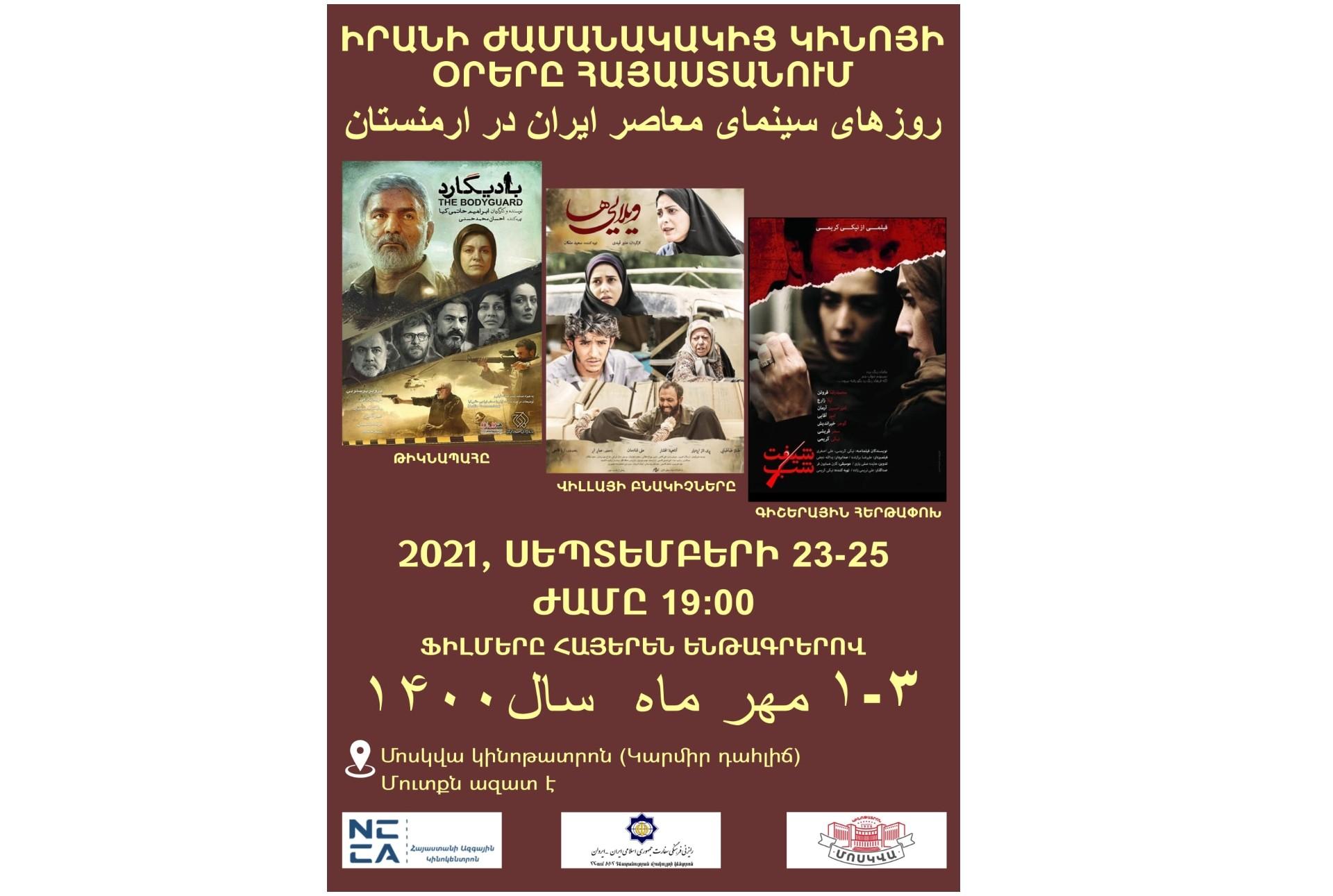 Three Iranian films will be shown in Yerevan’s Moscow Cinema starting today to mark the 30th anniversary of diplomatic relations between Iran and Armenia.

Admission is free to the public and the films will be subtitled in Armenian.