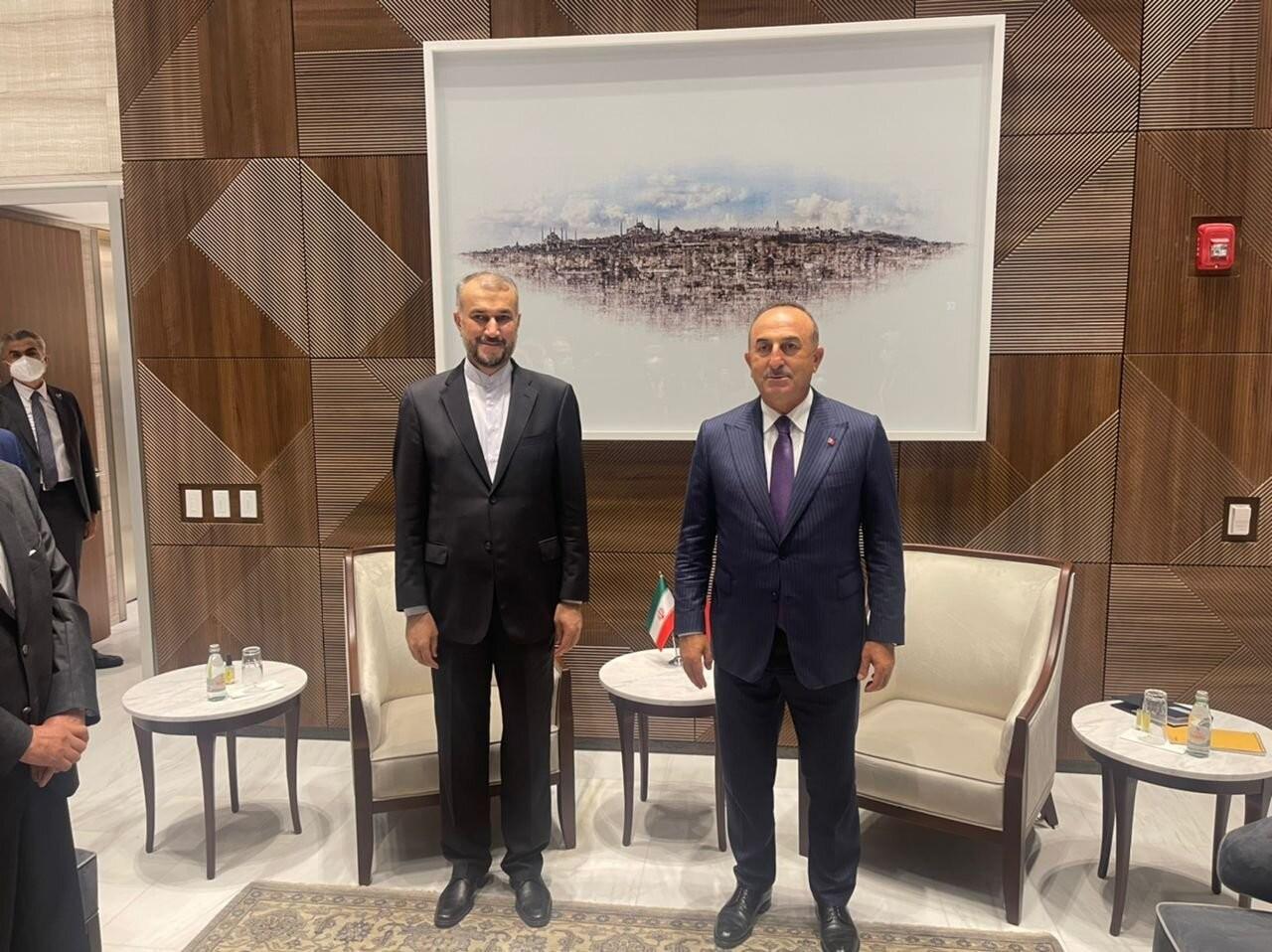 The foreign ministers of Iran and Turkey met yesterday in New York on the margins of the 76th session of the UN General Assembly and decided to hold a trilateral meeting in Tehran along with their Azerbaijani counterpart.

During the meeting, the Iranian Foreign Minister conveyed a letter from Iranian President Ebrahim Raisi to Turkish President Recep Tayyip Erdoğan, in which he invited his Turkish counterpart to visit Iran.

Iranian President is said to have proposed the trilateral meeting.