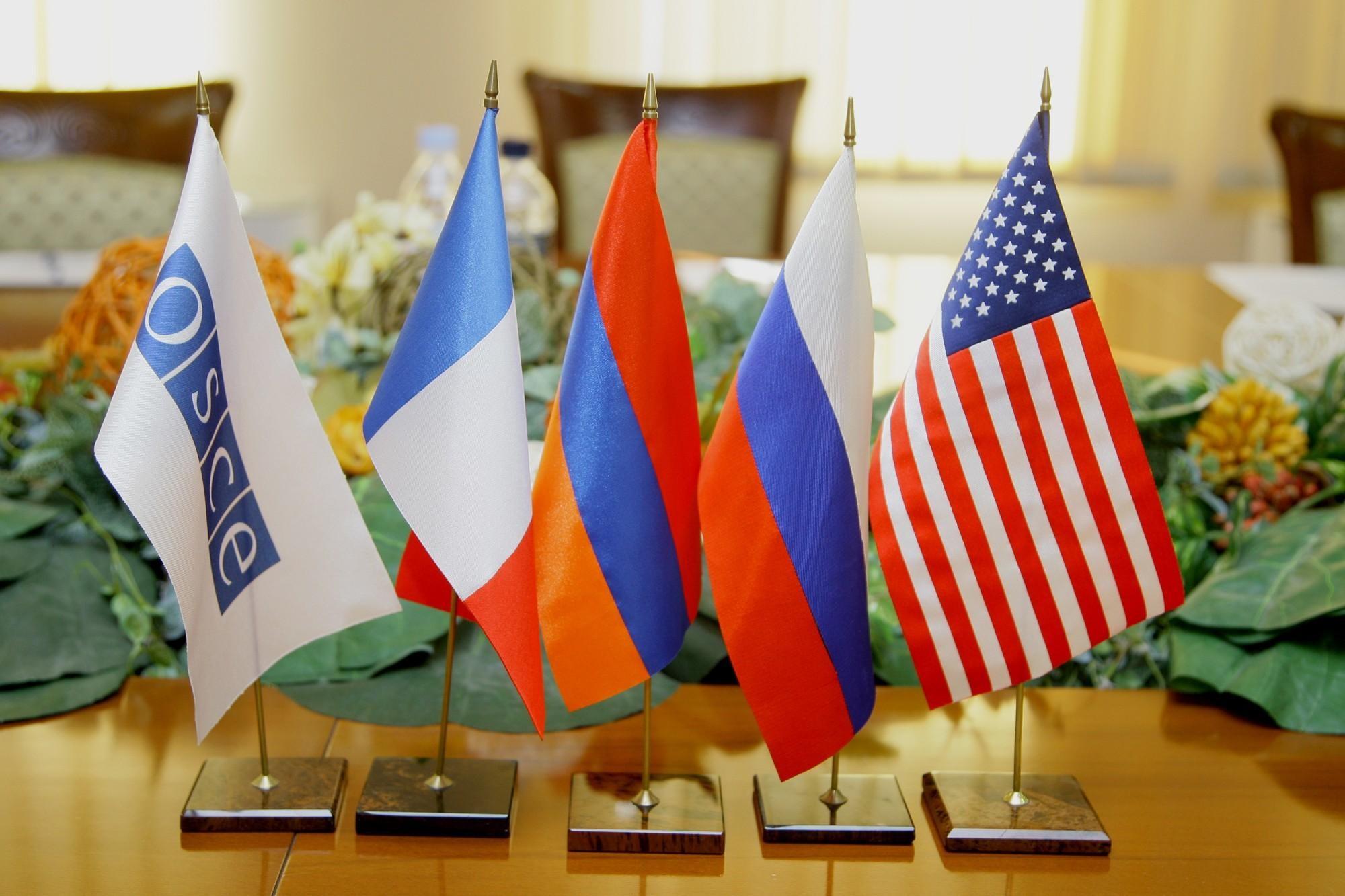 The following is an OSCE press release

NEW YORK, 24 September 2021 – The Co-Chairs of the OSCE Minsk Group (Stephane Visconti of France, Andrew Schofer of the United States of America, and Igor Khovaev of the Russian Federation) made the following statement:

On the sidelines of the General Debate of the 76th session of the UN General Assembly, the Minsk Group Co-Chairs met separately in New York with Azerbaijani Foreign Minister Jeyhun Bayramov and Armenian Foreign Minister Ararat Mirzoyan. The Co-Chairs also hosted both Foreign Ministers at a joint meeting. The Personal Representative of the OSCE Chairperson-in-Office (PRCiO) Andrzej Kasprzyk participated in the meetings.

The Co-Chairs and Foreign Ministers discussed a wide range of outstanding unresolved issues between Armenia and Azerbaijan. The Co-Chairs proposed specific focused measures to deescalate the situation and possible next steps. The Co-Chairs stressed their continuing strong support for the full range of indispensable activities and operations undertaken by the PRCiO and his team.

On 24 September the Co-Chairs and PRCiO met with UN Under Secretary General for Political and Peacebuilding Affairs Rosemary DiCarlo and OSCE Chairperson in Office Foreign Minister Ann Linde to brief them on their efforts over the past year, including the most recent developments in the process.

The Co-Chairs welcome this first meeting of the two ministers of foreign affairs since November 2020 as a sign of the resolve of the two countries to reengage in the peace process through direct dialogue aimed at contributing to security, stability, and prosperity in the region.  The Co-Chairs reaffirm their commitment to continue working with the sides to find comprehensive solutions to all remaining issues related to or resulting from the Nagorno-Karabakh conflict in accordance with their mandate.

Tony Martin 2021-09-27 11:27:25
One has to wonder why they bother meeting with the Minsk group at all. If they could not achieve anything for 30 years what do they think they can do today? "Ärtsakh" is no more and no sort of special status will be accepted for KARABAKH now so the only thing to be negotiated is the process of the Karabakh residents citizens or selling up and leaving.