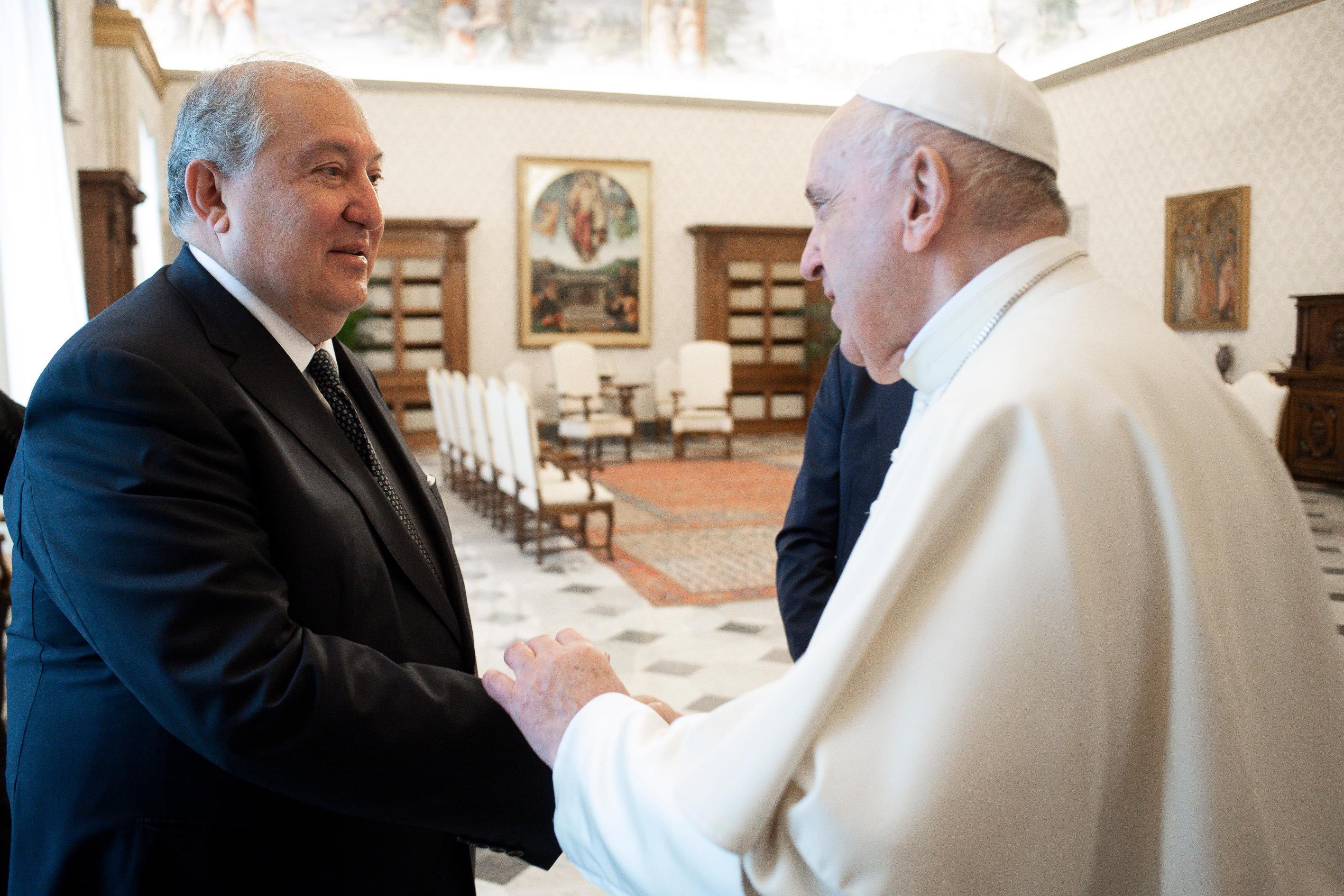 Armenian President Armen Sarkissian began his official visit to the Holy See in Rome today with a private meeting with Pope Francis.

Sarkissian, according to a statement released by his office thanked Pope Francis for the constructive dialog between the Holy See and Armenia and for calling for peace during the 2020 Karabakh war and the release of Armenian POWs.

“The Armenian president noted that the Artsakh issue is a human rights issue, a demand of the Armenian people to live, create and exercise their inalienable right to self-determination in their ancient Christian cradle," the statement reads.

Sarkissian then met with Cardinal Pietro Parolin, Secretary of State of the Holy See, and reaffirmed Armenia's interest and commitment to deepening relations with the Holy See, noting that these relations have always been marked by high political dialogue, based not only on Christian values, but also on a common historical heritage and similar approaches to the challenges of the modern world.