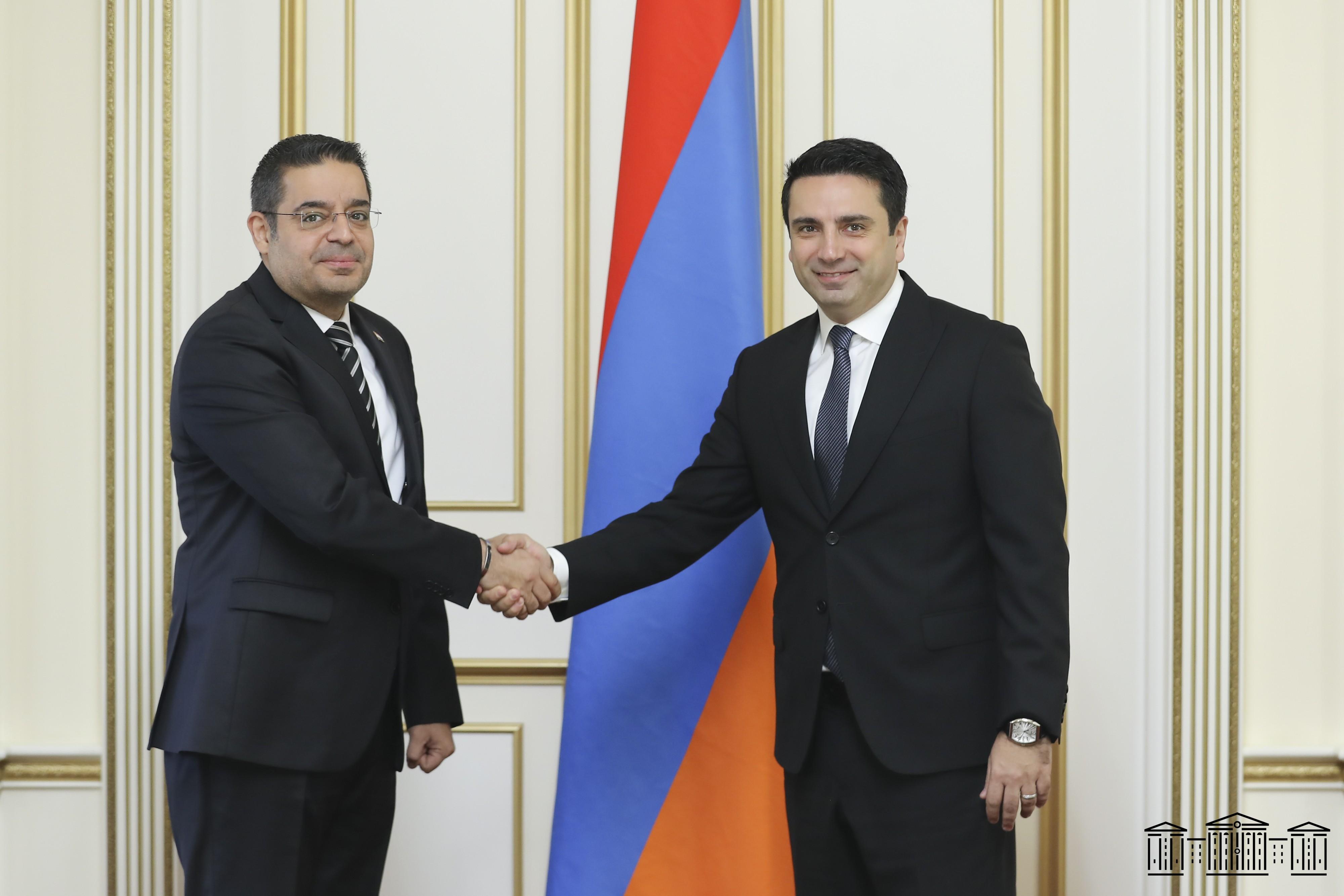 Simonyan, according to a statement released by his office, said he was confident that the Armenia-Syria Parliamentary Friendship Group, to be formed soon, will jumpstart the deepening of relations.

On the eve of the 30th anniversary of the establishment of diplomatic relations between the two countries, the need to intensify mutual visits was highlighted.

The ambassador stated that Syrian Armenians are an integral part of Syrian society and play a major role in the country's social and political life.

Simonyan emphasized that Syrian-Armenians brought a new and beautiful culture to Armenia and Artsakh.

The two touched upon Turkey's destabilizing role in the region. In this regard, the ambassador said the involvement of mercenaries and terrorists in the 44-day war inadmissible and unacceptable.