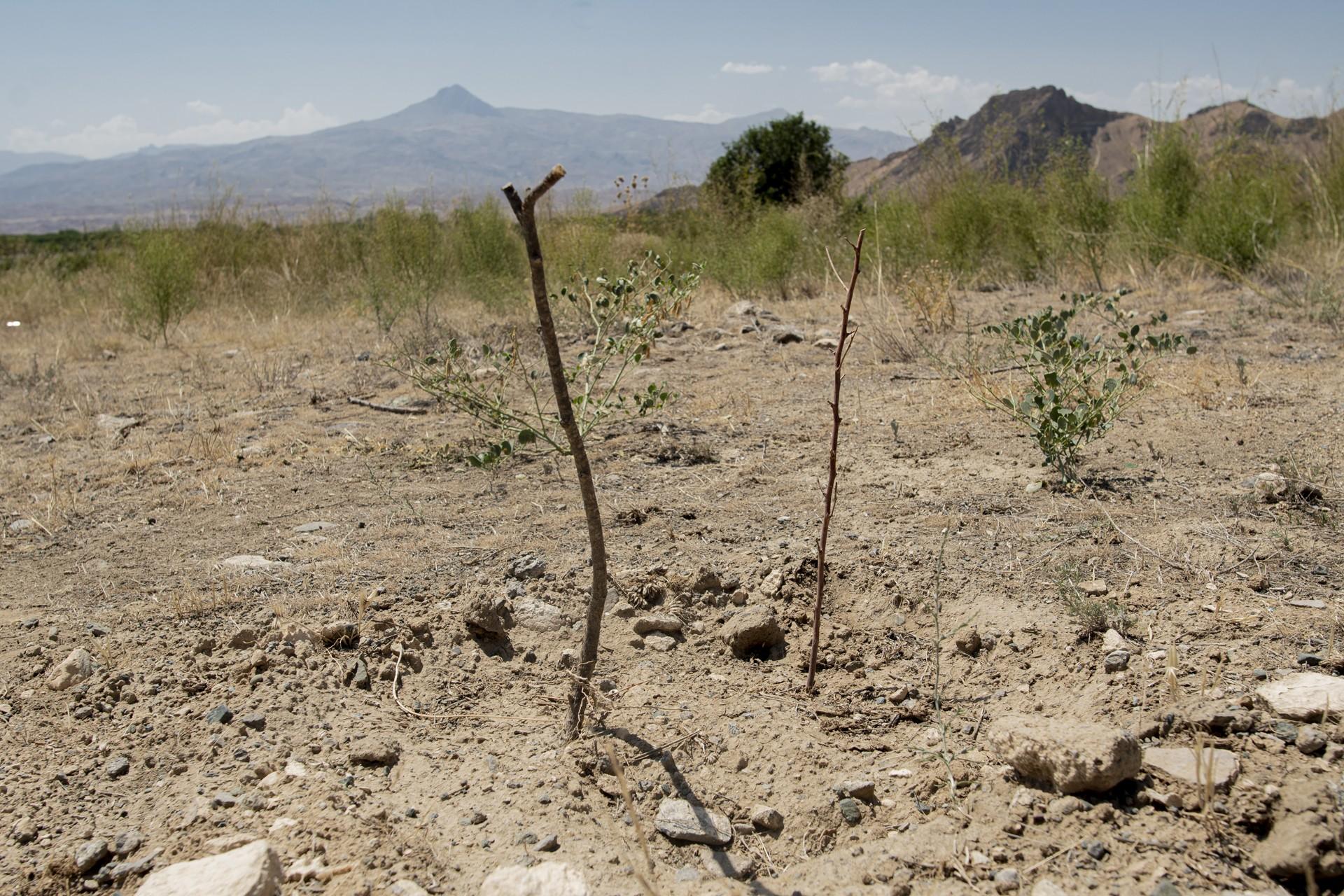 Armenian PM Nikol Pashinyan’s plan to plant ten million saplings in the country has hit several roadblocks along the way.

Pashinyan, in his opening speech at the 2019 Global Innovation Forum, said the government wanted to plant ten million trees by October 10, 2020. The ten million number was chosen to symbolize the unity of ten million Armenians worldwide around the reality of Armenian statehood.

Given the spread of the coronavirus and the declared state of emergency, the project was extended until the end of this year.

23,500 saplings were planted last spring in Armenia’s Armavir Province. 90% of them have already withered and died.

Some of the saplings were planted in parched areas, without adequate watering.   Other saplings were already dying when supplied. The attitude of the local authorities leads us to believe that the entire project was more “show” than a concerted efforted to create mini-green spaces.

Aram Hovhannisyan, Secretary General of the Armavir Provincial Administration, told Hetq that no follow up was conducted to monitor the plight of the panted saplings.

A new round of planting throughout the country was announced on April 25, 2021.

Yervandashat is a community close to the Turkish border. It received 200 saplings.

Armavir Governor Hambardzum Matosyan rolled up his sleeves and planted some of the saplings for a photo shoot. It didn’t matter if they were planted along the stony edges of a local road with no irrigation network. 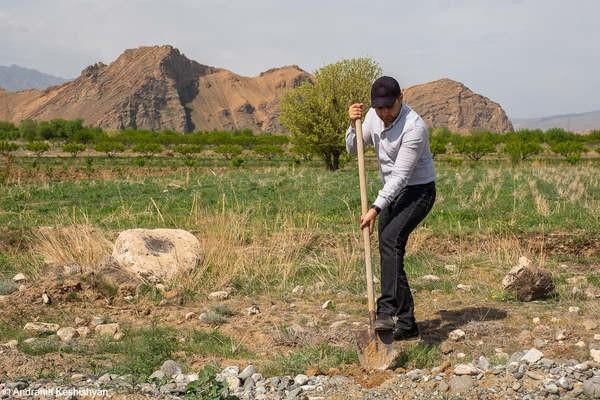 
Yervandashat Mayor Hovnan Avetisyan assured Hetq that most of the planted saplings were now flourishing. He said that while the area isn’t irrigated, workers used buckets to water them several times.

Avetisyan agreed to meet us at the site, but he skipped town and never showed up.

We counted the trees planted on the spot, which had turned into dry branches stuck in the ground. There were 150 saplings on both sides of the access road to the community, none of which were green.

The Talvorik community was provided with 200 saplings, but none were planted. They were dead on arrival.

Talvorik Mayor Kirakos Saghatelyan showed us the area in front of the school where holes had been dug to plant the seedlings. Rubber pipes had been installed to irrigate the spot. The holes remained empty.

The mayor then showed up the dried saplings.

"I did not discard them. Well, you came and saw them.”

Some believe the saplings withered due to the lack of water this year, but they have dried up in the communities where there was no shortage of irrigation water.

The Miasnikyan community was provided with 1,000 saplings. The municipality told Hetq that ten have taken root and survived.

Most were planted in the school’s yard, which lacks irrigation. Deputy Mayor Gevorg Grigoryan told Hetq that they used buckets to water the saplings. Evidently, that never worked.  We counted ten surviving saplings.

The community of Yeraskhahun received 1,300 saplings. community of the region. Mayor Armen Avetisyan told Hetq that 95% have dried up.

“Even before the planting, it was clear that the roots had dried up," he said.

Hetq also visited communities whose mayors assured us that 90% of the saplings planted had survived.

Aknalich Mayor Gevorg Misakyan was one making such a claim. When we visited the planting site, only four of the 100 saplings planted had sprouted leaves.

Thirty saplings went to the Haykavan community. Mayor Ruben Ghazaryan assured us that all the saplings had survived. The picture was different when we visited the community.

Entering the village, we spotted Mayor Ghazaryan on the right side of the road, in a bushy area, trying to find the saplings

"I have not been here, but the school children have planted the trees. We will find them here," Ghazaryan said. After ten minutes of searching, we gave up and left.

We encountered the same picture in other Armavia communities that planted saplings.

Despite this sorry situation, HayAntar (Armenian Forest), the state agency that provided the saplings, says the results are “encouraging”.

“We did not pay attention to the communities. The municipalities are obliged to do that. We have provided the seedlings free of charge so that they can plant greenery in their areas. It is in their interest to have a green community,” he said.

When we informed Tsugunyan of our findings, that most of the saplings HayAntar to Armavir communities have dried up, he skirted the issue.

Tsugunyan said his agency does not have separate tree species that can be allocated according to regional climatic conditions. All tree species are endemic, he said, adding that their main function is not to create green community areas.

"We cannot engage with the communities. "If there is a government program to give us additional funding, maybe we will deal with it," Tsugunyan said.

Video and photos by Narek Aleksanyan

mihran robert mahmouzian 2021-11-09 20:09:18
THEY KNOW IT ALL THEY ARE THE EXPERT THAT IS. WHENTHEY ARE DRUNK IT JUST GO TO THERE BRAIN...SORY SORY HAISTAN HAISTAN
Arax kassouny 2021-10-24 18:11:43
I dont know why people assume planting a tree is a easy way out for a campaign or group work. Nikol Pashinyan started this movement and now they are receiving 90% failure in the Armavir region. Planting a huge amount of trees needs help and constant care and he did not gather that. It is a shame that now all the Armavir residents gave to clean the mess that is made, even though specialist have warned beforehand that land is dry in there!
mihran robert mahmouzian 2021-10-20 18:45:16
they are lazy and no good for nothing .yyou see give them more money and it will be better .the money will disapear and the trees will die and is the same with everything. haitan .haistan..and the president should think before he talk.sory armenian in glorios armenia know they know
Caren 2021-10-20 11:54:15
Drought is a problem and the number of regions going dry is increasing. At this stage there is still a chance to use the current soil and climate conditions to prepare Armenia for soil stabilization and creating a barrier against expansion of deserts.The tree planting ceremonies are better used for fertile and suitable areas while the central and southern plateau is best used to grow salt resisting and drought resistant shrubs. These shrubs not only provide food for the cattle, but also create a stable soil which is bio fertilised thereby increasing the produce.You just need to read about Australia's success in this matter.