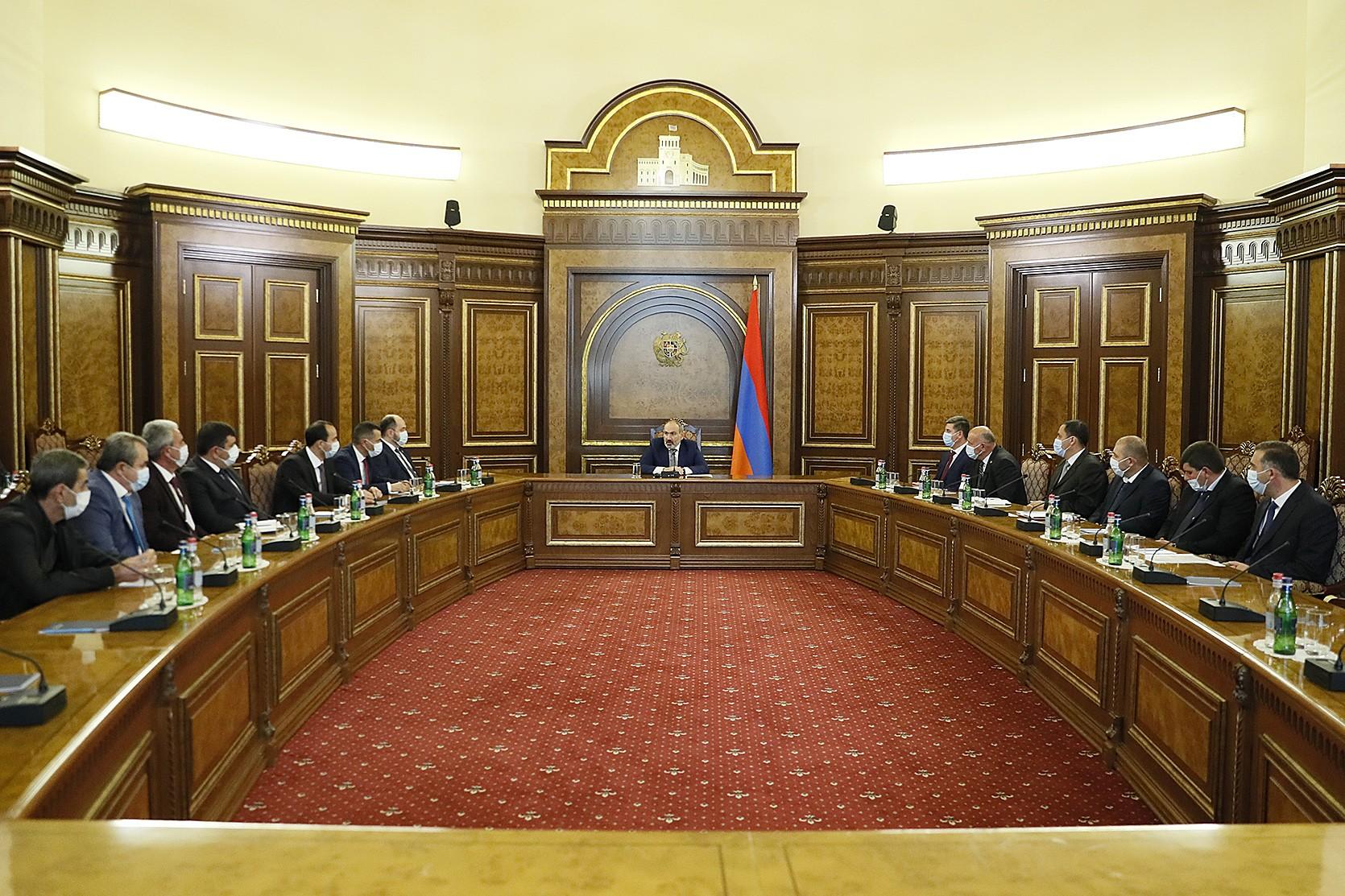 Armenian PM Nikol Pashinyan today, in Yerevan, meet with officials from several Syunik communities and stressed that residents of the southern province should rely on government information regarding what is taking place in their backyard.

While a government press release on the meeting does not mention the situation along the Armenian-Azerbaijani border, Azerbaijani military incursions into Armenia remain a prime concern of Syunik residents.

Azerbaijan has deployed customs checkpoints along sections of the Kapan-Goris roadway in Armenia. Baku claims that these sections are part of its territory.

"It is necessary to provide complete information about what is happening, why it is happening, what and what not to expect. You know, unfortunately, correct information is not always circulated in the information field. We must all be able to clearly assess the realities, to distinguish between false and true information,” Pashinyan is quoted as telling the local officials.

The meeting focused on cooperation between the national government and local   bodies, the progress of government programs in Syunik communities, including the improvement and development of infrastructure.

Pashinyan also touched upon the prospects of reopening of regional economic and transport routes and the demarcation and delimitation of borders.