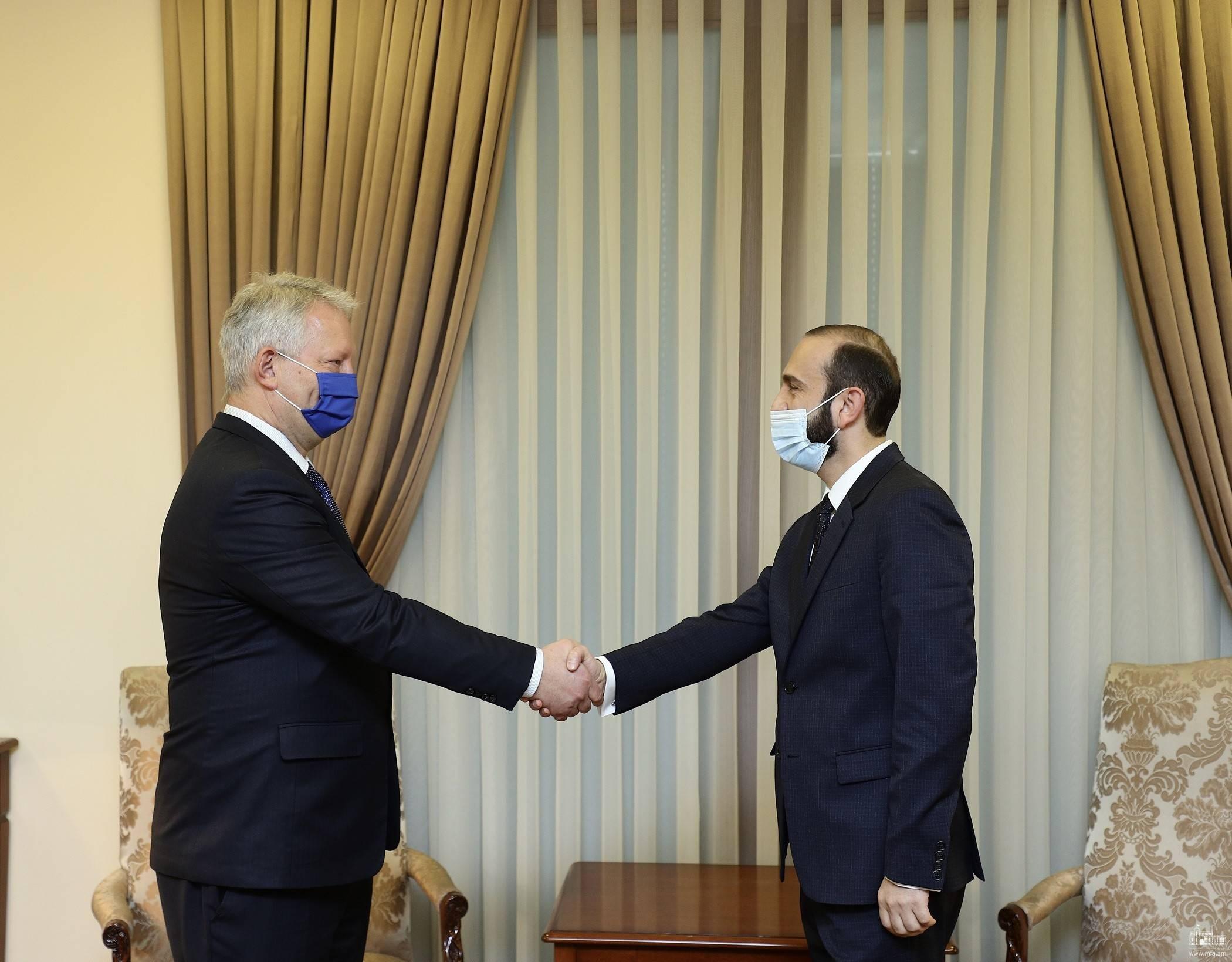 Mirzoyan briefed Richter regarding Azerbaijani incursions into Armenia and stressed the need for a proper and targeted response from the international community to prevent further escalations.

The two, according to a statement released by Mirzoyan’s office, emphasized the importance of achieving a comprehensive and lasting settlement of the Nagorno Karabakh conflict through peaceful negotiations.

The parties also discussed prospects of intensifying trade and economic ties between the two countries, especially in the fields of energy, education, science and culture.