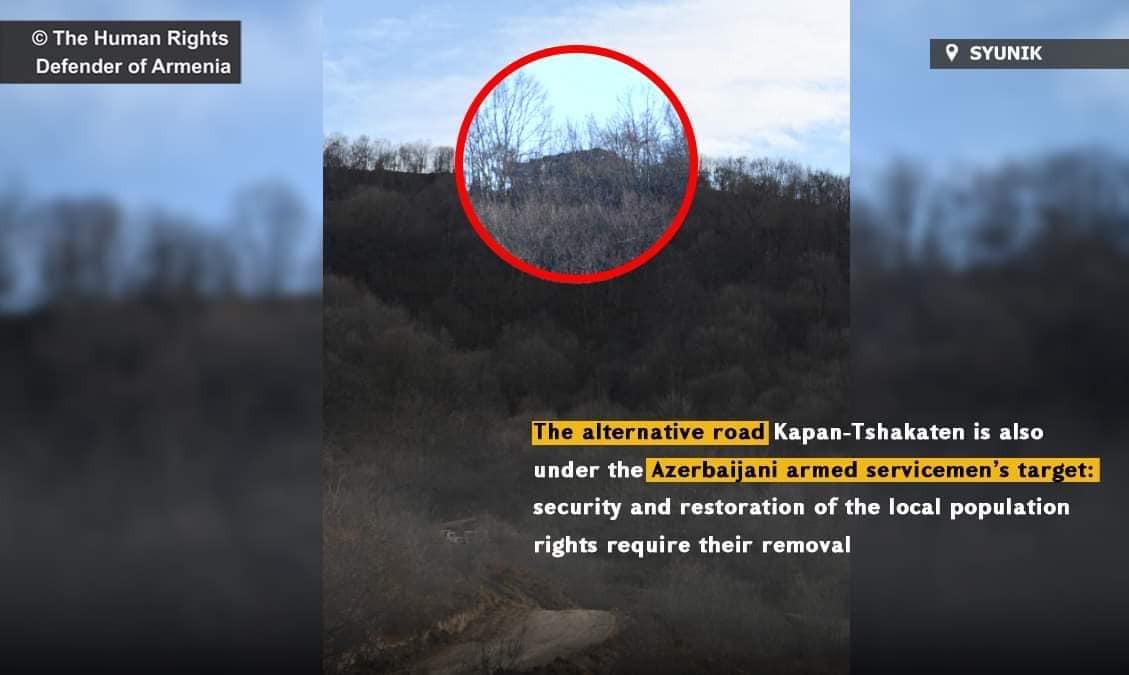 The secondary roadway was seen as the only alternative for residents of Tchakaten, Shikahogh, Srashen, Nerkin Hand, Tzav and Shishkert to travel to Kapan, the Syunik provincial capital, after Azerbaijani troops set up a customs checkpoint on a section of the main Kapan-Tchakaten artery.

The main road traverses the new border between Armenia and Azerbaijan

Tatoyan writes that parts of the alternate route are impassable, especially during the winter.

The Armenian HRD says that Azerbaijani troops must leave the area and a demilitarized zone created.

People using the main Kapan-Tchakaten road only had to travel eight kilometers. The alternate route is 150 kilometers long.