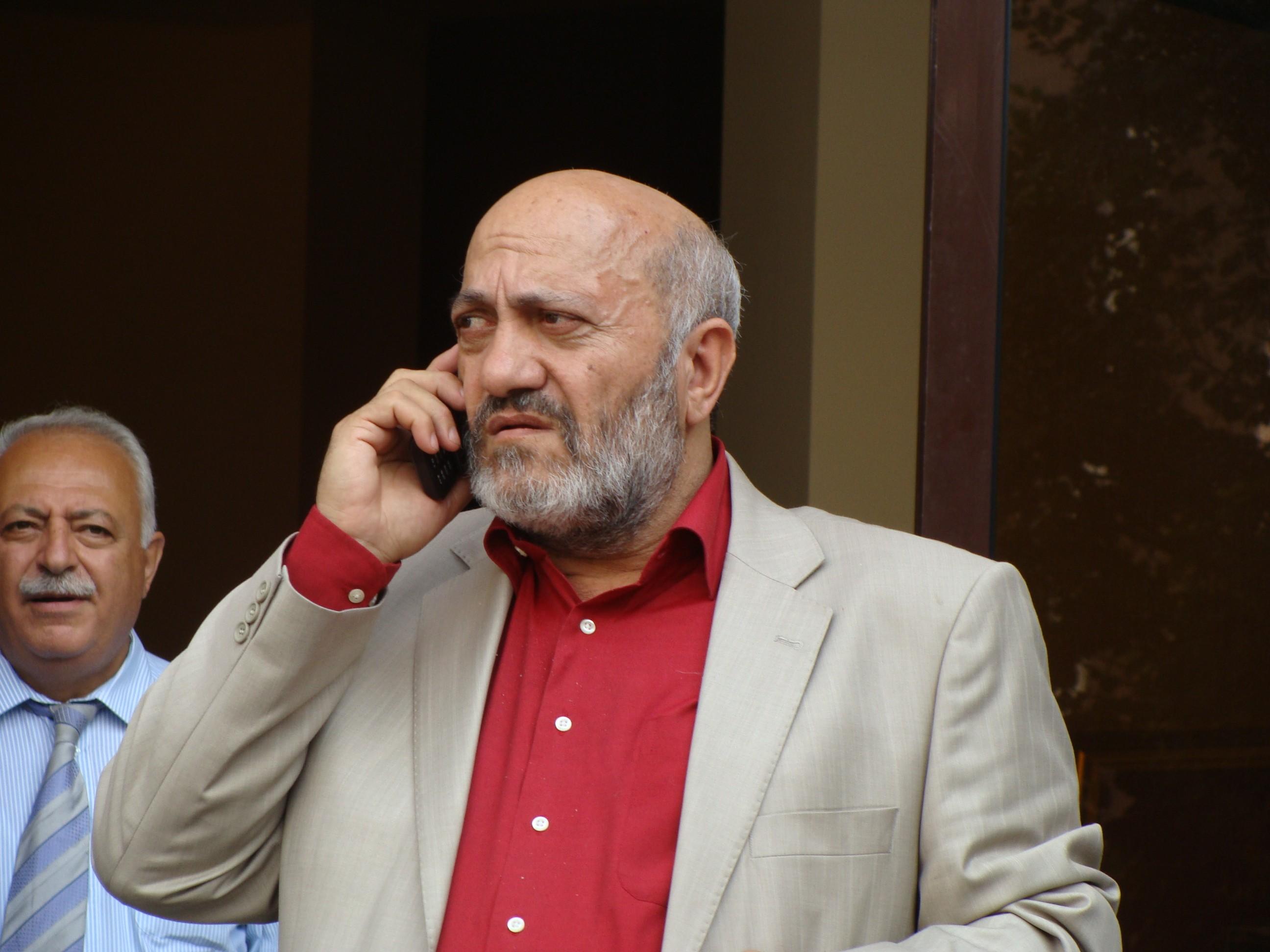 Disappearing and Damaged Art at the National Gallery: Why No Criminal Charges?

In 2010, a 19 century sculpture entitled “Satyr with Lyre”, by an unknown artist disappeared from Armenia’s National Gallery.

This fact was concealed for one year by the Gallery’s administration. It later tuned out that another ten art works had also vanished.

We wrote to the RA police, expecting some answers to the following questions:

1. Have they filed criminal charges in connection with the disappearance of these pieces from the National Gallery?
2. If so, has anyone been arrested? Have any cases been brought before the courts?
3. If criminal charges haven’t been filed, then why not?

The reply received from the RA Police says that criminal charges have not been filed against anyone in connection with the disappearance of the above pieces of art from the National Gallery. The Police say they will provide an answer as to why no charges have been brought under separate cover. 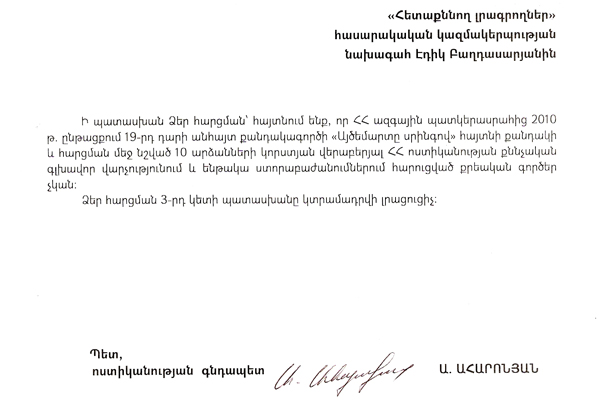 In essence, the official reply confirms that the pieces have indeed “vanished” from the Gallery and that they are aware of the fact.

Hetq also sent a similar letters to the General Prosecutor, the Ministry of Culture and National Gallery Director Paravon Mirzoyan (photo). We still haven’t heard back from them.

We should point out that the National Gallery has been plagued with a number of mysterious “vanishings” of paintings and sculptures.

So far, the details have been covered-up but sooner or later Director Mirzoyan will have to come clean with the facts.

I’d like to relate the following telling incident to our readers. It too was never criminally followed up.

In May, 2008, the Dutch and French exhibition halls at the Gallery became flooded with water. The water ruined five paintings and an 18th century Dutch cabinet (item # 1241/16504).

The ruined Dutch paintings dated from the 16-17th centuries and had an estimated value of several million dollars.  Hetq sources within the Gallery tell us that the most damaged paintings included the works of the Flemish painter David Teniers the Younger (1610 – 1690), the Italian painter Jacopo Bassano (1510-1592) and Leandro Bassano 91557-1622).

A work entitled “Destroyers of Birds Nests”, in the French exhibition hall, was also damaged. An art restorer at the Gallery, who preferred to remain anonymous, told me that only this piece could have been restored.

And the reason for the water damage in the first place? The answer, sadly, is typically Armenian.

The day of the flood, a film crew had been shooting in the Gallery. Afterwards, there was a party upstairs in the cafe. Somebody forgot to turn off the water faucet.