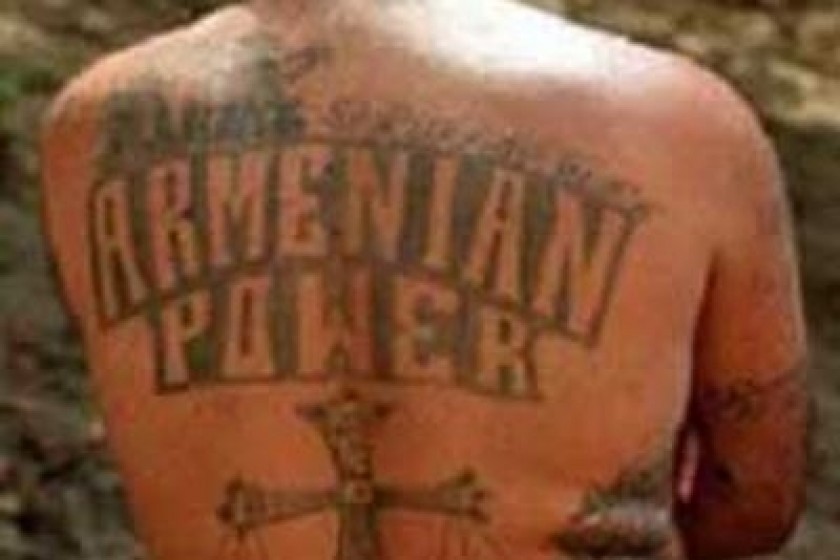 Interview with Martin Estrada, from the Criminal Division of the Office of the U.S. Attorney General (U.S. Department of Justice)

-In particular, what kind of offences are Armenians involved in?

So in terms of what we have investigated, we basically investigated organized crime in the Los Angeles, Orange Country and the southern California area. And obviously as you are aware by now there is a large concentration of people of Armenian descent in Glendale, Burbank, North L.A. County.

And it seems from the investigations that we’ve done that people with links to Armenia or the former Soviet Union or even just Eastern Europe, they have special abilities to commit identity theft. That’s because they have access to technology and they have access to tourists or others who come to the country. They can obtain their information, their names, social security number, and dates of birth, buy those from the tourists, or get involved criminally with them and then use that information to commit identity theft or fraud of some sort.

Based on our investigation, we found Armenian Power to be a very sophisticated enterprise because it has both street gang aspects and higher organized crime aspects. So it’s almost like a marriage of the old Italian Mafia and street gangs. They have power on the street based on young individuals, who pose as gangsters, and they are people who carry fire arms and do sort of the violent dirty work. But then, they have other associates who don’t get involved in the street gang, but they have expertise in fraud, money laundering, and things of that sort. And then there is a small group of people who sort of vie for control of these different aspects.

And the other interesting aspect (this is also discussed in the indictment) is that Armenian Power here has become more powerful than the traditional thieves-in-law. So the leadership of Armenian Power will deal directly on a level playing field with the thieves-in-law who come to Los Angeles. But they have a power (I mean leaders in Armenian Power) beyond the thieves-in-law because of their ties to the street, they have the soldiers and they have links to an incredibly powerful prison gang known as the Mexican Mafia. It is essentially a Hispanic street gang that controls the prisons both federal and state in California and throughout the country. So because the Armenian Power leadership has those connections, they have power on the street and they have protection in the jail.

-As far as I understood, based on your description, they are the strongest collection of criminals.

-And we consider them to be one of the biggest threats in Los Angeles.

-When information came to light publicly, there were references or talk that these folks also have connections to Armenia. Was anything proven to show that these folks have ties or contacts to officials in Armenia or the criminal world in Armenia?

-Yes, a large majority were born in the former Soviet Union and still have family or connections there. And the significance of that is that they have the connection to the tourists as we said from Russia and from Armenia. They also, on occasion, have fled America to go there to avoid prosecution. But probably more importantly is their connection with thieves-in-law. The leadership of Armenian Power is dealing directly with the Moscow and Armenian thieves in law, not just here. And the inference would be, although we haven’t gotten into this, is that there’s a reason they’re doing this; there must be some reciprocation in Armenia and Moscow.

-Does this mean you haven’t definitely established any proof of  a connection? Is it just an assumption that you have?

-No, there is concrete proof of connection. What we don’t know is what the thieves-in-law of Russia do for these guys in Russia and Armenia, if anything. Maybe it’s just a respect thing.

-Haven’t law enforcement agencies of Armenia cooperated with you?

-We haven’t requested any sort of cooperation because it’s not necessarily relevant to our investigations. In other related investigations we have requested assistance from the Russian government and we have been able to cooperate there.

-Is it possible that the names of criminals, or say Russian or Armenian officials, are ever mentioned during court trials here?

-And they also were talking about amounts that were being transferred to Armenia or Russia. Have they been incidents where you have been able to ascertain that such transfers of financial assets have occurred?

-That is probably an area I shouldn’t talk about because it’s not public.

-Why is it possible that in Los Angeles these groups are able to mushroom and evolve? How is it that this Armenian group has grown and prospered so?

-Los Angeles is one of the largest economies, there is a lot of commerce, there are ports, and there is proximity to Mexico which is the center of drug-trafficking. So there is a great deal of criminal activity in Los Angeles and these particular people we investigate have the ability to both deal with street elements like the Mexican mafia and also the more sophisticated elements like the thieves-in-law in Russia and Armenia. And they’re able to understand technology to commit identity theft and bank fraud. Those are the sorts of sophisticated crimes that normally aren’t committed by people involved in violent crime. But this group can do both.

-Also very prominently covered was the involvement of Armenians in this Medicare fraud, the one involving Pzo and these people. To what extent is that connected in any way with Armenia, the country, but specifically people in government or public service, or in the criminal underworld of Armenia?

-I don’t know any connection. There may be but I am not aware of. The Medicare fraud that we come across is largely a fraud that can generate millions of dollars of criminal proceeds. That doesn’t necessarily mean it goes anywhere else except in the pockets of the criminals. And it’s a very unfortunately common crime because there is a lot of paper work and a sort of trust involved in a paper work. So it’s not hard for someone who wants to commit a crime to commit Medicare fraud.

-The connections between Armenian Power and the Russian mafia are constantly talked about. Are there any links that Armenian Power seems to have with Eastern European countries?

-That information is not public.

-In general, are there Armenians employed in public law enforcement, the police, etc., in this region?

-There are many and I should stress that as I was saying we investigate people who commit crimes. And it just so happens that we’re investigating people of Armenian descent. So I don’t want there be a misunderstanding that we believe that people of Armenian descent are more likely to commit crime. And in fact, what I can say is that this group commits a great deal of crime, including violent crimes. And unfortunately the majority of their violent crimes and even a small percentage of their fraud crimes, target their own community, so they target other Armenians.

-That’s seems to be another unique trait of Armenian Power.

-Yes, although in many mafias we see them often targeting people from their own countries or areas. And it appears it’s one of the reasons because they feel like more easily intimidate them and put them in fear of going to the police.

-Who, from Armenian Power, has received the longest court sentence? If it is public knowledge, can you give their name and the sentence they got?

-No one has yet been sentenced to a high sentence. The most recent convictions were a trial in Santa Ana, where the lead defendant, whose name is Arman Sharօpetrosian, and he was the leader and organizer of bank fraud conspiracy which he was committing from prison and he has a long history of violent crime and that individual is looking at a very lengthy sentence in the range of 20 to 30 years.